The United States Postal Service exists in a strange limbo: it does not qualify as a federal agency because it is completely self-funded, yet it is subject to congressional oversight. That can be a frustrating situation for executives who must figure out how to function under the restrictions imposed by lawmakers.

Jeff Williamson, chief human resources officer at USPS, outlined four key changes he would like to see in postal reform legislation on week four of Agency of the Month, featuring the USPS for the month of July. They are:

Some of Williamson’s wishes may come true. One week after Williamson detailed this wishlist to Federal News Radio, the House Oversight and Government Reform Committee passed a postal reform bill, sending it to the House floor for a vote. The Postal Service Reform Act of 2016 would integrate Medicare into retiree health plans, and loosen legal restrictions on service flexibilities.

“It’s a plan our unions have endorsed,” Williamson said. “It’s also a plan that would allow our employees, the vast majority in retirement, to see lower costs out of pocket, and it would allow us to take advantage of being the second largest payer, or the second highest contributor into Medicare over the last 30 years.”

As for the pricing component, Williamson said that USPS was forced to roll back a 2-cent increase in stamp prices, which he said will cost the agency $2 billion annually.

“Right now, we don’t have the latitude to really innovate and offer different types of digital solutions,” Williamson said. “Whereas under an expanded offering, beyond core postal products, we would have the ability to enter different lines of business.”

On pension reform, Williamson said that the Office of Personnel Management should consider USPS’ demographics, as opposed to the demographics of the entire federal government, when calculating the agency’s liability.

“We believe that as a self-sustaining and self-funding organization that our long-term liability should be based on the demographics of our workforce and the salary growth assumptions of our workforce, not of the rest of the federal government,” he said.

A different kind of workforce

When referring to the demographic differences between the USPS and the rest of the federal workforce, Williamson noted a few specific distinctions. Because a significant portion of the USPS workforce is more blue-collar, the salary growth trends are different for the USPS. USPS employees also tend to be older, and stay with the agency longer.

“It is not unusual for us to be giving out 40-year services awards, even 45 and 50 year service awards in many cases,” he said.

One reason employees tend to stay around so long is because USPS offers a number of opportunities to create a career path. Williamson said that the last three postmaster generals began on the front-end of the USPS, as letter carriers and postal clerks.

Due to collective bargaining agreements, Williamson said almost 35,000 personnel were converted into career employees last year. The USPS will also hire between 1,000 and 1200 non-craft employees, many of whom will have been the subjects of recruitment campaigns for technical positions.

“We are a fantastic organization for industrial engineering,” Williamson said.

Williamson himself has been with the agency for about 11 years, although many senior executives have been around much longer.

“I joined the Postal Service a little over 11 years ago,” Williamson said. “I’m a newcomer. I actually hit double digits, which is something I’m actually very proud of, because I didn’t think that I would make it that long, quite frankly.”

Training is integral to ensuring the organization operates smoothly.

“We are an extremely technically capable organization,” he said. “When you think about the ability to walk down the street and drop a letter in a blue collection box and a couple of days later have it go from Washington, D.C. to California, most people don’t really think about it.”

Meanwhile, Williamson said about 60 people are hiring into an 18-month extensive leadership training program. They’ll spend time in various positions throughout USPS, including HR, IT, sorting facilities, and even on delivery routes.

“Understanding and seeing what happens on a daily basis behind the curtain is really foundational to understanding how you can positively impact that,” Williamson said. “So those rotations, those observations, not just in the initial programs but throughout your career, is absolutely critical to being effective in these jobs.”

Even the front-end employees, like letter carriers, undergo extensive training. For one thing, they have to learn how to drive from the right side of a vehicle, which is difficult. Another focus is situational awareness; dogs, weather, terrain and other people can all present physical hazards to mail carriers.

“Safety is always a top priority,” Williamson said. “When you think about the demands of having 200,000-plus employees on the street every day, six, sometimes seven days a week, these incidents unfortunately do happen.“ 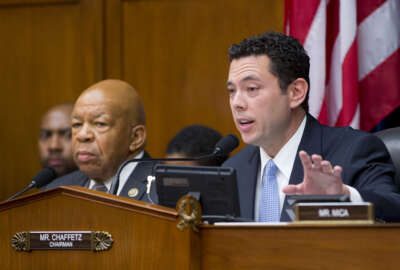 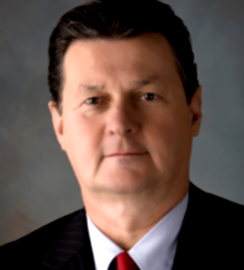 From e-commerce to drones, USPS looks for competitive edge 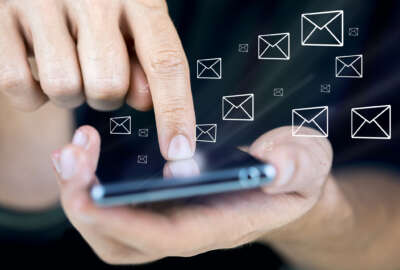