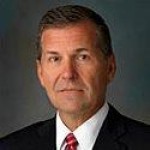 Most people don’t know that the U.S. Postal Inspection Service is one of the oldest federal law enforcement agencies, tracing its roots back to Benjamin Franklin, the first Postmaster General. Most people don’t even know it exists.

That’s why it’s looking for new and innovative ways to reach out to the public, make its existence known, and inform the public about mail-based threats to law and order.

One way the USPIS is getting the word out is with a new show, “The Inspectors,” a Saturday morning police-procedural on CBS that educates children about, among other family friendly subjects, postal crimes. The episodes are based on real cases from the USPIS, which has a large part in the creation of the show.

Another way it’s been informing the public for years is by filming pieces for local news stations around the country. Victims or inspectors discuss a new scheme in order to inform the public without them realizing they’re being educated.

One of the most high profile cases investigated by the USPIS, alongside the FBI and other federal law enforcement, was that of the Unabomber. According to Cottrell, no one has been killed by a bomb in the mail in at least 10 years.

He said that training for postal inspectors has changed since then. USPIS used to train people on what to do after a bomb had exploded, focusing on investigation rather than prevention. Now, it trains all employees, not just the inspectors, to look for suspicious powders, liquids and other items.

Cottrell said that postal inspectors have responded to more than 5,000 different employee-reported incidents in the last two years to investigate potential bombs and other threats.

Another recent change the postal inspectors have had to adapt to is the search for narcotics. Drug dealers have been mailing drugs across the country, so much so that the USPIS has created its own program to deal with it.

The postal inspectors have to walk a fine line when investigating these potential crimes.

Another one of the inspectors’ duties is investigating frauds and scams. One prominent one is called “the grandparents scam,” in which elderly people are informed that their grandchild is in jail overseas, and are prompted to wire money for their release. Another is the lottery scam, in which they’re informed they’ve won a prize, but have to send in a fee in order to collect.

A number of these schemes, Cottrell said, are currently coming out of Jamaica.

These frauds are why educating the American people is so important: prevention is the best way to handle these crimes.

Sometimes the USPIS teams up with other agencies, like the FBI, the Federal Trade Commission or the U.S. Attorney’s Office. Various agencies will find a pattern of a number of people who have been victimized by common fraud schemes, so the agencies launch a joint investigation.

Cottrell said that although the number of people sending individual – versus corporate bulk – mail items has dropped, the number of incidents of postal crimes has remained roughly the same.