The Department of Homeland Security is thinking holistically as it upgrades its technology. Rather than having each agency consider what it needs in a vacuum, the department is thinking about how it can introduce new technologies or integrate existing systems to streamline workflows across multiple agencies, and even departments.

For example, it launched a program to streamline data collection among the 47 different agencies that deal with goods coming into the country. The program’s goal...

The Department of Homeland Security is thinking holistically as it upgrades its technology. Rather than having each agency consider what it needs in a vacuum, the department is thinking about how it can introduce new technologies or integrate existing systems to streamline workflows across multiple agencies, and even departments.

For example, it launched a program to streamline data collection among the 47 different agencies that deal with goods coming into the country. The program’s goal was to create a single portal to collect the necessary information and streamline the business process to make it more efficient.

At the beginning of the program, there were no clear requirements. So the agencies did conference calls and workshops, and used agile development to create the software as the needs evolved.

“Once we established what the priority was, what the scope of the project was and who the players were, we then were able to bring them all together, establish a schedule, and establish a basic requirement list,” Brenda Smith, executive assistant commissioner for trade at Customs and Border Protection said on DHS 15th Anniversary.

Each agency had different requirements: one needed regulations, one needed automation, and another needed policy and legal decisions. In the end, the project wound up automating over 200 paper forms so that the data would be collected in a single place, and the government would be able to respond from that place. That made the process more efficient and predictable for both the government and industry.

“While this was a government effort, we relied very heavily on interaction with the private sector that was sorting through their own milestones and complex systems to implement,” Smith told the Federal Drive with Tom Temin. “Really, what we found at the end of the day was most critical was to be sure that there was very good communication and very good information flowing back and forth so that we understood where the barriers were and people understood where we were trying to get to from a technical and operational perspective.”

Smith said that agencies working with private sector should remember two pieces of advice. First, communicate early and often. Second, recognize that no solution will be perfect for either the government or industry. Instead, both parties should shoot for a middle path of solutions that are acceptable to both sides.

She said the hardest part about working with the private sector was reestablishing credibility after failures to deliver on certain promises. She said industry has to invest time and money into upgrading its IT systems for a project like this as well, and it’s hesitant to do so if it doesn’t have confidence that the government can deliver.

Meanwhile, DHS Science and Technology is working on developing Flood Apex technology to help other agencies like FEMA respond sooner and mitigate recovery from floods.

“Early warning, monitoring and detection is the key component to addressing the losses and damages, the fatalities and costs of flood,” Flood Apex Program Manager David Alexander told the Federal Drive with Tom Temin. “It also provides us with meaningful and useful data in terms of informing risk reduction and mitigation strategies. We don’t always want to be in the response mode. We would like to strengthen communities’ resilience to flood risk up front, be better prepared and not always responding to the hazard at hand.”

The initiative has a number of pilot programs that are testing new technologies and trying to validate and refine research objectives. One such program is trying to create low cost, more portable, adaptable, scalable sensors that will detect rising water and use new alerting protocols to communicate information for broadcast to those at risk.

“If we can start to deploy more affordable rising water flood sensors in areas that aren’t just along the stream, we get two benefits: one benefit is that we can quickly identify a risk and then communicate to those that are most in danger, for example, the emerging smart car autonomous vehicle market. That sensor could determine that there’s rising water ahead. It could then notify an oncoming car to take precaution, an alternate route, reduce the speed, and reduce a significant number of fatalities,” Alexander said. “We could also use those sensors to then communicate to our predictive analytic engine additional information that will then allow us more accurate, precise understandings of how to communicate larger warnings. And that in turn would inform mitigation investments on ‘where do we need to do additional flood-proofing investment for a community?’”

Alexander said that urban flash-flooding is a growing risk; urban centers frequently rest on impervious surfaces, relying on storm water management systems to alleviate the excess rather than expecting it to be absorbed by soil and filter into the water table. But these water management systems are easily obstructed. That’s another function these sensors can fulfill: monitoring for obstructions to improve the movement of water.

“We’re not going to stop the rain, but we can better manage the water that is occurring from that rainfall,” Alexander said.

He said the program is currently working on deciding what uses these sensors will fulfill, and how to do that while making them as small, cheap and durable as possible. 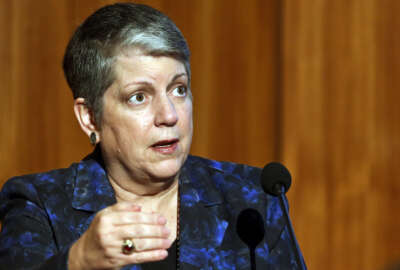