The Department of Homeland Security is trying something outside of the standard reorganization playbook. Instead of deciding at the top what is best for the various components of the sprawling department, it’s taking the next step in a logical progression of programs it had already begun to track down and fix problems where they live, and so effect change from the bottom up.

“You can’t just say an entire agency has this problem, or an entire agency does this well,” Claire Grady, undersecretary for management at DHS, told Jason Miller on DHS 15th Anniversary. “It really is looking at the local level to make sure we’re recognizing where there is excellence —and there’s a lot of excellence hidden across the department— and where there’s some areas where we can improve.”

Grady, who is also currently performing duties of the deputy secretary of DHS, said that instead of reshuffling employee locations, DHS is focused on improving processes and leveraging resources at the department to increase efficiency, resonating around the mission rather than considering larger-scale reorganization.

This particular focus stems from a program DHS began more than two years ago to improve its Federal Employee Viewpoint Survey scores. The agency was having a difficult time with morale, so it began trying to improve communication with employees. Then-Secretary Jeh Johnson created the Employee Engagement Steering Committee to speak with employees from each of the components to understand both the challenges and opportunities that leadership isn’t aware of.

Grady said gaining that bottom-up perspective was important to improving morale, which has risen, according to the FEVS, over the past two years.

So DHS is trying to extend that approach into its reorganization efforts.

“We took full advantage of the smart folks who are across the department, and said, ‘What are the things that you’ve looked at that you’ve said would really help our department be that much better, that much more effective?’” Grady said. “We got a bunch of ideas from across the department. I think that was a tremendous strength because it wasn’t just people sitting at headquarters saying ‘I know the right answer,’ it was folks across the enterprise: in the field, in different regional offices, in the headquarters offices who offered ideas.”

And those ideas are informing other efforts, like the modernization of the department’s financial, case management and IT systems. Understanding the localized challenges is offering the department an opportunity to create enterprise solutions that increase efficiency across the various components.

“One of the things we’re looking at is not just how we can leverage technology, and how we can modernize the systems we have, but how do we as a department function to deliver those services, and asking the hard questions about what’s the best way to accomplish that,” Grady said.

For example, DHS determined that one important part of modernizing its financial system was that it needed integration among all the different components, so at the very least different agencies could access each other’s data. For example, Immigration and Customs Enforcement should be able to see whether an individual made a required payment to U.S. Citizenship and Immigration Services.

Grady said that led to a combination of modernizing old technology and collapsing unnecessary duplications among the components. Likewise, with IT modernization efforts, DHS isn’t just focused on new technology, but is considering whether or not a particular piece of equipment or part of a system is even necessary to complete the mission.

And case management is being addressed across the department as well, with an intent to integrate and reduce customization as much as possible to facilitate inter-agency communication.

“Who has case management requirements? Can we come up with common core requirements to meet those needs?” Grady asked. “All of our requirements are now going through the [Joint Requirements Council] to look for and leverage those opportunities where we might have common needs, recognizing that it might not be a 100-percent solution, but an 80 percent solution might be what we need, and what we can deliver more quickly.”

Grady worked at DHS 10 years ago, then worked for the Coast Guard and the Defense Department before coming back to DHS. In those 10 years that she was gone, Grady said the department made lots of progress in efforts like these, where DHS has learned to take both a localized and an enterprise view. Everything, she said, is interdependent, and the question is “how do we deliver our mission better by maximizing resources?”

Another example she offered is DHS’ department-wide hiring fairs. She said she personally got to experience one that was two days long, where every component of the department was present and they fielded more than 2,500 applicants, making a number of hires on the spot.

But that also includes a willingness to look outside the department to other agencies, and reproduce good ideas when possible.

One of the ways DHS accomplished this was to mimic DoD’s acquisition workforce and structure.

“When I first came to the department, we had precisely three certified categories of acquisition professionals: contracting officers, program managers, and contracting officer representatives,” Grady said. “We now have 13 different specialties that mirror DoD’s acquisition professions: things like systems engineers, logisticians, business financial managers, the whole spectrum of capability that you need to successfully deliver capability to the field. I think that has made a huge difference in terms of the investments the department has strategically made over time in our acquisition workforce to make sure we have professionals with the qualifications, experience and training to handle the acquisition programs that we are entrusted to run.”

And military experience has helped DHS in more than just acquisition. Grady said having military experience in top leadership at the department has brought a sense of discipline that was missing in the early days, when the mission involved a greater sense of urgency. That sense of urgency still exists, she said, but leadership has recognized that a disciplined process is quicker and more efficient.

“So we didn’t try to replicate DoD, but we learned from DoD in a big way,” Grady said. 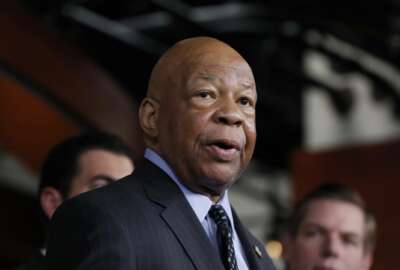 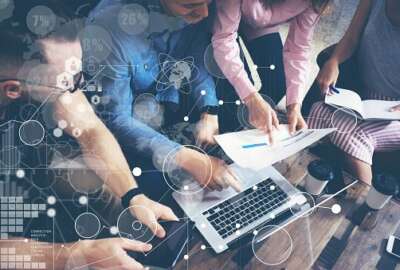 For DHS, improving employee engagement is not one-size-fits-all