Ever since the Office of the Secretary of Defense and the Air Force issued guidance last fall to prioritize moving IT systems to commercial clouds, the Air Force Lifecycle Manage Center has been working to comply.

Mark Bacon, acquisition program manager for the Center’s Managed Service Office (MSO) at Hanscom Air Force Base, said seven applications have migrated to the cloud so far. And many more are to come.

“We’re starting to build our queues to migrate apps to comply with that direction,” Bacon said on Federal Insights: Managed Services. “Right now the queue we’re building of apps is currently in the hundreds … and we anticipate that’s going to grow into the thousands very quickly. We know the demand is increasing dramatically and we’re trying to scale up to meet it.”

MSO acts as the “cloud broker” for nearly 3,000 enterprise applications and migrates services from Air Force functional areas to commercial and DoD Cloud Service Providers, according to Bacon’s Linkedin profile. He said the office is part of a larger team called a common computing environment.

“I am involved in the brokering decision on which cloud might be best for a given application that comes in,” he told Federal News Radio’s Jared Serbu on Federal Drive with Tom Temin. “And the way we do that is we kind of have some discussion with app owners and our technical folks and they ask some pointed questions about the technical characteristics of the applications. And from what we see there’s a connection from some technical aspects of application.”

He described the common computing environment as that which provides security and the authority to operate for the environment, and which provides common services to centrally fund and manage. So far, MSO has set up enclaves with the cloud systems Amazon Web Services and Microsoft Azure and Bacon said they are moving up to impact level 5 — that includes areas such as HIPAA, national security systems and other information just outside the classified designation.

“What you’ll find if you talk to other people at the DoD level especially is that Amazon Web Services has been, is pretty far ahead of the cloud service providers,” Bacons said. “Microsoft is catching up fast.”

He added that MSO looks for other cloud environments as well, and the Google and IBM are being monitored for potential future use.

“We’ve had some successes, some failures migrating into DISA and it’s been a little bit costly for us as the Air Force to host stuff there,” Bacon said. “So even DISA and the DoD have realized maybe commercial cloud’s a better way to go.”

Migrating into DISA hosting environments proved costly due to MSO needing its own 24/7 data center and DISA’s growing pains. As the federal government, Bacon said they cannot expect to match the investment in migration services made by AWS or Azure, for example.

When it comes to prioritizing which applications are migrated first, Bacon said MSO defers to functional managers. These include areas such as pay and personnel, operations, logistics and other financial divisions.

“Those functional decide what their priorities are and we just kind of merge those together into one queue of apps awaiting migration,” he said.

In some cases, Bacon said MSO is looking at refactoring applications to move from cloud to cloud.
“There is a certain amount of work that needs to be done on these applications to take them from their legacy environment into a commercial cloud,” he said.

Bacon said MSO set up a kind of front door for migrating application and designed its website to let mission owners know what happens to their applications once they migrate. Some functional application owners may be confused to why they’re being asked to migrate, particularly if things are already working for them.

“But Air Force leadership has done a pretty good job of convincing them it’s more economical to go to the cloud and then, DoD and Air Force have just come out and said ‘thou shalt,’” Bacon said. “So they know they have to go.” 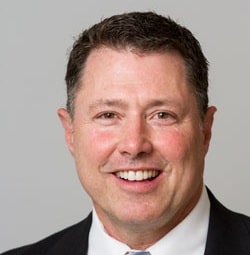 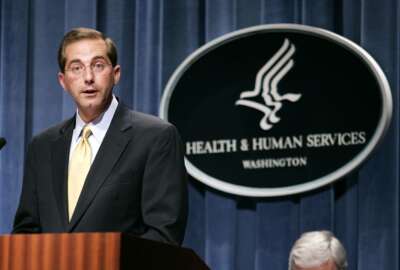 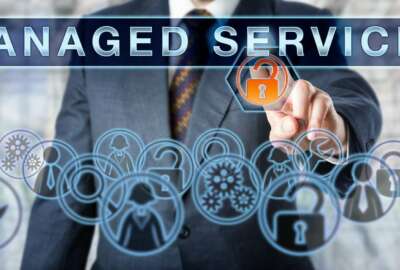