Every quarter, roughly 100 agencies submit trillions of dollars’ worth of federal spending data to the Data Lab, a platform housed on the Bureau of the Fiscal Service’s website USASpending.gov. Organizing that data, and helping researchers and the general public alike make sense of it is Data Lab’s mission.

Every quarter, roughly 100 agencies submit trillions of dollars’ worth of federal spending data to the Data Lab, a platform housed on the Bureau of the Fiscal Service’s website USASpending.gov. Organizing that data, and helping researchers and the general public alike make sense of it is Data Lab’s mission.

Data Lab’s founder Justin Marsico, product Manager for Research and Analytics at the bureau, said the platform is meant to help make federal spending data interesting for people. Using visualizations and a standard data set for submissions are key to making it user-friendly.

“Our thinking was it’s really good to provide all of this data so that people can use it and understand it and build their own use cases but we want to look inside of the data ourselves and find interesting stories so that we can show the public why this is interesting data,” he said on Federal Monthly Insights: Data and Analytics Month.

Daniel Cain, acting director of data transparency at the bureau, said the team regularly tracks who uses Data Lab and for what purposes, as well as how long they spend on the page.

“I’d say the trends that we’ve seen so far since we launched the new version of USASpending.gov in April [have] been very positive,” he said on Federal Drive with Tom Temin. “The number of visitors to the site has been climbing pretty steady every month, especially relative to the legacy version of USASpending.gov. So we’ve seen a really positive reaction and we’re optimistic that those numbers will continue to grow.”

He said the website’s most popular is the advanced search page, which is modeled after an e-commerce site and lets users filter through contracts, grants loans and direct payments to citizens.

“I really think it’s a powerful tool to get to a real granular level if you know exactly what you’re trying to find,” he said.”

What the data shows

So far, the Data Lab team has published seven projects to USASpending.gov about grant funding analyses, federal accounts and contracts. In its latest contract spending analysis, Data Lab took a decade worth of numbers and observed a pattern of peaks and troughs throughout the fiscal calendar.

“We see some uptick with the [American Recovery and Reinvestment Act of 2009], peaks in fiscal year [2010] — that kind of tapers off a little bit over the next couple of years,” Marsico said. “The sequester hits. We see that trend continue a little bit further and we actually see, between the peak in 2010 and the bottom in 2015, actually a 27 percent drop across the government in spending on contracts. And then that picks back up again once the sequester wears off.”

Marsico also described a “seasonality” in contract spending, wherein the last week of December usually has a 6-to-8 percent spike in federal contract spending, as well as roughly one peak per month. Huge spikes in September, at the end of the fiscal year, were also common due to new contracts.

Marsico said the team also examined the product and service code categorization scheme, which he said, in a nutshell, tells them what the government is getting out of each contract. Data Lab rolled hundreds of categories into seven to be more understandable, and USASpending.gov shows three of them in one chart: facilities/equipment/construction, professional services/education/training, and weapons/ammunition.

“Facilities/equipment/construction is the category that we find really large spikes at the end of the fiscal year, whereas the weapons/ammunition category — very small spikes,” he said. “We actually observe the difference in variance … is a factor of 50.”

Looking ahead, Cain said Data Lab is meant to provide more transparency for tax payers about where their dollars are being spent. This requires a bit of education.

“We’re doing this in a few ways. One is we’re just trying to use engaging visualizations of the data,” he said. “And we’re trying to kind of show this complex data by visualizing it. But we’re also trying to develop engaging stories or examples of the potential value of this data and that’s what the data lab’s trying to do. And I think that’s the next step is we continue to show users and show people who are interested in this data how valuable it can be.” 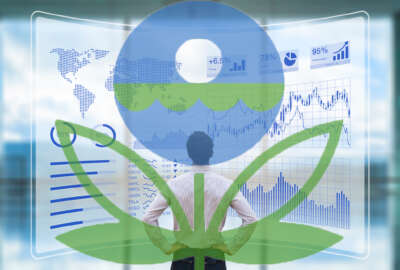 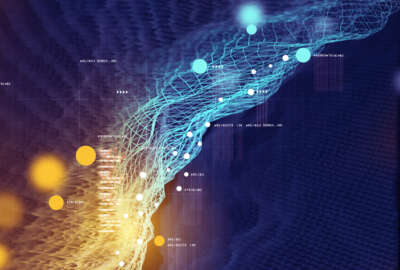 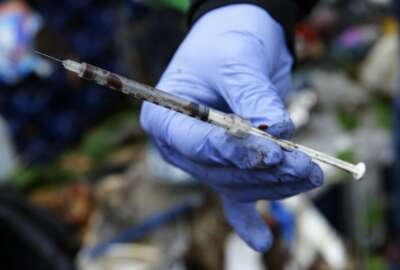