Open systems as a concept has changed several times in its nearly 20-year history. When trying to make legacy software compatible with other systems, the technology needs to evolve to meet the current need.

“That was a big focus of how we’re trying to transform the Defense Department’s acquisition practices to get smaller, in terms of the increment of capability, but broader and more comprehensive and complex in terms of the capability we’re providing out to the warfighter,” he said to Federal News Radio Executive Editor Jason Miller on Federal Monthly Insights: Open Systems Month.

Guertin has been working on open systems since the Clinton administration, when the Berlin Wall had fallen and so did defense research and development spending. At the time, Guertin was the chief engineer for combat control and said that Russia still had “very capable” submarines and the U.S. Navy wanted to improve its own resources.

“Our fleet came to the acquisition folks and said, ‘We don’t care what it looks like just make it better,” he said on Federal Drive with Tom Temin. “We were just looking for whatever we could to bridge this divide between acoustic capability and tactical performance for the Navy. That was when Mil-Spec was no longer required as a default situation and we were allowed to get creative and we did.”

He said they even “got creative with the legacy model of support.” Their first in open systems was an acoustic rapid [commercial off-the-shelf] insertion program and Guertin said it was the first time they had used commercial technology and modern software development practices to create military capability.

“We looked at how do we migrate that from submarine sonar into the rest of the submarine?” he said. “Then we looked at how do we apply that to the rest of the navy with integrated warfare systems on surface ships command and control systems … And that’s how it grew out of one place that showed success, was able to let go of older buying practices and get innovative in how we were requiring capability.”

Big organizations such as the Navy do not change quickly or easily, he warned. They still had to change their contracting guidance so that the service would know how to ask for open systems and evaluate the deliverables. According to Guertin, former Secretary of Defense Ash Carter read the guidance and asked that it be made available for rest of the military.

“We’re not done and we still have a ways to go but we can see what that direction is starting to look like,” Guertin said.

But he did say that more and more contracts across the defense services are coming out with open systems as a default starting point. Guertin said the Army and Air Force have made considerable progress in this area; meanwhile, he keeps an eye on the commercial sector.

“Getting those kinds of activities and preferred practices into the machinery like the defense acquisition guidebook, the acquisition framework, the instruction for how to buy systems — we actually worked those things into those foundational documents and now those are the default starting point as people who come in and start new things or figure out how to upgrade the things that they have,” he said. “It’s evolving into the machinery of government.” 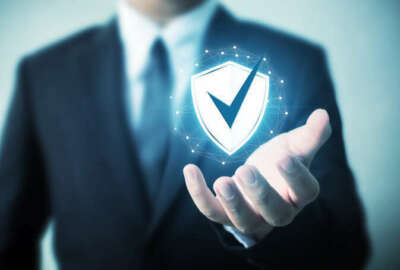