Army looks to revamp its intelligence enterprise from the ‘bottom-up’

The Army is in the midst of a clean-sheet review of its intelligence corps, ranging from the way it trains and allocates its personnel to the technologies and systems troops use at every echelon of the service’s command structure and in every combatant command they operate in around the world.

Officials have termed it a “bottom-up review,” connoting a post-Cold War effort by the same name that restructured much of how the military operated after...

The Army is in the midst of a clean-sheet review of its intelligence corps, ranging from the way it trains and allocates its personnel to the technologies and systems troops use at every echelon of the service’s command structure and in every combatant command they operate in around the world.

Officials have termed it a “bottom-up review,” connoting a post-Cold War effort by the same name that restructured much of how the military operated after the fall of the Soviet Union. Lt. Gen. Robert Ashley, the Army’s deputy chief of staff for intelligence, said he and his colleagues decided a sweeping examination of the service’s current capabilities was necessary because there are some missions its current plans don’t fully account for and potential gaps that might leave it unprepared for the next decade of warfare.

As an example, he cited the need to collect and process open-source intelligence.

“That is a huge area for growth, but it’s nowhere in our force structure,” Ashley said Wednesday at an Institute of Land Warfare breakfast. “So you’re seeing folks take all-source analysts and migrate them exclusively to open source, but it’s an area that we’re still developing in terms of tradecraft and tools.”

The review is being led jointly by the Army’s Intelligence Center of Excellence (ICoE) and its Training and Doctrine Command (TRADOC), who are currently in the process of surveying commanders at all levels about what they believe their intelligence needs will be between now and 2025.

Ashley said the Army has received about 3,800 responses so far, and he expects to brief Gen. Mark Milley, the Army chief of staff, on final findings and recommendations sometime this summer.

“We are literally going across the Army, from battalion and above, and asking, ‘What is the capability and capacity you need from your intel corps? We’re going to go back to the senior leadership and say, ‘This is what your Army — not just the intel corps, but the maneuver leadership — has told us they need,’” he said. “I want to be able to make the case based on empirical data with good rigor behind it, not just my 38 years of gut instinct.”

The review started relatively small, but has since expanded to the point where teams from TRADOC and ICoE are examining 12 distinct focus areas ranging from training and certification requirements for Army intelligence officers to the ways those officers conduct interrogations, future requirements for airborne and geospatial intelligence surveillance and the ways in which the Army interacts with DoD combat support agencies, such as the Defense Intelligence Agency, in combat formations.

“Part of that is taking a look at the seniority we have in some of the billets at our lower echelons,” Ashley said. “At the brigade and battalion level, we have pretty junior soldiers as our [staff intelligence officers], so we may want to raise those by a pay grade or so. When you’re at a higher-level formation, you can turn around for help to a graybeard who’s more senior than you, but when you’re at a battalion, the most senior person is you. I was a battalion S-2 as a first lieutenant.”

Ashley said he also hopes to use the review to help harmonize three warfighting disciplines that are dependent on one another but not yet integrated: signals intelligence, cyber and electronic warfare.

With regard to the technologies the Army will procure to pursue that approach, officials plan to brief members of industry on the results of the bottom-up review during a classified session on June 29 in Chantilly, Virginia.

Those discussions will be part of what has, until now, been a once-per-year Army Intelligence Industry Day, but Ashley said the service needs to hold more “rapid-fire” engagements with industry — perhaps once every quarter — in order to ensure it has an adequate grasp on current and emerging technologies.

The Army took a similar approach recently with its Distributed Common Ground System (DCGS-A), the sweeping set of IT systems for intelligence collection, processing and analysis that’s been controversial on Capitol Hill for several years, but only in response to a December 2017 congressional mandate which ordered the Army to rapidly acquire commercial-off-the-shelf technologies that make the current DCGS increment easier to use and require less training for soldiers in tactical environments.

Another provision in the Defense authorization bill required the Army to stop building customized software for DCGS-A if there’s a commercial alternative that meets at least 80 percent of the government’s requirements.

Based on those mandates, the Army quickly initiated informal discussions with 27 vendors earlier this year, telling them that there are six key functions intelligence soldiers working at the battalion level need to be able to perform. Nine of those vendors were able to show that their products could do at least 90 percent of what the Army wanted, and are currently showing off their wares in a multi-week demonstration at Fort Huachuca, Arizona.

“It’s not a formal procurement at this stage, but we appreciate industry coming out and doing this on their dime,” Ashley said. “It’s also an opportunity for us to refine our requirements for DCGS-A. We may see some things that we didn’t necessarily ask them to do that we might be interested in in the future. It’s a great opportunity for seeing what some of the capabilities are at the battalion level, where we need something that’s intuitive and we can put it in place rapidly. We’ve got to be more agile. If you can be seen, you can be hit, and that’s something we’ve got to get back into our DNA.” 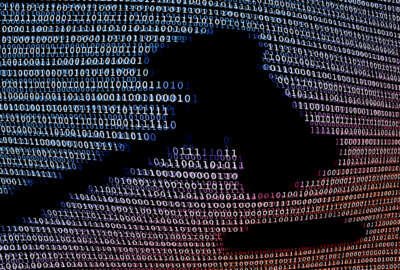 Palantir to sue Army over intelligence-gathering IT contract 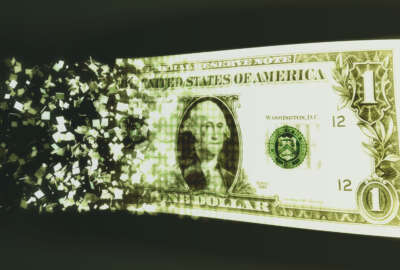 In fight over intelligence IT system, Army prioritizes access to data