The Defense Department is beefing up its cyber investments in the military intelligence arena by shifting some of its 2016 funds.

A large chunk of the funds will go to expanding the U.S. Army Intelligence and Security Command (INSCOM). The command, which conducts intelligence, security and information operations for military commanders, is set to receive about $6.2 million.

That money will go toward rapid research and development of low-density, non-standard technologies for cyberspace intelligence operations.

“Without immediate funding, INSCOM will not be able to conduct the necessary system engineering changes to optimize the cyberspace platform, develop and modify cyberspace payloads, or conduct developmental and operational testing evaluation that enables the cyberspace mission,” the reprogramming action stated.

DoD is also dropping money into the military services’ IT, cyber and intelligence funds.

Those architectures are needed to create the Intelligence Community Information Technology Enterprise or ICITE. The ICITE network connects the intelligence agencies and military services all over the world to a common IT system.

Other services are also integrating in ICITE. The Army just restarted its ICITE initiative after a few years of delay. The service is slated to begin a small common desktop environment adoption pilot in 2017 that will create momentum for a larger movement in 2018 and 2019.

The Air Force is grabbing another $7.5 million for sensor and awareness systems. Funds will go to recapitalize Arc Storm system sites and upgrade system components. Those will be used to locate hostile electromagnetic interference of U.S. and allied satellites.

Other parts of the $7.5 million will go toward the Integrated Broadcast Service Enterprise, which provides near-real-time lethal warning and situational awareness to joint forces and coalition partners.

In the grand scheme of DoD’s more than $600 billion budget, the recently released reprogramming seems tiny. But the direction of the funds does reiterate the Pentagon’s increasing push toward cyber and space.

“Cyber operations and cyber security is a sustained area of focus for the Pentagon, and they will take advantage of the opportunity to add additional resources to that effort,” Katherine Blakeley, a research fellow at the Center for Strategic and Budgetary Assessments, told Federal News Radio.

This isn’t the first time DoD has reprogrammed funds for cyber initiatives. In August, DoD requested to reprogram $100 million to uncover flaws in major weapons systems.

DoD already had $200 million set aside for the project, which it is required to inform Congress on in 2019. 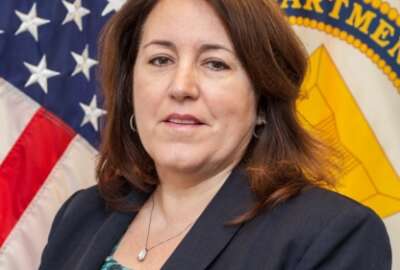