The Army Rapid Capabilities Office is delivering some of its first electronic warfare capabilities to soldiers in Europe.

Soldiers in the 2nd Cavalry Regiment, 173rd Airborne Brigade, 1st Infantry Division are the first to receive prototype systems that fight against adversaries on the electromagnetic spectrum.

The Army Rapid Capabilities Office is delivering some of its first electronic warfare capabilities to soldiers in Europe.

Soldiers in the 2nd Cavalry Regiment, 173rd Airborne Brigade, 1st Infantry Division are the first to receive prototype systems that fight against adversaries on the electromagnetic spectrum.

“For the last 16 years, 17 years, the U.S. has been at war in a counter insurgency fight with all of its assets focused on winning in Iraq and Afghanistan. In that time, our near-peer competitors have studies our concepts, have studied our tactics, techniques and procedures. They’ve invested in areas where they believe they can defeat our strengths,” RCO Director Douglas Wiltsie told Federal News Radio in a Feb. 8 interview.

Wiltsie said the reason the Army is pursuing a quick development of electronic warfare capabilities to fight in Europe against adversaries like Russia.

The capabilities will help soldiers maneuver in ground operations without being disrupted by enemy electronic warfare tactics.

“These are both electronic sensing, electronic support and there is electronic attack. The systems are broken into systems that can be dismountable and are mountable and then there is a command and control system that brings all those things back together to provide the soldiers a picture of what’s out in front of them,” Wiltsie said.

Soldiers are currently finishing up their training in the new capabilities.

“The training progression really starts from some signal theory and some radio frequency theory that they have to understand, most of them do, but we have to reinforce that. It gets to system specific buttonology and configuration of the system, like for the dismounted system and mounted platforms there are certain things they must do to operate it correctly. There are situational training exercises that pulls them all together. … And then there’s staff integration and that’s really on the unit, which is how they are going to integrate these things into the processes they have now,” Hagenston said.

RCO worked closely with soldiers to figure out their needs and to give user feedback starting at the requirements through testing.

RCO was created by the Army in 2016 to quickly field much-needed technologies like electronic warfare and positioning, navigation and timing.

“It’s all about taking a combatant commander’s requirement where there is a gap, being able to provide a material solution, and it’s not always material, and taking that gap from here to here,” Wiltsie said last May as he shortened the distance between his hands.

RCO is taking the Silicon Valley route of working by using rapid prototyping and trying to fail fast.

The office started making headway in the first month of its existence.

“We have three test exercises going on as part of the advanced warfighter assessment out in Fort Bliss in October. One for cyber and one for electronic warfare to help us understand not only the problem set, but the equipment that we have today and what capability if it’s repurposed will it provide,” Wiltsie said in October when the office was in its nascent stages. “From there, you’re going to see things before Christmas looking for information, so it’s moving. We need the board to tell us specifically we are on the right track.”

The Army plans to increase contract speeds through the use of Other Transaction Agreements, a contracting vehicle that groups companies into consortiums.

Once in the consortiums, the companies and the Army agree to set rules that quicken the acquisition process.

“There are five that exist today … we’ve utilized two of them. The one I’ve utilized the most is the C5 consortium, which is basically focused on cyber and so we’ve used them to build capability that the cyber teams need and we’ve had great success with it. I want it to go faster. It has not gone as fast as I want it to, but it’s an opportunity to go quick, see what’s available, hone the requirements without a lot of process and then get something in that we can prototype,” Wiltsie said. 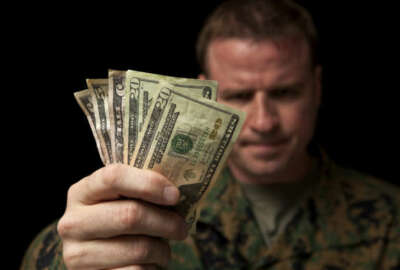 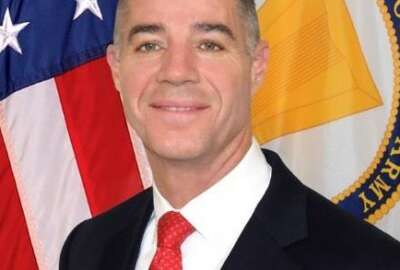