After having pulled the plug on its $6 billion WIN-T program, the Army is starting to assemble some of the options that could show the way forward for its tactical networks. And at least for now, it’s leaning heavily on commercial technologies that have already been proved by the military’s special operations community.

After having pulled the plug on its $6 billion WIN-T program, the Army is starting to assemble some of the options that could show the way forward for its tactical networks. And at least for now, it’s leaning heavily on commercial technologies that have already been proved by the military’s special operations community.

The Army cancelled WIN-T nearly a year ago after its internal studies convinced senior leaders that the tactical network strategy they’d been pursuing for years was “not survivable” on a modern battlefield. Since then, the service has been engaged in approach officials call “halt, fix, and pivot.”
Only now is it becoming clear what some of the technologies are to which the Army might pivot.

Officials emphazise they’re still in the early stages of designing the new network architecture, but in a set of early tests, the service has begun deploying a small collection of systems it calls the Integrated Tactical Network.

One of the Army’s new Security Force Assistance Brigades was among the first users, said Maj Gen. Peter Gallagher, the director of the Army’s Network Cross Functional Team.

“It consisted of advanced networking waveforms, different radios than we were using in the past, a different type of satellite terminals, and a changing of security boundaries,” Gallagher said during a presentation at AFCEA’s Technet conference in Augusta, Georgia. “Instead of Secret-NOFORN as a matter of practice, at the lowest tactical echelon, we were using NSA-approved Commercial Solutions for Classified Suite B encryption and operating at a sensitive-but-unclassified level, which allowed us to have a [primary, alternate, contingency, and emergency] plan at the tactical edge, which is something our squads did not have in the past.”

More recently, the same set of equipment was tested by units of the 82nd Airborne Division and the 2nd Cavalry Regiment during a major exercise called Sabre Strike in eastern Europe.

“They did a long convoy movement and they all integrated with UK partners and with special ops partners in a very robust exercise,” Gallagher said. “In every one of these events, we had an evaluation team capturing the capabilities and limitations, and figuring out what is in the art of the possible. How do we thicken this network? How do we enable it, and what adjustments do we need to make? The next step as we scale this is to run it through the rigor of a very aggressive cyber and electromagnetic assessment. We have several systems under test, but this Integrated Tactical Network is one we’re working on to define what we really need in the future, and it’s a subset of the network we need for the long term.”

The decision to begin the tests with equipment that’s already been proved by the special operations community was made by the Army’s most senior leaders. Officials acknowledge there are still questions about how difficult it will be to scale the approach to the entire Army, but they argue there’s precedent for doing just that with other types of military equipment.

And Maj. Gen. David Bassett, the program executive officer for Command, Control and Communications-Tactical, said the Army does want to emulate and benefit from the rapid and agile acquisition approaches for which special operations forces have become famous.

“I’d like to be as agile as they are, but it doesn’t mean every product that they’ve adopted works for the regular Army — and we haven’t made that assumption,” he said. “A lot of the demonstrations are designed to understand what the limits are, how the operational concepts would drive a different materiel solution. There’s a lot of things the special ops community can do because they’re a much smaller force. That sometimes means they get access to more spectrum, or can use satellites in ways the conventional Army can’t, and we’re absolutely considering those things as we look at the implications of adopting that SOF kit.”

Bassett also said he thought they should keep an open mind and not exclude that SOF kit simply because it’s being used for special operations.

Army leaders have previously said they’re looking for a few “quick wins” that will give troops secure, survivable communication capabilities while the institution as a whole maps out its long-term plan for the network — including the portions that connect Army users on posts, camps and stations.

Bassett said the Army is still a long way from committing to the equipment it’s testing right now as part of its long-term plan. He said whatever approach the Army lands on will need to be part of a clearly thought-out design that’s also able to adapt to new technologies over time.

“The Army has done experimentation in the past, and sometimes it stopped at the end of the experiment,” he said. “The reason is often because we paid too much attention to the shiny object and not enough attention to doing the hard work of aligning dollars and requirements and resources, and turning those things into programs. In the absence of those programmatics, you don’t end up with enduring capability. ”

Bassett said they wanted agile programs of record that could evolve quickly, but not before figuring out where they fit within the network design.

“We want to be able to look each other in the eye and agree that we’ve done the hard work to make the best design choice for the network and for our Army,” he said. 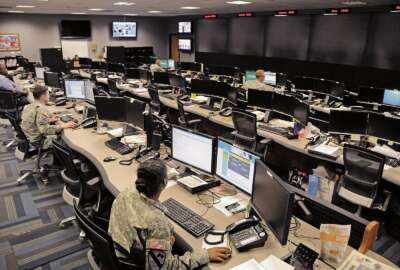