Army sets up Software Factory for 2028 battle and beyond

The Army opened its first ever software “factory” today in Austin, Texas as a way to use software development to prepare for future warfare, constantly update practices and cultivate a technologically advanced workforce.

The soldier-led Software Factory takes after entities already established in the Air Force like Kessel Run and Kobayashi Maru, which use agile software and DevSecOps to improve weapons systems and address service member needs.

“The capability to develop software at the lowest tactical levels will help us provide better software products,” said Gen. Mike. Murray, leader of Army Futures Command in a Tuesday statement. “We anticipate long-term cost savings and expect the Software Factory to help us maintain a competitive advantage across Army modernization efforts.”

The factory will work on projects led by soldier demand in the field, and will do that by focusing on three lines of effort: digital proficiency, leveraging modern technology to solve existing Army problems with agile software and harnessing an innovative spirit.

The Army anticipates bringing its first cohort of 30 soldiers to Austin this fall and the factory will begin working on projects in mid- to late-January. The organization will eventually ramp up to about 200 people.

“We, like others, imagine that that future operating environment is going to incur increasingly contested communications environments, degraded and disconnected tactical or operational scenarios,” Maj. Vito Errico Army Futures Command special assistant to the commanding general and Software Factory lead told reporters. “Simultaneously over the course of those next 10 to 15 years, we’re planning to bring on increasingly complex and technically advanced weapon systems and communication suites.”

Software Factory is about preparing for the future operating environment where the Army won’t necessarily be able to rely on a contracted presence or some kind of reach-back capability to higher echelons to diagnose issues or solve technological problems.

The factory is the first step in creating a workforce that can work under those conditions.

Army Futures Command will judge the success of the factory in two ways.

The other metric is the people-side of things. The factory will find existing talent in the Army and bring them into the factory so they can flourish. Soldiers will spend up to three years at the factory.

The Army believes it has an untapped market of software savvy people it can bring to the factory.

The need for the organization is partly based off criticisms from the Government Accountability Office.

Air Force acquisition leader Will Roper has lead a software-focused push within the service.

“Software intensive programs are almost all over cost, over schedule,” he said last year.

Roper said one of his most imperative duties is to get the Air Force to a point where it delivers new updates rapidly and consistently, fixing bugs along the way.

“We’re just not accustomed, as acquisition professionals, to having deliverables on a monthly basis or on a weekly basis,” Roper said. “We’re not accustomed to testing things, to operationally certifying things. You could imagine in a future war where we are changing software on a daily basis as a necessary factor for winning.”

The Army seems to be jumping on the Air Force’s momentum. 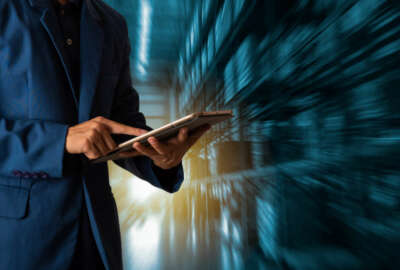