Army plans on saving $10 billion more from Night Court, but things are getting tougher

The Army is expecting to save another $10 billion through its Night Court process in 2022 by divesting from legacy systems and reinvesting that money in higher priority weapons.

Army Secretary Ryan McCarthy told reporters Thursday that the 2022 budget snipping looked very similar to 2021, which also found $10 billion. However, 2023 will be a tougher process as the low hanging fruit will be mostly plucked and the service will have to make harder...

The Army is expecting to save another $10 billion through its Night Court process in 2022 by divesting from legacy systems and reinvesting that money in higher priority weapons.

Army Secretary Ryan McCarthy told reporters Thursday that the 2022 budget snipping looked very similar to 2021, which also found $10 billion. However, 2023 will be a tougher process as the low hanging fruit will be mostly plucked and the service will have to make harder decisions.

Night Court’s goal is to save $25 billion over five years. The process is named after the television show from the 1980s and early 1990s.

“In 2023, if even if assumptions are the same that they are today, we’re looking at ourselves and saying ‘How can you look at all of the big knobs where the funding for readiness and modernization and training and manning?’ We have hard choices in front of us,” McCarthy said. “We’re watching very closely, it’s a challenging fiscal situation we face in the country.”

The Army is currently going through a series of exercises to see how efficient it can be in readiness without compromising it.

“We’re going to really hold the line on quality of life issues because people are our number one priority,” McCarthy said. “We we’re also looking at where there are ways to cut out costs and really focusing in on where the programs that can meet cost, schedule and performance.”

He noted that during 2023 and 2024 the Army will have to slash more deeply in its legacy systems. That’s especially important since a handful of major acquisition systems will start going into production in 2022 and 2023 and will become more expensive.

The service is still focusing on its 31 plus three strategy for modernization. That strategy prioritizes 31 weapons systems that the Army says are vital for the future. The 31 systems are focused in six areas: soldier lethality, long-range precision fires, future vertical lift, next generation combat vehicle, networks and air and missile defense. The “three” are investments in other areas — space, directed energy and hypersonics — that it wants to invest in.

Army Futures Command is leading that effort, but the appetite for increased budgets to pay for those investments is waning in Congress.

After spending trillions of dollars to stop the economic downturn from coronavirus, Congress is likely to tighten the budgetary belt on the military in future years.

McCarthy said he is not too worried about the modernization plan yet.

“We need to see what the top line is going to be,” McCarthy said about possibly trimming some of the 31 systems. “Right now. We found a way to manage the balance sheet. So right now, we think we can hold the line.”

The Army will have to be more transparent in its Night Court process this coming year as well. In the 2020 defense appropriations bill, Congress gave the Army a slap on the wrist.

Congress stated it understands “the disconnects between budget cycles and strategy changes,” but it’s concerned about the $10 billion the Army is targeting for realignment through the process in 2021.

Congress is miffed that its ability to weigh in on programs is limited.

“Continued, wide-ranging truncation or elimination of programs without notification to the congressional defense committees in advance of the subsequent budget submission leads to inefficiencies and misappropriation of resources,” lawmakers wrote.

Mark Cancian, senior adviser at the Center for Strategic and International Studies, shed some light on what has Congress so riled up.

“Instead of a crisp change, the Army is working on a rolling budget process with Night Court,” Cancian told Federal News Network. “It’s a regular process issue. Congress wants to understand budget decisions and have a back-and-forth with the services.” 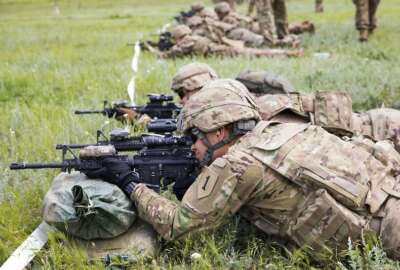 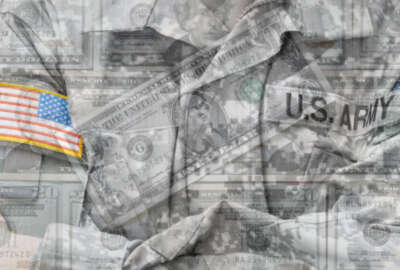