The Army is considering a major hiring effort to address shortcomings in its law enforcement enterprise, an initiative that could add hundreds of new career civilian investigators to its workforce.

Although no decisions are final yet, the potential hiring wave would be part of a series of reform options the Army’s Criminal Investigation Command (CID) is preparing for the approval of the service’s senior leadership, all meant to address shortcomings the Fort Hood Independent Review...

The Army is considering a major hiring effort to address shortcomings in its law enforcement enterprise, an initiative that could add hundreds of new career civilian investigators to its workforce.

Although no decisions are final yet, the potential hiring wave would be part of a series of reform options the Army’s Criminal Investigation Command (CID) is preparing for the approval of the service’s senior leadership, all meant to address shortcomings the Fort Hood Independent Review Commission identified within the CID enterprise.

Maj. Gen. Donna Martin, the commander of Army Criminal Investigation Command, told Congress this week that the findings of independent review were “eye opening” for the Army, and prompted Army CID to launch a bottom-up review of its own. That internal review found that the Army’s law enforcement organization is structurally outdated and significantly under-resourced — both in terms of money and people.

“One of our options — our courses of action — would add up to 300 [civilian investigators] across our command to help fill some of those capability gaps that we currently have,” she told the House Armed Services Committee.

Martin told lawmakers CID’s current organizational structure is based on a “pre-9/11” threat model that didn’t give it the flexibility it needed to adapt to changing realities over the past two decades.

Among the changes over that period: A doubling in the number of senior DoD officials that are assigned security details staffed by CID agents, a quadrupling of criminal investigations into sexual assault cases, and cuts to the budget lines that fund Army crime prevention programs. She said the findings all point toward a need for more resources.

“Our options would lead to additional civilian investigators and additional special agents in charge at the installation level,” she said. “We also looked at additional drug investigators and building prosecutorial teams that consist of dedicated agents that work with trial counsel to bring cases to trial. And we determined we needed about 30 civilian support personnel to take care of the administrative, logistics and technology functions. As another way to take away some of those administrative burdens, we’re going to put captains who are military police officers in charge of our offices to lead those administrative type functions to free up our investigators to do investigations.”

The independent review also found staffing is a major problem.

At Fort Hood in particular, about a third of CID’s positions were vacant at the time of the review, and the vacancy rate was even higher in earlier years. Also, the agents it does have tend to be inexperienced — 92% were apprentices with less than a year on the job.

“It was just a vastly inexperienced staff there,” said Christopher Swecker, the chairman of the independent review committee and a former assistant director for the FBI’s criminal investigation division. “You could tell from the interviews — they were two or three-question interviews, mostly done by phone, particularly some of the key interviews. Some of the key follow-up questions either weren’t asked or they just weren’t documented in the file. And the dots just weren’t connected. There was an absence of what I would call a master case agent coordinating everything, looking at forensics, looking at prioritization of leads, looking at allocation of resources in the hot spot areas. Instead, they were running sort of checklist-driven investigations.”

None of that is the fault of the agents, Swecker said. They are “victims” of an under-resourced system, he said.

“It would be analogous to a busy FBI field office like New York being staffed almost by 80% new agents right out of the FBI academy,” he said. “You don’t even hit your stride as an investigator, I don’t think, until about six, seven years into it. And unfortunately, I don’t think that the CID has a cadre of 5- to 10- to 15-year agents. Many of them leave, I’m told, by the time they get some level of experience.”

The review found one consequence of that lack of experience is that Fort Hood agents failed to identify serial offenders on the base. The review team was able to identify several serial sex offenders just by reviewing the local CID office’s case files – connections investigators had missed, according to Mary Counts, another former FBI leader who served on the commission.

“During the course of our interviews with the victims and witnesses and with other people who had extensive knowledge of these incidents, we heard ‘textbook grooming, serial offender, repeat offender, predator,’ over and over again,” she said. “We were able to put together a list and almost know when that person came in to be interviewed what case they were talking about.”

The review commission found the Army had been using Fort Hood as a “training ground” for new CID agents, and that almost all of them were active duty soldiers who tend to move to new assignments relatively quickly.

Indeed, Fort Hood had only three civilian investigators while the other 42 agents were all enlisted soldiers or warrant officers. Swecker said adding more of those civilian positions in the 1811 job series, as the Army is considering doing, has some obvious advantages.

“One, they don’t transfer around as much, and two, they have powers off the base, so you have fewer issues with [the Posse Comitatus Act],” he said “They can work joint investigations and actually have authority outside the military installation. So much happens off the base that involves soldiers. And what we saw was a big gap there in terms of working true joint investigations with local law enforcement where they could actually, elbow-to-elbow, work cases together and share information real time.” 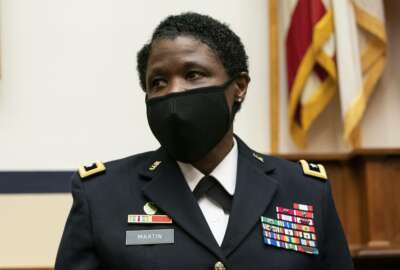 Army under fire from Congress over Fort Hood response 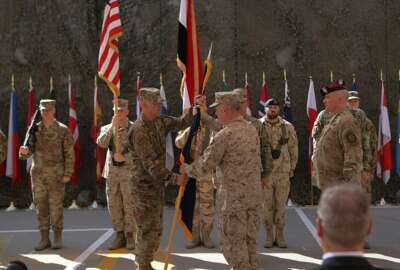