When it comes to customer experience, anyone who has traveled internationally can recall an experience with customs. Positive or negative, everyone has a story.

At U.S. Customs and Border Protection (CBP), physically speeding up the historically slow  process of getting people and cargo through customs ranks high as a customer service goal.

That can be a tricky business as CBP officers look for lawbreakers while trying to create an easy, efficient experience for travelers.

When it comes to customer experience, anyone who has traveled internationally can recall an experience with customs. Positive or negative, everyone has a story.

At U.S. Customs and Border Protection (CBP), physically speeding up the historically slow  process of getting people and cargo through customs ranks high as a customer service goal.

That can be a tricky business as CBP officers look for lawbreakers while trying to create an easy, efficient experience for travelers.

“I think the majority of the traveling public is identified by us as being compliant with the regulations. So we really have first and foremost in our mindset, as we’re looking to streamline our operations to be able to quickly identify people that we do need to interact with and let everybody else go through as quickly as possible,” said Jody Hardin, executive director for planning, program analysis and evaluation at CBP on Federal Monthly Insights – Customer Experience.

CBP’s adoption of new technology over the past several years helped make the customer experience at entry and exit points significantly faster. The post-9/11 Global Entry Trusted Traveler Program, followed more recently by CBP One, gave frequent travelers a chance to get screening done in advance. Now the biometrics entry-exit program offers a path to touchless entry. However, it hit some road bumps on its rollout. Originally designed to use finger printing to identify travelers, CBP found the process cumbersome.

“We worked very closely on how we could streamline this process, and essentially ran into obstacles in our exit mission, because we didn’t have that infrastructure to be able to capture fingerprints on everybody departing the U.S.,” said Hardin on the Federal Drive with Tom Temin.

In facial recognition software, CBP found a solution to the problem. Working in concert with private partners and the Massachusetts Institute of Technology, CBP developed a program called Traveler Verification Services (TVS) that used a photo, such as a driver’s license or passport, and compared it with existing images of a person to verify identity.

“We found that the facial comparison technology actually was the best way to be able to match to holdings that we already had, we had captured information on these people as they came in, and just being able to do a quick match of their face to the documents that they’re presenting,” Hardin said.

CBP got a push towards a more technologically-based and streamlined customer service after a White House executive order directing agencies designated as high impact service providers (HISP) to improve their customer-facing services. The Department of Homeland Security, the umbrella agency for CBP, was identified as one of the HISP agencies.

“The head of each HISP shall, in consultation with the deputy director for management of OMB, annually designate a limited number of services for prioritized improvement,” said the order, which was released late last year.

With a mandate to continually improve that customer service, Hardin said CBP planned to increasingly move entry and exit paperwork towards mobile applications. Currently, the CBP One application allows both private and commercial paperwork to be filed on a mobile application. This includes form I-94, which has to be filled out by everyone entering and leaving the U.S. except U.S. citizens, returning foreign visitors, foreign visitors with immigrant visas and most Canadian citizens.

“That capability actually took this process of people at the land borders having to apply for an I-94 permit to show their admission time into the United States, we had a kind of web — based version of being able to apply in advance,” Hardin said, “And when we looked at it and decided to modernize it and put it into a mobile application, we saw huge results that we actually weren’t expecting.” 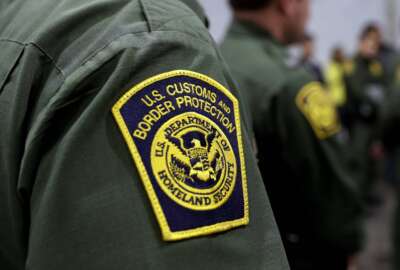 Customs and Border Protection pledges to hire more women by 2030 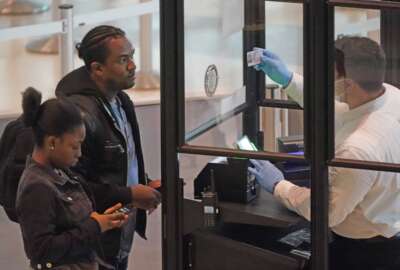 Customs and Border Protection feels the return to international travel

Even Customs and Border Protection is getting into the green movement