The Central Intelligence Agency is using artificial intelligence and machine learning to parse through data and alert officials to global developments, but one of the agency’s top analysts doesn’t see ChatGPT or any other bots giving the president’s daily brief anytime soon.

Linda Weissgold, deputy director for analysis at the CIA, said the agency has made “a lot of progress” in using artificial intelligence and machine learning, with the agency developing many tools in-house.

The Central Intelligence Agency is using artificial intelligence and machine learning to parse through data and alert officials to global developments, but one of the agency’s top analysts doesn’t see ChatGPT or any other bots giving the president’s daily brief anytime soon.

Linda Weissgold, deputy director for analysis at the CIA, said the agency has made “a lot of progress” in using artificial intelligence and machine learning, with the agency developing many tools in-house.

“I think one of the most difficult things we have as analysts right now is the amount of data that’s out there, and how do you make sure that you don’t miss something?” Weissgold said during a Jan. 24 event hosted by the Intelligence and National Security Alliance.

Weissgold described one capability developed by the agency as having an “Amazon effect.”

“So you’ve written a piece [of analysis], and you’ve cited all these different sources, kind of like Amazon, where it says, ‘You shopped all of these. Did you see, you might be interested in this one?’ And it goes through the data and says, ‘Did you see these things? Because it’s similar to what you’ve been working on, I want to make sure you didn’t miss it,’” she said.

But while artificial intelligence could accelerate the CIA’s work, she continued, the agency isn’t on the cusp of outsourcing its analysis to bots like ChatGPT, a language model released by AI research company OpenAI late last year. The chatbot has garnered global attention for its ability to respond with detail and accuracy across a wide variety of prompts, such as passing an MBA exam given by a Wharton professor.

“I don’t envision the day where our work is going to be written by a chat bot,” Weissgold said after being asked about ChatGPT. “What we need to be able to do is to understand where our policymaker is on a topic. So while we’re not advocating policy, we have to be close enough to policy to understand the questions that are being asked, the meetings that are coming up, whether they’re still struggling with this piece of information, and be able to tailor it in a way that I’m not sure that we’re going to get with AI and [machine learning]. But it is a fascinating thing for us to think about.”

Congress has pushed spy agencies to embrace AI and other digital technologies. The Fiscal 2022 Intelligence Authorization Act required the director of national intelligence to put together a plan for the “development and resourcing of a modern digital ecosystem that embraces state-of-the-art tools and modern processes to enable development, testing, fielding and continuous updating of artificial intelligence-powered applications at speed and scale from headquarters to the tactical edge.”

At the CIA, much of the work around data is being led by the Directorate of Digital Innovation. The CIA’s new jobs website shows numerous openings at the directorate, including postings for positions like data analysis officer, data engineer, data lifecycle specialist, and data scientist.

The agency’s analysts typically want tools that sort through data and alert them to developments in certain parts of the globe, like when an individual they’re tracking enters a specific, geo-fenced area, Weissgold said.

“World events happen 24/7. Our officers need to be able to not be at their computer 24/7,” she said. “I think something that would be really helpful is more of the computers alerting you when something is actually there for you to go look at, as opposed to always being the one to have to surface things.”

The explosion of open source and commercially available data is also posing challenges to intelligence agencies who have traditionally relied on classified information. But Weissgold, echoing other intelligence community leaders, said third-party analysis can be a “black box,” especially when algorithms are involved.

“What we’re looking to do is to make sure that CIA analysts really live up to our ‘all-source’ moniker, and that our officers are able to have the tools to be able to, I call it, ‘wallowing in the data’ so that they can find that insight in the open source,” she said. “I think the private sector, open source material could be a starting point for us. I don’t think it’s an ending point.” 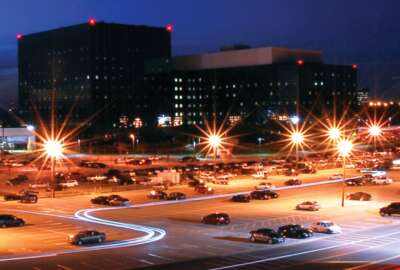 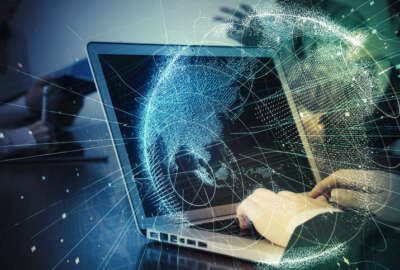 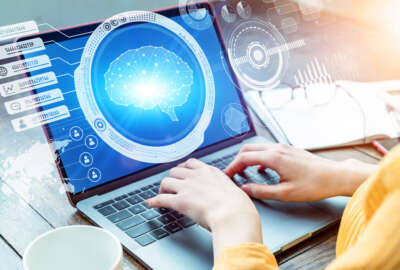