Former Baltimore mayor and Maryland Gov. Martin O’Malley is arguably one of the foremost proponents of using data analytics to measure government performance.

That’s quite evident from his new book, “Smarter Government: How to Govern for Results in the Information Age,”  which he discussed at our Federal News Network studios last week. He recalled his decision in 1999 to run for mayor of the Charm City.

“I served for a couple of terms on the Baltimore...

Former Baltimore mayor and Maryland Gov. Martin O’Malley is arguably one of the foremost proponents of using data analytics to measure government performance.

That’s quite evident from his new book, “Smarter Government: How to Govern for Results in the Information Age,”  which he discussed at our Federal News Network studios last week. He recalled his decision in 1999 to run for mayor of the Charm City.

“I served for a couple of terms on the Baltimore City Council and quickly realized that unless we can make our city safer, we don’t really have much hope of getting greater traction on jobs, employment, housing, all of those root causes and not to mention education,” he said. While serving on the city council, he had watched with awe as New York City had reduced crime to all time low numbers, at which point Baltimore was becoming one of the most dangerous cities in America.

The New York City Police Department was utilizing a revolutionary performance measurement program called CompStat, short for COMPare STATistics, developed by Jack Maple. Maple created the original system called “Charts of the Future” using maps and colored pins to designate criminal activity underground while working for the New York City Transit Police headed at the time by Bill Bratton. When Bratton became NYC Police Commissioner in 1994 he brought Maple along with him and CompStat was born. As mayor, O’Malley adopted the program and renamed it CitiStat.

“We put Baltimore on a path for the biggest crime reduction of any major city in America over the next 10 years,” he explained.

In 2006 O’Malley ran for governor and when elected he brought this same kind of government performance approach to the state capital. In his book, O’Malley describes a meeting encounter with ESRI co-founder and CEO Jack Dangermond that illustrated for O’Malley and his senior staff just how broad the application of performance measurement could be.

“You’ve already figured out something as mayor that most elected officials have yet to figure out,” Dangermond said. Going around the table Dangermond then commandeered water bottles, cups of coffee and other drink containers from the attendees, set them out in front of him and explained that each of these cylinders represented a separate silo, one of the separate departments in Maryland government. 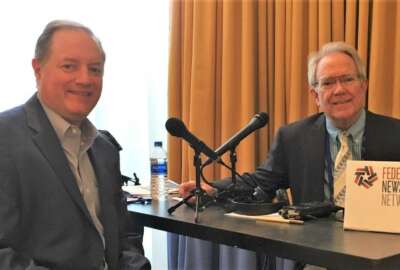 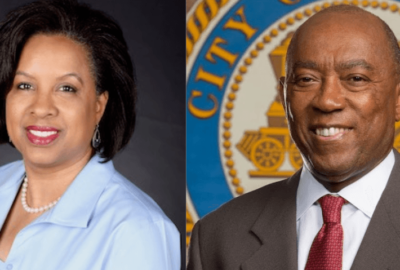 Houston: From hurricane disaster to smart city of tomorrow 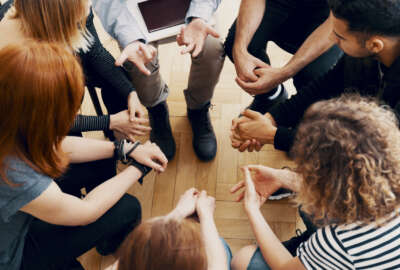 “Dangermon explained that the state could pay some firm forever and a day to try to connect up and down all of the different human permutations, all of the different responsibilities that are kept in these silos of information. You’ll pay the IT consultant a lot, but you’ll never get it to all land on one page,” O’Malley said.

Dangermond, taking O’Malley’s legal pad, started placing all the containers on the legal pad, one at a time.

“He said if you make sure that the database of the department of environment … of agriculture … of transportation, all land on the same map, then the map and its coordinates will coordinate all of that data,” O’Malley said. In this way patterns emerge, and the organization can get inside problems and get things done.

“That began a relationship really where Jack helped us create things like StateStat, a dashboard for not just monitoring, but really driving action, a way of governing. The data, the map, the measures in state government applied to a range of things with tremendous success,” O’Malley said.

Maryland’s CIO during this period was Elliott Schlanger who was previously hired by O’Malley as Baltimore’s CIO, and the governor brought him along with him to Annapolis. Schlanger was front and center at O’Malley’s StateStat meetings along with other top administration officials.

“StateStat, with the CIO right there at the table, was a regular cadence of collaboration focused on the latest emerging truth that technology didn’t solve the problem, but the technology told us how we could,” O’Malley said.

O’Malley emphasized that the “StatRoom” format was far different from a cabinet meeting where you meet once a month.

“That’s nice — everybody gets to share coffee and see each other. But let’s be honest, you have 20 different departments. In a one-hour meeting you’re not really going to go very deep,” he said. However, at StateStat there was a circularly configured table around which would be the governor and his command staff.

“Not only your chief finance person, the person in charge of the budget, but also the person who’s your lawyer, the head of HR, the labor commissioner, and also the CIO,” O’Malley said.

The presenter and focus of the meeting would be the executive department head and a few senior staff. These intensive hourly meetings were scheduled every day over the course of a two week period focusing on a different major department each day, then repeated so that follow-up meetings occurred every 14 days.

“After that one-hour meeting, a note taker provided a follow-up memo that would be in everybody’s inbox before the close of business on the items that they had agreed to resolve before the next meeting happened,” O’Malley said.

Such structure, such focus and the requirement for performance metrics was crucial for Maryland’s success.

“It wasn’t just about hunch, wasn’t about opinion, wasn’t about intuition, it was based on what’s happening now. And the answer to the ultimate question of are we doing any better this week than we were last week when we were all together in this room with integrity and honesty around the latest emerging truth,” O’Malley explained. “The key is leadership and management. Our democracy’s in crisis and the crisis is democracy itself. Whether we still believe it, it works and we can make it work. I believe we can. And that’s why I wrote this book.”

Take it from me, absolutely required reading for government CEOs and their CIOs.