Joe Klimavicz has thought about moving on from federal service several times during his almost 40-year career in government. But after six years as the Justice Department’s chief information officer, Klimavicz said the time was right for several reasons.

“I think I’m leaving at a good time for critical projects. I don’t think there are any projects...

Joe Klimavicz has thought about moving on from federal service several times during his almost 40-year career in government. But after six years as the Justice Department’s chief information officer, Klimavicz said the time was right for several reasons.

“I think I’m leaving at a good time for critical projects. I don’t think there are any projects at critical junctions in their life cycle,” Klimavicz said on Ask the CIO. “The rapid evolution of technology and it is not slowing down and, if anything, it’s accelerating means we will have to continually evolve our implementation strategies. I’ve made significant strides in a number of areas, but there is so much more to do in terms of digital modernization. We’ve got to continue to optimize our presence in the cloud.”

Klimavicz, who joined KPMG as a managing director where he will advise federal agencies on how to overcome technology challenges, said the next Justice CIO will have to pick up the modernization piece with a focus on several areas, including application rationalization.

Justice currently is using a hybrid cloud approach with 30 different environments, while still maintaining some internal data centers. One of Klimavicz’s biggest accomplishments is consolidating the number of DoJ data centers to less than a dozen from more than 110.

“These cloud services must fully embrace cloud native technologies and containerization if you really want to be agile and use best practices in key management,” he said. “My successor will operate in an ever-increasingly diverse environment. When you think about that, you have to secure all of the data, all of the systems and all of the services.”

Another item on the next CIO’s to-do list is to continue DoJ’s zero trust pilot, focused on improved identity and access management.

Klimavicz added that the move toward zero trust, the increased use of cloud services and the mobile environment is forcing Justice, and all agencies for that matter, to rethink how they remain agile and secure to respond to mission needs.

In addition to being the Justice CIO, Klimavicz also was the agency’s first chief data officer.

In that role, he has been building an organizational capacity and culture around using data to make better decisions. Whether or not the next CIO will hold the CDO role too is unclear, but Klimavicz said he left Justice with the roadmap forward.

He said teams are moving forward with different goals under the data strategy implementation plan with a shorter term focus on data standards. But over the long term, Klimavicz said the next CIO and CDO will have to figure out how to ensure mission areas are feeding off the data.

“We will need to bring in tools like artificial intelligence, machine learning and robotics process automation. We are starting to pilot some initiatives in these areas right now, but that’s going to be the future,” he said. “We will have to figure out some way to increase the speed of our mission, the scalability and the accuracy. That will all be through new technologies like AI and machine learning.”

Aside from his two roles at Justice, Klimavicz also spent the last almost two years as the vice chairman of the CIO Council. He called that role a great experience that let Klimavicz learn from Federal CIO Suzette Kent and share his experience and knowledge with new agency technology leaders.

“I really liked that idea of helping other IT leaders succeed. I’ve learned a lot of these lessons and best practices over the years, sometimes the hard way. If I can help other people get to a better place sooner so they can be more productive in supporting their mission, that is great. I’m thankful Suzette put me in that position.”

It’s unclear who will replace Klimavicz as the vice chairman of the CIO Council.

Klimavicz said for all the challenges agencies face, he said the missions he’s worked on during his career from the CIA to the National Oceanic and Atmospheric Administration to Justice kept him excited and motivated to stay.

“When I talk to students about joining the federal service, it’s more than just a job. It’s the exposure that you can’t get anywhere else,” he said. “Here, you are inside the meetings when critical decisions that affect the nation are being made. At the CIA, I was deployed abroad during Desert Storm. At DoD, I led the creation of two new government agencies. At NOAA, I was the federal manager responsible for all of the Deepwater Horizon information and I flew four penetrations of category 3 hurricane eyewall in a P3 cockpit testing new scientific equipment.” 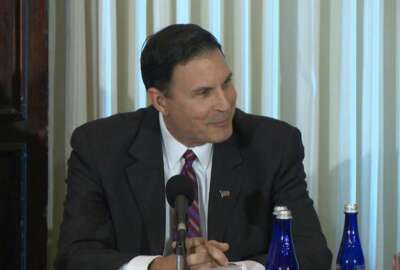 Justice CIO to retire after almost 40 years in government 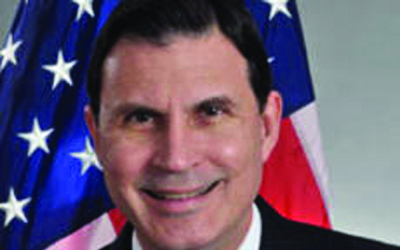 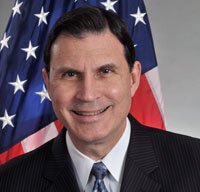