The Army now has a community of believers when it comes to cloud computing.

That wasn’t always the case, especially three years ago when the Office of the Chief Information Officer launched what it thought would be a temporary cloud oversight office.

Paul Puckett, the former director of the Enterprise Cloud Management Agency (ECMA) in the Army’s CIO office, said his organization helped plant the seeds to create a field of cloud services and believers...

The Army now has a community of believers when it comes to cloud computing.

That wasn’t always the case, especially three years ago when the Office of the Chief Information Officer launched what it thought would be a temporary cloud oversight office.

Paul Puckett, the former director of the Enterprise Cloud Management Agency (ECMA) in the Army’s CIO office, said his organization helped plant the seeds to create a field of cloud services and believers across the Army.

“We see a community now that, quite frankly, exists to be able to learn and be able to be measured on how quickly they can listen and react and deliver a capability that’s better,” Puckett said during an “exit” interview on Ask the CIO. “When you start to contrast that to what was a few years ago, you now find some of our most capable and critical systems leveraging the cloud that are not only demonstrating value, but are also fundamentally changing the way that we look at requirements, organizational alignment and incentive structures for the tactical mission command systems. The thing three years ago, that quote, ‘would never go into the cloud,’ not only is in the cloud, but it is the catalyst for hybrid cloud capabilities for the Army, has been demonstrating value within a tactical cloud and edge cloud ecosystem for the last year and a half now.”

Puckett, whose last day with ECMA was in late November as he completed a three-year term appointment, said the success driven by the organization, especially with some early adopters and then through initiatives like cArmy, Cloud Account Management Optimization (CAMO) and the soon-to-be awarded enterprise application modernization and migration (EAMM) multiple award contract.

“We now have a mindset and skillset change, and we have a learning community, a learning organization that values their ability to respond to people’s feedback, rather than valuing their ability to predict the future and hold a line,” he said. “In some of the most critical and complex ecosystems, the value of cloud computing from both an enterprise, tactical and an edge ecosystem is clear and quite frankly, I could not be prouder of what the community has done over the last three years.”

ERPs to the cloud

One example of that value the cloud brought to the Army’s enterprise resource planning (ERP) systems. Puckett said the success of moving the ERPs into the cloud, demonstrating that they were secure, operational and available, and that ECMA helped to empower the team running those systems to modernize capabilities more quickly and easily.

The Army now is taking that success and moving toward a more modular, open architecture that will help simplify what many say is a complex ecosystem of ERPs.

From that success, Puckett said others opportunities to take advantage of cloud emerged, especially on the tactical side.

“The 18th Airborne Corps with Project Ridgway, that’s starting to be emulated across the 1st, 3rd and 5th Corps. I think you will start to see, really, some structures start to take hold, and people really leaning into the tactical side of the house,” he said. “

Project Ridgway focuses on training and educating soldiers on data and cloud platforms. The hope is that the Airborne will be an AI-enabled workforce that is versed enough to be able to use new technologies faster, and as soon as they get into the hands of soldiers.

To get to this point, Puckett started with a simple, but bold goal of delivering common cloud services that people love.

He said the initially the response was, “No, you aren’t. What’s the second choice?”

But part of ECMA’s charge was to change the culture of the Army by understanding what cloud services can provide, the security benefits and the tactical and operational impact the cloud can have on the service.

“What I found is a number of organizations, a number of people who saw the opportunity of cloud, so they were a great partner. But there were things that they had to understand, things that they had to learn, and questions that they needed answered in a very clear way that actually helped them gain confidence, be able to argue for and be able to access resources, and then be able to go and spend time doing things in order to demonstrate a measurably better way, and different way of delivering capability leveraging the cloud,” Puckett said. “I’m exceptionally proud of that community that we’ve built, that is much bigger than the ECMA. I think if you look at the strategy of buy, secure, build, and if you look at the common services around common cloud, common software and common data services, I’m exceptionally proud that we’ve moved the ball on all of those. No doubt we’re more mature on the on the buy and the secure side of the house with CAMO and cArmy, and EAMM shortly. But if you think about it in that order, we really needed to learn a lot in the cArmy domain and the CAMO domain, in order for something like EAMM to truly have strong roots to be able to grow.”

And those strong roots already are creating the foundation for cloud and the benefits it brings.

“The structure that we’ve created in CAMO is something I’m really proud of, and I’m really proud of that team as there are very few integrated product teams (IPTs) that you can join where every single month at the end, everyone just turns and looks at each other and says, ‘this is a lot of fun. And I love what I do.’ That’s a really, really cool thing to say and do,” he said. “When it comes to cArmy, I think this idea of delivering services that people love is critical. They don’t care about any mandates or any policies to use cArmy, we want people to use it because it adds value to their lives, and they can focus on their mission. We want people to love those services. So I’m exceptionally proud of what we’ve created in cArmy and both that model and how it’s growing with common services and the secure cloud computing architecture where we’re going for modernized architectures as we move into a more zero trust architecture and the implications when it comes to all kinds of network specific zero trust components.”

As for what comes next for Puckett, he said he plans to return to industry either supporting the national defense sector or supporting the highly regulated sectors around critical infrastructure.

The Army tried to get Puckett to stay, offering him the chief technology officer role. But he said the time was right to go back to learn more from industry.

“I see a lot of value in kind of stepping out of your comfort zone and stepping into other cultures and trying to be a bridge,” he said. “We often talked about the big ‘valley of death,’ if you will, between emerging technologies and the DoD. I think that there’s an immense value in trying to bridge that valley of death, by stepping out of your comfort zone, immersing yourself into other cultures, learning from those cultures, being able to share from the culture that you come from, and then take that learning back with you back into the government. So I feel like the timing is right for me to move back out into industry, be challenged in a different way.” 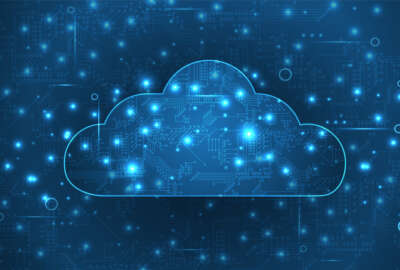 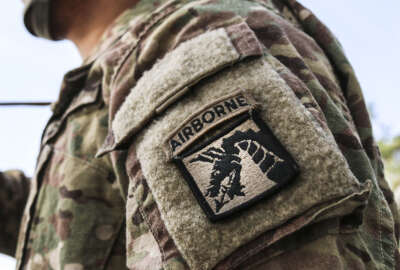 Army’s largest corps is getting its troops AI-enabled 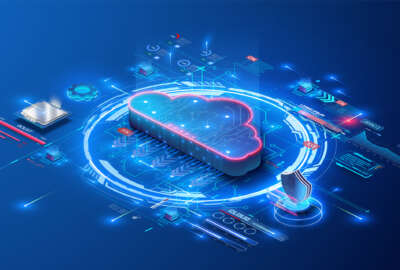