Officials from the Army and the General Services Administration said Wednesday that they have fixed most of the problems that left thousands of military families waiting for months at a time for their promised childcare subsidies. But it will take several more months to get the botched Army Fee Assistance Program back on a healthy footing.

The Army told a House oversight panel that it remedied the most immediate problem last fall by directing GSA to...

Officials from the Army and the General Services Administration said Wednesday that they have fixed most of the problems that left thousands of military families waiting for months at a time for their promised childcare subsidies. But it will take several more months to get the botched Army Fee Assistance Program back on a healthy footing.

The Army told a House oversight panel that it remedied the most immediate problem last fall by directing GSA to pay 8,800 long-overdue claims to military families and their childcare providers immediately, without waiting for those claims to be reconciled with the government’s ledgers.

The payment backlog has essentially been eliminated and most service members, some of whom had been waiting for payment or even a status update for seven months or more, were paid and had their phone calls and emails returned by the end of October, officials said.

“We’ve made progress toward providing customer service levels that are aligned with Army-established quality and time standards,” Gerrard Baddorek, GSA’s chief financial officer told the House Oversight and Government Reform subcommittee on Government Operations. “We reduced the backlog of emails and phone calls from approximately 4,000 in September to 299 by Dec. 18, and we’re now able to respond to most phone calls and emails within 24 hours. Valid invoices are typically being processed within three to four days, and the Army has worked very closely with GSA on policy changes that allowed us to streamline processes.”

The troubles started in 2014 when the Army made the decision to turn the management of the subsidy program over to GSA, taking the work away from Child Care Aware of America, the nonprofit organization that had handled it for the past 10 years and that operates a similar service for the Air Force, Navy and Marine Corps.

Army and GSA officials now acknowledge the decision was a mistake: not only did GSA not live up to its promise to cut the Army Fee Assistance Program’s $8 million operating costs in half, the program quickly devolved into disarray because GSA dramatically underestimated the number of contract staff it would need to keep up with the workload.

Stephanie Hoehne, the director of family, morale, welfare and recreation programs for the Army’s installation management command, said the Army now has signed a contract to return the program to CCA and will move families back to the original contractor in “waves” between February and October.

“All families who live within a geographic region will be transitioned in groups, averaging about 12,085 people per group,” she said. “In addition to transitioning the families already in the Fee Assistance Program by phase, Child Care Aware of America, effective Feb. 22, will take on any new families that come into the program regardless of their location. This will let GSA incrementally devote more assets to the annual recertification requirements that we just reinstated after a six-month suspension and to reconciling invoice discrepancies.”

Those discrepancies between what families believe they’re owed and what GSA thinks they’re entitled to are expected to take up a significant chunk of the agency’s time over the next several months.

Following a previous oversight hearing last fall, the Army decided to order the payment of outstanding claims without waiting for GSA’s shorthanded staff to properly analyze whether the amounts were valid.

The agency’s inspector general has already estimated that the fee assistance program had an 18 percent payment error rate while it was under GSA’s care. But the conscious decision to make payments first and reconcile records later almost certainly resulted in thousands more improper payments, including some overpayments and some underpayments.

“It’s going to be an ongoing process,” Hoehne said. “We have 8,800 invoices to reconcile and at this point we have reconciled about 1,000 invoices, so it’s going to take some time. As families transition to Child Care Aware, GSA can devote more assets to reconciliation and speed up the process, but I can’t give you a definitive timeline at this point. By the time everything is transferred to Child Care Aware, we will have the full scope of needs to be reconciled within the backlog.

Another reason for the prolonged transition back to Child Care Aware is the fact that the nonprofit had to lay off about 50 staff members after losing the Army contract and now needs to rehire that portion of its workforce and put its new workers through background checks.

“We have put into place systems and support to ensure an effective transfer of parents and providers from GSA,” she said. “Of paramount importance, we are working diligently to ensure we have the proper level of data protection, including ensuring that all documents containing personally identifiable information are kept strictly confidential and limited to the staff that work on the project, keeping documents in a secure system with permissions only granted to high level managers, and only giving access to employees who have undergone a full, comprehensive background check.”

According to the agency’s inspector general, GSA did not employ similar safeguards before hiring contractors to process the subsidy applications. Those workers had access to sensitive personal information on soldiers and their families without having undergone criminal history and fingerprint checks and were not required to sign non-disclosure agreements. Because of that, the agency has offered identity protection services to all of the affected families until the contract is fully transitioned back to CCA.

In addition to the financial hardships the aborted GSA experiment caused for individual military members, some of whom had to pay up to $1,000 per month in out-of-pocket for day care services that the Army had promised to cover, the government’s projected costs to operate the program increased from the $4 million figure GSA initially promised to more than $6 million in 2015. Additional costs GSA incurred in 2016 were not immediately available.

For the Army’s part, Hoehne said its main failing was not properly overseeing its interagency agreement with GSA.

“At the time, we were looking for ways to save money. We were facing sequestration. This was a good decision at the time because it eliminated a contract at an apparent services bid of $4 million vice $8 million to provide the service and it involved an entity that was known to already be providing the service,” she said. “The problem was in the execution and the oversight of the transfer and the oversight of ensuring that GSA was prepared to take on the full volume of work. We acknowledge the lack of oversight that allowed this type of impact to families, and we are dedicated to putting trust back into the program and making sure that it is on track.” 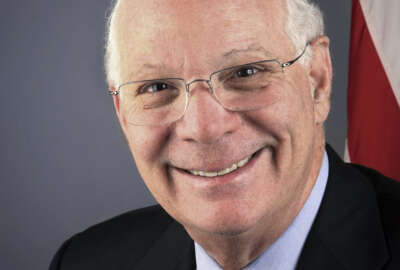