Treasury has moved the date up because the government’s resources declined $4 billion-$6 billion more than expected during the past two weeks, he said.

On that date, the department would have less than $30 billion on hand to pay the government’s debts. That’s half of what the government spends on certain days and a fifth of the “minimum prudent level,” Lew said.

“Operating the United States government with no borrowing authority, and with only the cash on hand on a given day, would be profoundly irresponsible,” he wrote.

He urged Congress to raise the debt limit as soon as possible.  Doing so would let the government pay for expenses Congress already has approved. It would not authorize new spending.

“We have learned from the past that failing to act until the last minute can cause serious harm to business and consumer confidence, raise short-term borrowing costs for taxpayers, and negatively impact the credit rating of the United States,” Lew wrote.

While Congress has never failed to raise the debt ceiling, it has delayed action until the last minute twice in recent years. Now, turmoil within the House GOP ranks has heightened tensions this time around.

Boehner has indicated that he wants to take action soon so that he can leave his as-yet-undetermined successor with a clean slate. He had planned to step down by the end of October. But House Republicans postponed last week’s vote for a new speaker after the frontrunner, House Majority Leader Kevin McCarthy (R-Calif.), dropped out of the race. The party has not set a new election date.

A new report from the Congressional Budget Office seconds Lew’s warning. CBO said Wednesday that the government would run low on cash weeks earlier than it had first projected. It now predicts Treasury will deplete its cash reserves within the first half of the month.

The House Ways and Means Committee has approved a Republican bill to require the government to continue to pay U.S. Treasury bondholders and Social Security recipients if it hits the debt ceiling. The bill would not protect federal workers, retirees, military and veterans. 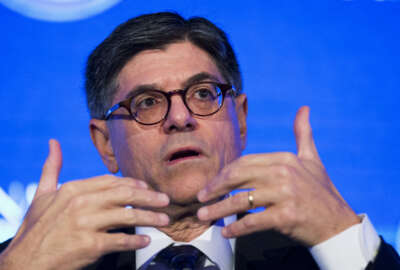