Democratic members of the Homeland Security and Governmental Affairs Committee (HSGAC) raised concerns about the proposed cuts in a report released Wednesday.

The administration’s spending plan could make substantial cuts to seven IGs at five agencies — the Environmental Protection Agency, the Homeland Security Department, the Agriculture Department,  the State Department and the Treasury Department.

Despite the IG office cuts, three of those agencies — USDA, DHS and Treasury — would actually receive an overall increase in their budgets.

“Substantially reducing the budget of DHS OIG while increasing the budget and activities of
DHS, critically impairs the DHS OIG’s ability to carry out its statutory oversight responsibilities,” the DHS OIG wrote in its budget overview.

While an agency may submit a different budget request for its IG office than what the inspector general requested, the 2008 IG Reform Act allows IGs to submit comments about their budget needs. The law requires agencies to include those comments in the agency’s request to the president.

However, the administration’s 2019 spending plan omitted the initial requests from 16 of 27 IG offices, according to the HSGAC report.

The USDA IG office completed 48 audits in fiscal 2018, but under the Trump budget plan, it would have to reduce its output to 40 audits.

“This will have an adverse impact on the number and type of program integrity cases OIG could undertake,” the USDA OIG wrote, adding that may have to decline investigations into potential Supplemental Nutrition Assistance Program (SNAP) fraud.

The Trump administration’s budget plan also shrinks funding to six IG offices relative to the budgets of the agencies they oversee.

At the Department of Veterans Affairs, the OIG expressed concern that the proposed $172 million in the administration’s budget plan “presents a shortfall that will undermine progress achieved to ‘right size’ the OIG oversight capacity to the growth and demands of VA’s new initiatives, increased funding
environment, and ongoing work on behalf of veterans.”

At the proposed level of funding, the VA OIG estimates it would have to cut its staff by nearly 30 full-time positions, undercutting much of the staff growth it has made over the last two years.

The Justice Department’s IG office would remain flat under the Trump 2019 budget plan, even as components like the FBI would see funding increases.

“The OIG cannot effectively oversee the Department’s largest components if their budgets and staff grow disproportionately to ours,” the DoJ IG office wrote.

Last month, the Council of Inspectors General on Integrity and Efficiency (CIGIE) held an event on Capitol Hill honoring the 40th anniversary of the inspectors general.

Carlos Otal, the national managing partner for public sector at Grant Thornton, said oversight organizations, including the Government Accountability Office, have long recognized the return on investment that agencies get from their IGs.

“You do get an exponential return for every dollar invested. I think this is a wasted opportunity, if we’re not fully funding the inspector general to the extent that we can. As budgets increase and as our risks increase with data and new technologies, it’s going to become increasingly important that we’re making sure that all the tax dollars are spent more wisely,” Otal said in an interview Friday.

However, Otal said IG offices themselves can do more to manage costs. That includes looking at shared services for recruitment, human resources and finance functions.

“This is also a time to challenge the IGs and how they can come together to do that — to take even the limited dollars that they have, doing more with less and finding ways to do more with that.” 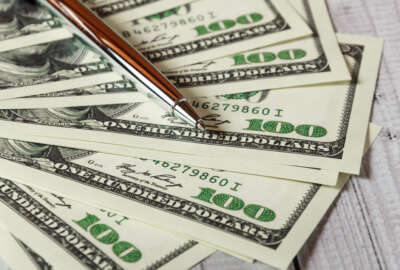