As the Biden administration had been signaling for some time, its proposed Defense budget for 2022 is essentially flat. Should it come to pass, it would force some difficult questions and choices for the Pentagon. For insight, Federal Drive with Tom Temin turned to the director of Defense budget analysis at the Center for Strategic and International...

As the Biden administration had been signaling for some time, its proposed Defense budget for 2022 is essentially flat. Should it come to pass, it would force some difficult questions and choices for the Pentagon. For insight, Federal Drive with Tom Temin turned to the director of Defense budget analysis at the Center for Strategic and International Studies, Todd Harrison.

Todd Harrison: Well, at least they got it out in the month of May. This is this is the latest any budget request has ever been submitted to Congress, all the way back to when they started requiring annual budget submissions back in the 1920s. But beyond that which is going to throw some sand in the gears of how Congress works through this budget beyond it, not a lot of huge surprises here. Because this is the first budget of the new administration, they typically don’t have time to really rework the programs and the activities substantially. So they had already communicated that the top line for Department of Defense would be $715 billion. So that’s not a surprise. And what had been widely expected is that they are not requesting any of that money as OCO, or war related funding, they’re just merging all of the war related part of the budget with the regular base budget. I think what’s important, though, when you’re looking at this budget request is rather than comparing it to the FY 21 level of funding, the current level of funding, really what you should be comparing it to is, what was the previous plan for FY 22, right. So they had previously planned a top line budget for God of $722 billion. So this is a bit lower 715 billion, still more than the current budget, the current level of funding for 21 is 704 billion, right? So it’s increasing. But really, it’s just increasing at or a little bit below the rate of inflation.

Tom Temin: So maybe a pay raise for military could be covered by this, but no gigantic new programs and no increase in ships and planes and tanks and so forth.

Todd Harrison: Well, yeah, so that’s where you start to get interesting the military pay raise and civilian pay raise is proposed in this budget is 2.7%. That’s as expected, that’s right at the employment cost index, I believe. And so they’re just kind of keeping up with the private sector there. But if you’ve got the labor component of your budget, growing 2.7%, and your overall budget is not growing by that amount, then that starts to put a squeeze on other things. And so that’s where I think both DLD and Congress are going to find some difficulties in figuring out how to navigate some of these internally growing costs, and what are they saying service by service. So the army had kind of been warning everyone for several months that they were going to be the bill payer. And so we’re starting to see that probably not as much of a bill payer, as might have been expected by some, but we’re seeing pretty decent increase in the Air Force budget. Looking at if you take out the classified pass through funding, and you take out the space force funding, the Air Force is actually getting a budget increase of about 2.2%, not adjusting for inflation there. So coming up pretty well. Now, if you look at the Space Force’s budget, and I’ve gone through that in some detail here, they’re getting a net increase of about 9%. Of course, that’s 9% of a much smaller budget. And in addition to that, they’re getting some transfers of funding, and it looks like it’s coming from the army in the Navy. It’s transferring over into the space force. And of course, the Navy have been widely expected to beginning never get caught up in their budget. And we see that happening as well.

Tom Temin: Yeah, so this could be taken then as again, hastily that might have been done, although I think they were probably thinking about when the campaign started, but this does, in some sense, constitute an expression of how they think the world threats are evolving.

Todd Harrison: It does. How threats are evolving, how the new administration may approach some of these difficult strategic choices. But it also reflects the fact that they are dealing in a constrained budget environment, and they’re not going to get unlimited levels of funding. And so they’re going to have to make some of these hard choices.

Tom Temin: We’re speaking with Todd Harrison, director of defense budget analysis at the Center for Strategic and International Studies. And is there a historical period that parallels this have we seen this before this kind of going in, putting the skids on to some extent reallocating among sea, air and land forces when a new administration comes In

Todd Harrison: Yeah, we did see some signs of that in the first term of the Obama administration. It wasn’t the first budget request. Actually, it was really when you got to the fiscal year 2012 budget requests that the Obama administration started pumping the brakes on year over year increases in defense spending. And then ultimately, they set off a review within the Department of Defense about how to make these trade offs known as strategic choices and management review. Some people call it the skimmer, some people call it the scammer. It was a great acronym to work with the jokes. So I think we may be looking at a similar type of strategic review of how to manage under budgetary constraints happening over the next year.

Tom Temin: On the other hand, though, this is not a wholesale gutting, say, of reducing acquisitions, reducing forces drastically in order to pay for the social programs, and they’ve got big ambitions for social programs. But it doesn’t seem to be directly at the expense of defense.

Todd Harrison: It is not and it doesn’t have to be a zero sum trade off right between defense and non defense. And that’s what this budget is communicating, at least that’s the policy the Biden administration. To put it in some historical perspective, it’s $715 billion in the defense budget, were at a level that when you adjust for inflation is higher than at the peak of the Reagan administration. So this is not a wimpy or a gutted defense budget by any means. It’s a very robust defense budget.

Tom Temin: The challenge is that in the past 30 years, since the Reagan administration, a lot of internal costs have grown. And so that budget, even though it may be higher, it only supports a military force that is a third or half the size, it was at the peak of the Reagan years. So we see things continuing, I guess, trend wise that even Secretary Bob Gates pointed out health care costs. And as we spoke about a few minutes ago, salaries rising, the all volunteer force historically has been expensive. And there’s no way of really bending that curve, without some drastic reduction, which I don’t think any administration wants to make.

Todd Harrison: Right, exactly. But that’s what they may be facing that those kinds of choices in the years ahead, especially when it comes to our ground forces, the Army and Marine Corps. That’s something to be watching, not just in how Congress responds to this budget request. But the budget requests it will get from the department next year in the year after, what are they going to do with our ground forces? And can they afford to sustain the level of ground forces in the army, the number of BCTs in the Marine Corps, the number of battalions. Can they actually afford to sustain those in the long term while also fully funding on these other strategic priorities?

Tom Temin: Yes, so this could in some sense force a acceleration of alternate forms of warfare autonomous, also cyber warfare and ways of disabling enemies other than pure ground force.

Todd Harrison: Yes. And you hear a lot of talk about that within the Pentagon, how they need to focus on the new way of fighting war. One of those priority areas that you hear really each of the service chiefs talk about is something called JADC2, joint all domain command and control. That’s the ability to connect sensors and weapon systems across domains across the services all together so they can share information fluidly. One of the things that jumped out of me at this budget request to dive down into some details here is the Air Force is program for JADC2, it’s known as the advanced battle management system, ABMS, they got a big cut in funding. So they had previously projected that for FY 22, they would get about $450 million in funding. But you look at the requests, they’re only getting 200 million in funding this time. So they got cut by more than half from what was previously projected. And so that’s going to be interesting to hear more details out of the Air Force in if JADC2 is such a high priority, why did they cut the funding for it?

Todd Harrison: Yeah, presumably it originated somewhere within DLD because this program is is relatively small in defense terms, and so be unusual for the White House to take an interest in something as small as this so my question is, was this cut directed by DLD leadership like the secretary of the Deputy Secretary, or was it directed by Air Force leadership? Did

Todd Harrison: That’s right. Yeah. And that’s an important caveat is that this is only a budget request. Congress ultimately sets the defense budget.

Tom Temin: Todd Harrison is director of defense budget analysis at the Center for Strategic and International Studies. As always, thanks so much. Glad I could do it. 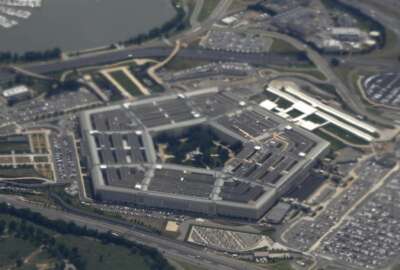 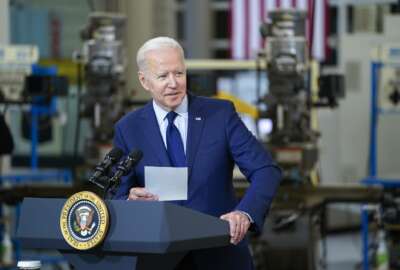