The principal overseer of government operations and budget execution also has to go to Congress each year for its own appropriation. The Government Accountability Office uses the savings its caused throughout government as its own justification. For 2023, GAO is asking for $810 million, a nearly 13% increase from what it received for the current fiscal year....

The principal overseer of government operations and budget execution also has to go to Congress each year for its own appropriation. The Government Accountability Office uses the savings its caused throughout government as its own justification. For 2023, GAO is asking for $810 million, a nearly 13% increase from what it received for the current fiscal year. For more, the Federal Drive with Tom Temin turned to the GAO’s Chief Operating Officer Orice Williams Brown.

Tom Temin: Ms. Brown, good to have you back.

Orice Williams Brown: Good morning. Great to be back.

Tom Temin: Let’s begin with some of the facts that GAO cites in its budget request, namely, what it is that the government has saved in the past year and over the years as a result of the work that you do.

Tom Temin: All right, that seems like a pretty good return on investment. And tell us about the annual request you have for 2023. What are some of the details there underneath that top line figure that are noteworthy?

Orice Williams Brown: So in terms of our priorities for fiscal year 2023. This budget request is intended to continue to allow GAO to meet the growing needs of the Congress for oversight, insight and foresight of federal programs, agencies and activities across the federal government. In terms of our top priorities, they include continuing to grow our capabilities and science and technology, cybersecurity, national security issues and health care spending. Internally, we also want to continue our IT modernization efforts to ensure that we have the technology that we need to support the workforce of the future.

Tom Temin: And just getting back to some of those priorities for a moment. When you look at health care spending and cybersecurity. Those in particular have the potential to really get the government into a lot of trouble if unchecked. And maybe they already are, by some people’s reckoning. Fair to say?

Orice Williams Brown: Absolutely. Those tend to be kind of big ticket items in government.

Tom Temin: And talk more about the science and technology development. This has been a priority for several years for GAO.

Tom Temin: Got it. And let’s talk about then for all of these priorities science and technology, cyber, national security, health care spending, the personnel and human capital requirements that you anticipate in the coming year?

Orice Williams Brown: Our budget requests will allow us to continue to grow our expertise in these areas. So we plan to continue to hire in FY 2023. While much of our hiring really happens at the entry level into our professional development program. We use this program to really staff our areas across the agency. But with that said, we will also hire specialists. This will include hiring scientists, cybersecurity specialists, public policy experts, national security specialists among a number of others.

Tom Temin: We’re speaking with Orice Williams Brown, she’s chief operating officer at the Government Accountability Office. And I’ve often wondered, do people come to GAO from elsewhere say in the executive branch, moving over to the congressional branch? How often does that happen? Where people can find out what it’s like from your standpoint?

Orice Williams Brown: So it happens sometimes, we have some movement across government. We also hire folks directly from grad school and other positions. So it does happen sometimes that people will move over from the executive branch into GAO.

Tom Temin: But it’s not the bulk of the people?

Orice Williams Brown: I would say no.

Tom Temin: And with respect to those that come not from the executive branch, everybody else, how much of your hiring tends to be people at mid or senior career level, say coming from industry or other domains versus those that are just out of college?

Orice Williams Brown: I would say it’s a mix. We have some folks that are mid-career transfers into the government. Sometimes the mid-career shift happens when they go back to graduate school, and then they come to GAO from graduate school, but they still have rich professional backgrounds. And we do hire at some mid-career hires into GAO as well. So it really is a mix. But I would say the majority probably do come to GAO from grad school, even if they have professional experience before going to grad school.

Tom Temin: And people tend to stay a long time, don’t they?

Orice Williams Brown: They do. I’ve been with GAO for over 30 years.

Tom Temin: Wow. And how has it changed from your standpoint?

Orice Williams Brown: One thing about GAO, and I think we highlighted this as we celebrated our 100th anniversary last year, we’ve continued to evolve as an organization. So I think we have continued to work hard to continue to be responsive to the needs of the Congress, and continue to evolve the types of work that we’re able to do, and the services that we’re able to provide to the Congress.

Tom Temin: And looking at the summary of resources by program that you have submitted to Congress for 21 throuh 23. And again, that increase most of GAO’s budget, especially when compared to the average agency in the executive branch. It is basically people costs, you don’t have giant acquisitions, and you don’t have grantmaking.

Orice Williams Brown: Yes, GAO is a service organization. So by far our biggest investment, it is in our people.

Tom Temin: And just the qualitative aspect of the people that you have, the requests for oversight and looking at programs generally and mostly originate with members of Congress. And GAO has been really stellar at avoiding any kind of sense that it’s one side or the other with respect to politics, especially when you’ve got about 50/50, roughly in both houses of Congress. That’s a quality I think that GAO tries to guard very assiduously?

Orice Williams Brown: Absolutely, we work hard to do that, we take very seriously the fact that we are an independent, nonpartisan agency within the legislative branch. And one of the key ways we do this is when we receive requests from chairs and ranking members of committees, for example, we treat them the same. So a chair and a ranking member, both are prioritized the same way in terms of us undertaking what they’re asking us to do.

Tom Temin: And to be practical, it does toggle back and forth quite often.

Orice Williams Brown: It does.

Tom Temin: And the final question on IT modernization, that’s one of the things specifically cited in the request, tell us what your plans are there?

Orice Williams Brown: So we are going to continue to execute our IT modernization plan. And this basically is a multi-phase strategy that would shift the majority of our IT operations to cloud computing. This will enable us to take advantage of enhanced capabilities through an on-demand infrastructure and allow us greater access to innovative technology that’s provided by cloud vendors. So one of the key components of this is for us to continue to implement an enterprise content management system, which will replace our legacy technology.

Tom Temin: Got it. So no more typing pools for those reports?

Orice Williams Brown: Well, we don’t have to typing pools. But I think the technology that we currently use in terms of you know, managing our data assets definitely needs to be modernized so we can leverage that information more efficiently across the agency.

Tom Temin: All right, Orice Williams Brown is chief operating officer of the Government Accountability Office. Thanks so much for joining me.

Orice Williams Brown: Absolutely. Thank you for having me. 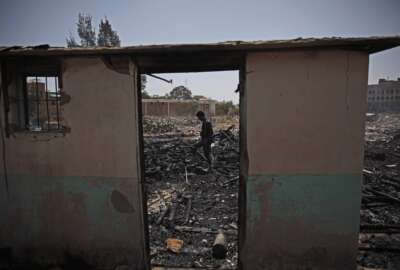 GAO: US failed to track if arms used against Yemen civilians 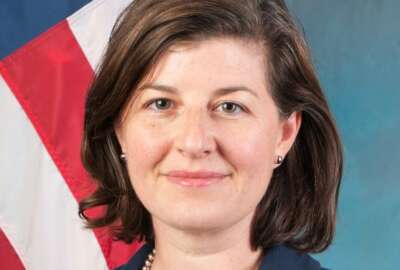