Ghosts of Columbus Day past

This year everything is fine — so far.

It’s the day after Columbus Day, which means that most government workers and some private sector types had a three-day weekend.  But two years ago feds were in the midst of a 16-day “weekend.”  Columbus Day 2013 fell smack in the middle of the infamous government shutdown which lasted more than two weeks and cost taxpayers lots of money.

Feds (and some contractors) were eventually paid for...

This year everything is fine — so far.

It’s the day after Columbus Day, which means that most government workers and some private sector types had a three-day weekend.  But two years ago feds were in the midst of a 16-day “weekend.”  Columbus Day 2013 fell smack in the middle of the infamous government shutdown which lasted more than two weeks and cost taxpayers lots of money.

Feds (and some contractors) were eventually paid for time not worked during the enforced shutdown.  But it was a costly exercise for many feds who in some cases missed two regular paychecks, and in some cases had to wait up to a month before Congress voted to pay them.

There will be at least two more “opportunities” for a shutdown. One in early November for the debt ceiling battle, and then on Dec. 11 when the current stop-gap spending authority (the CR) runs out.

In the meantime, we revived this portion of last year’s column which asks where (you, me and Washington) might be and look like today, if Columbus had made a wrong turn.

It might have been different, if more modern people, like Washington-based politicians, had run the first Christopher Columbus expedition. Imagine it is Sept. 30, 1492, somewhere in the Caribbean. Three Spanish ships head west toward what they believe will be India or China. Their captain is an Italian contractor working for the Queen of Spain.

With the “New World” just over the horizon, a fast messenger ship arrives from Spain with startling news — the government has been shut down. The Nina, Pinta and Santa Maria (which translate to House, Senate and White House) are ordered to drop anchor and do nothing.

Sensing land, the crew gets restless. Some of the guys want fresh water. Others are anxious to check out the local nightlife. Columbus isn’t sure what to do.

Fortunately, each vessel has one government lawyer. Naturally they have trouble agreeing who’s essential and who’s not.

The Nina votes to honor the shutdown until the crews of the Pinta and Santa Maria agree to negotiations on the number of healthcare items. Like how many limes should be taken aboard when, and if, they land.

The attorneys say that certain seamen — like the navigator, helmsman and one cook — are exempt. They can continue on their journey to China, India or whatever is over the next horizon. Non-exempt crew are told they can do nothing, not even bail if the boats spring a leak, and will get nothing. Later, the non-exempt seamen who did nothing are told they will get paid, provided they keep doing nothing while their exempt colleagues keep the ships in shipshape.

Finally, the Nina, Pinta and Santa Maria reach an agreement, hammered out by the lawyers:

The Nina will sail, but only in a circle, until further orders.

The Pinta will withdraw 100 nautical miles to the east and then decide whether to sail in circles or head back to Spain sans loot, parrots and other treasures.

The Santa Maria will test the theory that the world is flat. It will head to the suspected dropping off point. It is known as the “debt ceiling.” If it finds the magic spot, it will drop off, content in its last moments to have made its point. If not, it will wind up back in Spain, blaming the stubborn crews of the Nina and Pinta for all the wasted time, effort and money.

If the New World expedition had been shut down, it might have discouraged westward exploration for decades, even centuries. There would be no Declaration of Independence, no South Beach Diet. No Washington, D.C. No Miley Cyrus.

Instead, if the U.S. had been settled from west-to-east, the area known as inside-the-Beltway might be a giant federal deer preserve. Think what the nation, and the world, would have missed!

Paddington the bear was first introduced to readers on Oct. 13, 1958 in Williams Collins’ book “A Bear Called Paddington.” The orphaned bear found in Paddington Station in London, would go on to have a variety of adventures at the beach, laundromat, airport, hospital, and the list goes on. 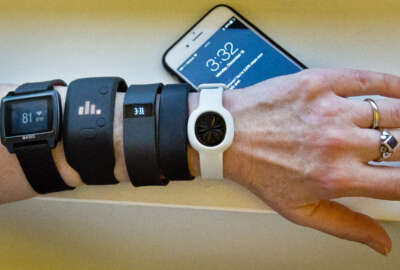