Are you too busy or just not interested in shopping for your 2017 federal health plan? Welcome to a very large club. It all but guarantees you’ll lose between $1,000 and $2,000 next year by paying more than necessary in premiums and out-of-pocket costs. The secret:

Do nothing. Don’t pay any attention to the new 2017 health premiums. Don’t bother to check up on benefit changes in your plan or to see if another gives you the same (sometimes better) coverage at less cost. Assume your primary care physician will remain in your plan’s network next year, which, if he or she doesn’t, means problems for you.

Each year, health plan experts estimate that 20-30 percent of all federal workers and retirees — maybe more — should change plans. But each year, year after year, only about 6 percent do make changes. The rest, maybe including you, stick with the same old same old plan, which might have been a good deal, and your best fit five or 10 years ago. But things change. Deductibles change. Coverage changes. The current open enrollment period runs until Dec. 12. Between now and then federal workers, retirees, their survivors and in some cases former spouses can pick from among 30-plus plans and options. Premiums paid by workers and retirees will increase an average of 6.2 percent. But that’s an average. Some will go up more, some less. The government will continue to pay an average of 72 percent of the premium for workers and retirees. The U.S. Postal Service will pay about 75 percent of workers’ total premiums.

Checking out some or all of the 30-plus plans and options in the FEHBP can be time-consuming. And dull. And most people don’t like change. They get an insurance company and they stick with it. Throughout their career and especially in retirement. The problem with that is that premiums change (mostly upward), benefits change and doctors leave certain plans. Including maybe yours.

Failure to find the best health plan for you and yours could mean you will shell out an extra $1,000 or $2,000 next year in premiums that don’t get you better coverage or out-of-pocket costs because your plan has a high deductible or high co-payments. But you won’t know that unless and until you use it. Unless you shop beforehand, which is now. Now through Dec. 14.

Today kicks off our first Your Turn radio show of the year dedicated to finding your best-buys. Walton Francis will be our guest. You can email questions for him, to me, at mcausey@federalnewsradio.com. The show starts at 10 a.m. EST on www.federalnewsradio.com, or in the DC area on 1500 AM. You can also call in during the show at 202-465-3080.

Finally, right after the show (at 11 a.m.) Walt Francis and I will switch studios and join in an online chat with people who have registered for our free webinar.

Tell a bored friend or coworker about the program which could save them big bucks next year.

Linguist Jacob Grimm, who was one of the Brothers Grimm, created the word umlaut. 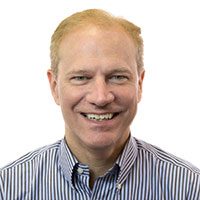 3 considerations for securing your mobile devices