Let’s test our literary IQ. The question is: What’s the main difference between Alice In Wonderland, Moby Dick, The Exorcist and H.R. 6278? Hint: One does NOT have a happy ending.

That’s really a bit unfair, because you probably haven’t read H.R. 6278. It is a brand-new bill in the House of Representatives that — for Congress — is brief and to the point. If enacted into law, it will be known as the Promote Accountability and Government Efficiency Act, or PAGE Act of 2017, for short. It is only 13 pages, compared to nearly the 11,000 pages of the Affordable Care Act. But simple is not always better.

The new H.R. 6278 could be described as a manual on how to best fold, staple and mutilate people hired in the future for career civil service jobs. More like a how-to-carve-a-turkey chart, except you — or at least new feds who come after you — would be the ones getting plucked.

The bill starts out great. The usual boiler-plate that nothing in the act “shall not be construed to extinguish or lessen any effort to achieve equal employment opportunity through affirmative action or any right or remedy available to any employee or applicate for employment in the civil service who is hired” under the new rules. The bill makes it clear that it does not and would not if enacted discriminate in any way on the basis or race, color, religion, sex or national origin. That’s the good part.

But the rest of the bill, after the good part, is what troubles lots of feds, unions and professional groups that represent them. It is the blueprint for a very different — streamlined to be sure — civil service. One where some people would serve “at-will,” meaning they could be canned for just about any reason any time. One where employees being disciplined would be put on a fast-track, one-level appeal system. It also provides for “immediate suspension,” sans-pay of employees for misconduct or poor performance, as well as limiting both regular (January) pay raises plus within-grade raises (usually worth about 3 percent) workers regularly get based on their time in their civil service GS grade. Unions are fighting mad because the proposed new law would limit the amount of “official” time union officers could take — do to union business — while being paid by the government.

Like any new proposal, its impact — good or adverse — would depend, in large part, on how (and to whom) and how often it is applied.

Would it make it easier to bounce or punish feds who don’t pay their taxes, or commit crimes? Or would it be used by vindictive bosses (or an administration) that don’t like a certain individual? Or simply hate all the “swamp rats” that live in the bureaucracy?

If you get a chance, check out the bill here.

Or you could wait for the movie, but then it would be too late.

Actress Mercedes McCambridge had an unusual approach to obtaining the raspy voice required for the demon’s voice in the movie The Exorcist. She maintained chain smoking, a diet of raw eggs and whiskey were key to her performance. 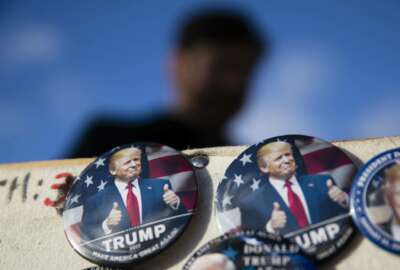 Inaugurations make for some strange carpools 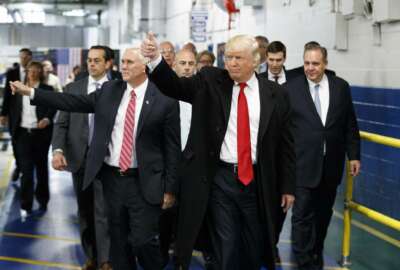 An open letter to political appointees