Senate appropriators want to give the Homeland Security Department’s chief information officer $60 million more in fiscal 2019 than in 2018.

Lawmakers expect the DHS CIO to use some of that increase to $382 million to continue the modernization and consolidation of the agency’s data centers, using both public and private cloud options.

“The committee is pleased with OCIO’s continued leadership in data center consolidation, which is enhancing the effectiveness, efficiency, and security of the department’s IT enterprise. Further, the committee commends OCIO for its efforts to collaborate with NASA to gain efficiencies by establishing IT operations centers at data center one and by encouraging other federal partners to co-locate with the department at its data centers,” appropriators write in the report in the Homeland Security spending bill. “In addition to budget justification materials and obligation plans, OCIO shall provide semiannual briefings to the Committee on the execution of its major initiatives and investment areas. Such briefings shall include details regarding cost, schedule, and the transfer of systems to or from department data centers or external hosts.”

DHS is preparing new acquisitions for the continued consolidation and modernization of its data centers.

Soraya Correa, DHS’ chief procurement officer, said the data center contracts expire in June 2020 and they are starting to work on the strategy to recompete those vehicles.

She said the CPO and CIO’s offices recently had an offsite meeting to discuss the path forward, including industry days and the like.

John Zangardi, the DHS CIO, said at the recent Washington Technology DHS Industry day, that his office laid out the policy and approach to go to cloud, and now comes the implementation part.

“I think you have to look at what folks need, and there will be different needs and you should make sure those needs align to what platform delivers the capability you need,” he said. “It’s multi, but I don’t want a hundred, that would be unmanageable. There is limit to the number you will have out there, and that would make sense to anyone who is involved in security. Reasonably speaking, you will need multiple platforms to deliver the right capability to the user.”

Zangardi said he created a cloud steering group led by Claire Grady, the undersecretary of management, and includes CIOs from components and other CXOs, to develop the strategy and implementation.

He said the group will try to address the regulatory and policy challenges, and set metrics for moving to the hybrid cloud.

“About 29 applications are out in the cloud. There’s about another 70 in progress of transitioning out to the cloud,” Zangardi said. “Some components have been very aggressive in moving out there. Immigration and Citizenship Enforcement and Customs and Border Protection have done a fantastic job. There are smaller components and other components that need help. Everyone needs help in getting to the cloud in terms of contracting vehicles, in terms of my authority to operate (ATO) process, in terms of how we deal with privacy and in terms of network and security the whole thing.  There is a lot out there.”

Each component, including headquarters, will have goals around moving to the cloud. Zangardi said through these stretch goals, DHS also will better understand what challenges components face and how his and the Undersecretary for Management offices can help overcome them.

“We do want to go to the cloud and do want to go there smartly, and we are putting in place the pieces that will motivate and incentive the people to get out there,” he said. “When we find things that are blockages, we want to work through them as appropriate.”

A key piece to the cloud effort is DHS’ Cloud Factory initiative, which the agency says is a highly automated, secure, reliable set of managed services that allow for the dev/ops flow, feedback and innovation of various applications.

“The platform supports the build, test and deploy aspects of dev/ops as well as the operational (production) support needed to host and secure the application and its mission,” the agency writes in its 2019 budget justification to Congress. “The system will ingest user code, assemble the desired machine images (MI), customize the MI configurations, validate security configurations, and deploy the environment in hours as opposed to months. It will utilize account monitoring tools which the business owner will be able to view usage statistics, costs, utilization data and various at hand dashboards to ensure they are meeting mission objectives.”

Zangardi said the steering group will ensure the components are aware of and use Cloud Factory to help with application modernization efforts.

In addition to data centers and applications, Zangardi said the DHS network, known as One-Net, will depend heavily on cloud infrastructure.

In its 2019 budget justification, DHS proposes to spend $8.2 billion for One Net with most costs going to contracted support of data storage and cloud migration and infrastructure hardware and software management tools.

Zangardi said One Net, which is for unclassified and secret data, needs to be modernized because the network is relying too much on old technology.

“The way I want to do it is go to a managed service. Over the last few months, we’ve been working through what that entails,” he said. “We’ve been doing research. We’ve spent time looking at what other agencies like NASA, DoJ, TSA and what the Navy did when I was there with NGEN. We are trying to figure out what is the best approach when you move to a managed network. We haven’t gotten to all the decisions yet. As you can imagine, this is a big thing. It’s hard. We are just beginning the process of what the requirements look like, what is the statement of work, what is the acquisition strategy we want to pursue on this.”

Zangardi said he envisions a five-year contract with a five-year option that could be one of several models, government-owned, contractor-operated, or contractor owned-and-operated.

“One of the concern items I have as I go through this is how do I think about how do I keep industry interested in coming into this model where I’m looking for one prime vendor to run the full gamut of things, from end-user hardware to security to transport to enterprise services to managing my software licenses,” he said. “We have to make sure we provide to you the information that is on our network. We have to pull that all together so that’s a huge task to make sure the vendor understands the state of the network.”

Zangardi said there still are a lot of questions about what the future of One Net will be — a single network or a convergence — and how to incentivize the components to join One Net.

Finally, Zangardi said DHS is moving to Windows 10 by the end of September and will release a policy to move the entire agency to Microsoft Windows Office 365 in the cloud. Right now, FEMA and ICE are using O365, and Zangardi wants to figure out what’s best for the rest of the agency. 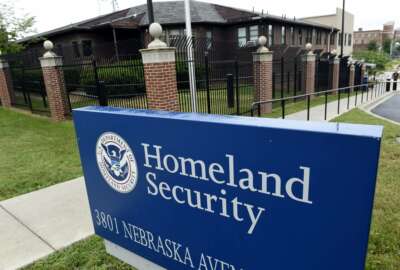 2 DHS procurements show how innovation is happening in government 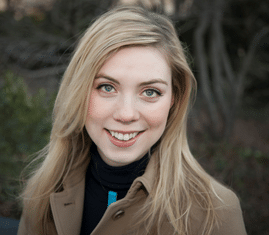 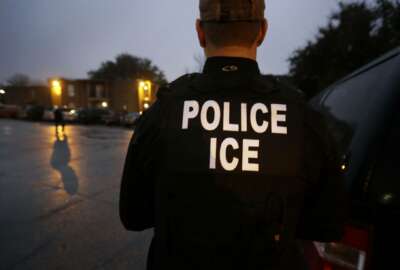