Happy birthday to the civil service

Jan. 16 marked the 135th birthday of the Civil Service Commission — the precursor to the Office of Personnel Management. So the civil service as we know it is 135-years old. I have to say that it doesn’t look a day over 60.

I wrote a series of posts in 2013 about the history of the civil service. You can find those posts here. The civil service of 1883 was much like it is today. In fact, all of these requirements were included in the original Pendleton Act:

After 135 years, it is surprising that so much of the original law still remains in one form or another. Every few years we see politicians try to “reform” some aspect of the civil service, such as proposals last year to make federal workers “at-will” employees. Such a move would not interfere with some aspects of the civil service, such as open competitive examinations, job classes and grades, and veteran preference. It would, however, undermine the ban on appointments based on political activity or lack of it. It would also undermine the concept of merit based hiring and retention. The reason the civil service has lasted so long is that most people agree with the basics of its original design. Who would argue with hiring and firing based on merit? Who would argue with keeping politics out of it? Who would argue with banning using your official position for personal gain? President Theodore Roosevelt, following his service as a Civil Service Commissioner, summed up his views on the civil service:

The biggest problems with today’s civil service are not based on its original intent. The ideas that drove the Pendleton Act 135 years ago and that President Roosevelt so eloquently addressed are still relevant. We want a civil service that works for the American people. We want to know that they are not enriching themselves through their official acts. We also want civil servants to be paid a fair wage based on the work they do, and to be held accountable for their performance and conduct.

When I said at the beginning of this post that the civil service doesn’t look a day over 60, I was not joking. The civil service is showing its age due to the lack of progress on a couple of critical issues. First is the establishment of job classes and grades. That idea was almost cast in concrete with the Classification Act of 1949. It was intended to solve a problem — the proliferation of pay schedules — with a single “General Schedule” that could cover all white-collar jobs. It was a great idea and it worked well. At least it worked well when more than half of the workforce was GS-5 and below and federal workers were arrayed across 18 GS grades. Now that the workforce is mostly clustered in the GS-11 through GS-15 grades, the General Schedule needs to be rethought for today’s labor market.

The other problem is on the accountability side. A recent article in the Merit Systems Protection Board’s excellent Issues of Merit newsletter addressed one aspect of accountability — the supervisory probationary period. MSPB said: “Agencies rarely use the supervisory probationary period to take action against unsuccessful probationers. Data from the Office of Personnel Management’s (OPM) Central Personnel Data File indicates that agencies took action against just over one-half of 1 percent of new supervisors for failing to successfully complete the probationary period. In other words, only about 6 out of every 1,000 new supervisors fail the probationary period. Given the weaknesses MSPB has previously identified in agency leadership hiring and development practices, it seems unlikely that so few Federal supervisors would fail.” The results of the probationary period for other new hires are no better. MSPB reported that “discomfort in taking actions” is a substantial barrier. They said: “Several agencies agreed that supervisors’ discomfort with taking actions against ineffective supervisory and managerial probationers is a barrier. This is a longstanding problem in Government, and Federal employees have commonly cited the management of poor performers as a workforce issue in various surveys.”

Job classification, pay and accountability can be addressed through targeted civil service reform that retains the founding principles of the civil service. Overall, I believe the civil service and civil servants serve the people well. There are 2 million of them, and most do a good or even outstanding job. So as we celebrate 135 years of service to America, we should appreciate the good and reform what needs fixing. That is the best way to honor the service of the millions of public servants who have worked tirelessly for our country during the 135 year history of the modern civil service. 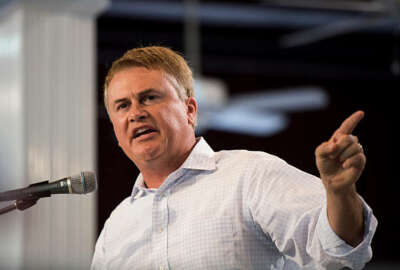