Over the course of the last week, the General Services Administration issued and received comments on a draft Ascend Blanket Purchase Agreement (BPA). This BPA seeks to assist agencies in their efforts “to develop and implement enterprise-level cloud acquisition strategies through a modernized and simplified approach to meet their IT and cybersecurity requirements.”...

Over the course of the last week, the General Services Administration issued and received comments on a draft Ascend Blanket Purchase Agreement (BPA). This BPA seeks to assist agencies in their efforts “to develop and implement enterprise-level cloud acquisition strategies through a modernized and simplified approach to meet their IT and cybersecurity requirements.” It is envisioned to provide baseline requirements for capabilities offered by commercial Cloud Service Providers (CSPs) that, currently, are not available under the GSA Multiple Award Schedule (MAS) or Governmentwide Acquisition Contracts (GWACs).

At the outset, Coalition members continue to express their appreciation for GSA’s collegial outreach to industry on this effort. The agency’s commitment to engagement and direct input is welcome as both Government and industry seek to achieve the best solutions delivered most efficiently to agencies seeking to serve the public. Coalition members, however, also remain perplexed regarding the business case for the multi-agency BPA.

As set forth in this blog commentary on a previous iteration of the BPA, which cited Coalition comments responding to GSA’s Request for Information (RFI) for its (GSA) Multiple Award Blanket Purchase Agreement (BPA) for commercial Software-As-A-Service (SaaS), Platform-As-A-Service (PaaS), and Infrastructure-As-A-Service (IaaS), members remain concerned that these efforts, collectively, prompt unnecessary duplication and increased costs. To the point, generic, government-wide multiple award BPAs create redundancy in administrative processes and contract terms, which, in turn, increase costs for contractors, agencies, and GSA because they neglect to identify two salient points required for contractors to submit responsive proposals: who is using the services, and how much will they use.

This point is recognized in Federal Acquisition Regulation (FAR) 8.405-3(a)(6). By providing that the

[e]stablishment of a multi-agency BPA against a Federal Supply Schedule contract is permitted if [that] BPA identifies the participating agencies and their estimated requirements at the time the BPA is established,

this section highlights that generic, government-wide BPAs, like Ascend, that do not include agency requirements simply do not provide an adequate basis for competition. They are not consistent with the Competition in Contracting Act (CICA) and the underlying authorities for the MAS program, and they do not provide industry partners with the critical competitive business information necessary for them to decide whether to compete for the BPA.

The identification of participating agencies and their estimated requirements is especially important in connection with commercial cloud services. These services utilized on an enterprise-wide basis by a given agency likely will have to be customized to meet the agency’s specific requirements, resulting in a large variation in the ultimate delivery format and construct of cloud service offerings provided across agencies. For this reason, leveraging the FAR 8.4 competitive task order process, which calls for the utilization of specific evaluation criteria associated with unique agency requirements, would provide a sound approach to supporting specific customer agency requirements. This approach affords commercial cloud contract holders the opportunity to propose custom solutions responsive to individual agency requirements, avoiding wasteful administrative activity associated with a generic BPA.

To this very point, just last week, the Department of Treasury (Treasury) issued a Request for Quote (RFQ) for its Department of Treasury Cloud (TCloud).  In that RFQ, Treasury set forth specific requirements, to which, contractors will respond.  Those requirements are tied to specific Treasury needs under “a hybrid Firm-Fixed Price (FFP) and Labor Hour (LH) single-award [BPA] under the [GSA MAS] program, for [TCloud].”  Treasury’s BPA is an example of a customer agency leveraging its requirements through GSA’s MAS program.

Along these lines, the Ascend RFI continues to include the requirement that the eventual BPA holders submit competitive proposals 75% of the time during the single period of performance.  See Section 6.16 (page 31 of the RFI). This term amounts to a procurement tax on both BPA holders and customer agencies. For BPA holders, it demands that they spend valuable, and limited, bid and proposal dollars on the act of submitting responses to task orders that are not justified by a business case, and thus, are not suitable for them to pursue. In turn, customer agencies will be spending valuable time, talent, and other resources evaluating proposals from firms not interested in doing the work. Most significantly, the term creates inaccurate competition data providing a distorted picture of the level of task order competition under the BPA.

As the Coalition noted,

Coalition members believe task order competition directly against the underlying MAS contracts for agency-specific cloud requirements is a more efficient and effective approach than through generic, government-wide BPAs for cloud services. GSA already has the cloud marketplace. It also has the MAS program’s contracts for cloud services.  Generic, government-wide BPAs do not leverage the cloud marketplace; task order competitions for agency requirements do.

If GSA continues on the path to securing an Ascend BPA, it will be incumbent on the agency to provide a fulsome business case to its industry partners, including estimated requirements, in order to promote effective competition that delivers best value solutions. To the extent GSA contemplates a deviation from the requirements of FAR 8.404-3(a)(6), it would be admitting, in effect, that there are no customer agency commitments to use the BPA. As such, it will yield a costly, inefficient outcome for its customer and contractor partners.

Key trends in IT GWACs & eCommerce 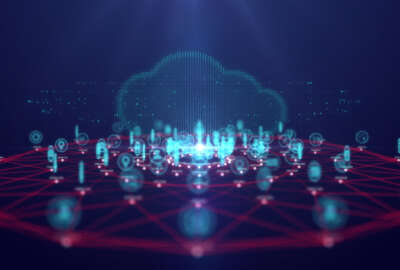