Retired Sen. Dan Coats sailed through his nomination hearing to be the next Director of National Intelligence, promising to make cybersecurity his top priority and to lead a review the intelligence community’s missions and programs.

Coats, who spent 16 years as a Republican senator from Indiana, said he made it a priority during his time in the upper chamber to ask a few simple questions.

“We must ask ourselves in a time of tightened budgets what programs are truly essential. Which may no longer be necessary or only partly necessary or of lower priority? How does each program support our overall goal or strategy, and is it duplicative of another effort? I will be looking to ask the IC these and many other questions if I’m confirmed,” Coats told the Senate Intelligence Committee during a Feb. 28 hearing. “In the vain of efficiency, there has been much discussion about the role of the DNI and the office of the DNI. Over the past 12 years, since its inception, the ODNI has been tasked with a variety of responsibilities in statute, in executive orders and presidential memorandum, along with recommendations coming from the 9/11 Commission and the Silverman/Robb commission on Weapons of Mass Destruction. I have been impressed by the office’s responsiveness to these many tasks within the reasonable resources that they have. Recent commentary on the size of the ODNI doesn’t mesh with what I’ve seen firsthand, and I believe it does a disservice to this committee and your efforts to keep the size of the ODNI in check.”

He said the ODNI workforce is less than 2,000 people and 750 of those employees are with the National Counterterrorism Center (NCTC). Additionally, he said about 40 percent of the ODNI staff is on rotation from another intelligence community agency to help with the sharing and coordination of information.

Coats promised to look at not only the ODNI, but the entire intelligence community to better understand how they can be more efficient and effective.

Reuters reported in early January that the presidential transition team believed the ODNI was too big and has grown too fast.

Coats said at the hearing that the combination of laws and presidential directives have added to the mission of ODNI over the last decade and the fact many people don’t associate the NCTC with ODNI play a role in that perception.

“It doesn’t mean that we can’t take a hard look at that, how can we streamline and how can we be more effective, but simply taking a number of people here and putting them over there really doesn’t change the dynamic if the reason they are here is for integration processes, coordinating processes and so forth,” he said. “If you are going to integrate information that is coming from 16 other different agencies, you have to have members there from some of those functions that know what’s coming from their function so they can be part of the integration solution.”

Sen. Roy Blunt (R-Mo.) asked if Coats thought the role of the DNI was clear and if it had enough authority.

Coats said there has been some “fog” about the exact authorities of the DNI and the responsibilities that are left to the other IC agencies.

“Clearly [the DNI] is an overseer. Clearly someone who has some defined authorities, but not necessarily the authority to go into every agency and deal with their operations,” he said.

Coats agreed with Blunt that after 12 years it makes sense for Congress and ODNI leaders to relook at the DNI’s authorities and responsibilities.

Sen. Joe Manchin (D-W.Va.) asked Coats if he thought the DNI should have the ability to remove another executive in the intelligence community.

Coats said the DNI can take those recommendations for removal to the president since each of the leaders in the IC are political appointees.

Coats said one of his first goals is to get to know the other leaders in the IC and create a relationship to achieve goals as a community.

He said his other broad goals include: 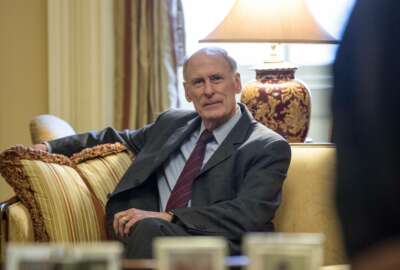 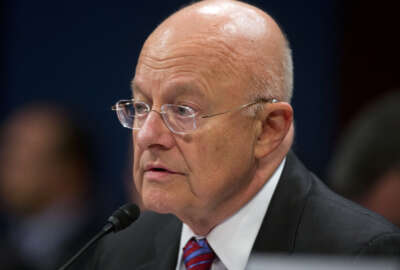 DNI brings intel community a little out of its shell