The Defense Department’s public reports painted a rosy picture of the Transition Assistance Program, which prepares service members for civilian lives and jobs. But, after the Government Accountability Office found some of the numbers weren’t accurate, Congress found even more misleading information that has brought the effectiveness of the program into question.

“We found that DoD’s public reporting may have misstated TAP performance because DoD did not disclose the data we’re missing for 48 percent...

The Defense Department’s public reports painted a rosy picture of the Transition Assistance Program, which prepares service members for civilian lives and jobs. But, after the Government Accountability Office found some of the numbers weren’t accurate, Congress found even more misleading information that has brought the effectiveness of the program into question.

“We found that DoD’s public reporting may have misstated TAP performance because DoD did not disclose the data we’re missing for 48 percent of National Guard and Reserves and 12 percent of active-duty service members on active duty in FY 2016,” said Cindy Brown Barnes, the director of education, workforce and income security at GAO, at a Nov. 8 hearing of the House Veterans Affairs Committee. “When DoD publicly reported it had exceeded its reporting goals, it had excluded these individuals, even though they were eligible for TAP.”

And what lawmakers found when they took a closer look is that the numbers primarily presented by the departments involved in the program — Veterans Affairs and Labor, in addition to DoD — don’t provide an accurate picture of the success of the program. The departments track graduation numbers, but they don’t yet have a system in place to measure whether the program actually helped veterans after their transition.

“Our output measures at DoD center around VOW compliance, career readiness standard attainment,” said Judd Lyons, director of the Defense Personnel and Family Support Center at DoD. “But we’re constantly looking at data points that help us improve the program.”

He offered up a few statistics, saying that in the third quarter of FY 2017, 91 percent of participants that went through TAP said they gained skills and info that were valuable to them to plan their transition, that TAP training enhanced their confidence in planning for their civilian life, and that they would use what they learned.

“Can you give me a succinct answer on how we can get better measurable outcomes?” asked Rep. Beto O’Rourke (D-Texas). “Not so much who attended class, and when they attended it, and whether they attended it online or in person, although those could be important measures, but what the value of that attendance was.”

And Rep. Luis Correa (D-Calif.) said the departments needed to inquire at least one year after graduation about the satisfaction of veterans who used the TAP program.

But Lyons said that keeping track of those service members after they separated from the service is challenging. He said DoD has commissioned surveys, research projects and even recently a RAND study, which are helpful, but the departments haven’t figured out how to obtain a complete picture of the program’s effectiveness.

“To me, that’s the heart of my concerns and the crux of the matter on programs like this, and any other program that you know philosophically and in theory is an excellent objective, but in practice we don’t know if it’s working and we don’t know how to make the changes to make it better until we are constantly measuring not just the input or output but outcomes,” said Rep. Jim Banks (R-Ind.).

When Rep. Brad Wenstrup (R-Ohio) asked what “mission complete” looked like with each particular troop, such as a school chosen, a major or certification program planned or a job acquired, no one had a clear answer for him.

Ivan Denton, director of the Office of National Programs at the Labor Department’s Veterans’ Employment and Training Service, said Labor has begun taking a look at the end-state of the program. The department considers success to be the development of a successful career through one of the three potential tracks: higher education, technical training or entrepreneurship.

And Denton, a retired brigadier general of the National Guard who also spent time on active duty in the Army, was also able to offer some personal experience with the program.

“Having just transitioned last year myself, anecdotally, I think it works,” he said. “Whether you’re a sergeant or you’re a general, that challenging question of what are you going to do for your second career is not an easy one.”

Other issues with the program that came to light in the GAO report is that 53 percent of service members who attend the program do so less than 90 days before the end of their service, when regulations say it should be before that. In addition, some officers have pushed back against having to let their men take the time to attend the class.

“I don’t know that we have a compelling articulation of the value of TAP,” O’Rourke said. “What we can tell that separating service member that they’re going to find in this that’s going to help them in their lives, beyond the fact that they have to do this, or they’re supposed to do this. Same for the officer, same for the member of Congress, same for the taxpayer that fronts the $117 million annually. Without that measure, this is not going to get better.” 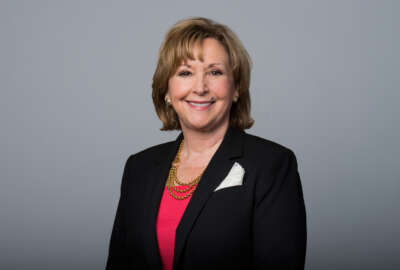 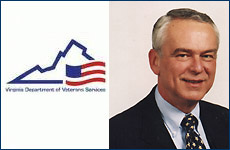