Lawmakers are worried costs for the 2020 Decennial Census are getting off track as the projected life-cycle price tag is now at $15.6 billion — 27 percent, or $3.3 billion, more than projected in October 2015.

About half of the increased funding would be for IT-related expenses, as the survey is expected to be the Census Bureau’s most digitally-focused decennial count ever. Thirty of 44 systems that the bureau planned to use in its end-to-end...

Lawmakers are worried costs for the 2020 Decennial Census are getting off track as the projected life-cycle price tag is now at $15.6 billion — 27 percent, or $3.3 billion, more than projected in October 2015.

About half of the increased funding would be for IT-related expenses, as the survey is expected to be the Census Bureau’s most digitally-focused decennial count ever. Thirty of 44 systems that the bureau planned to use in its end-to-end tests for the 2020 survey have been developed, while only eight of those systems have been tested, according to David Powner, Government Accountability Office director of Information Technology.

“Key systems that need to be completed are the operational control system, the enumeration application and the fraud detection system,” Powner told the House Appropriations Subcommittee on Commerce, Justice, Science, and Related Agencies on Wednesday.

The subcommittee hearing was meant to address the bureau’s $3.8 billion fiscal 2019 budget request, which is about $2.3 billion more than it received in 2018 and is largely due to information technology and field infrastructure needs for the 2020 Decennial Census. The request also covers 40 new field offices to be stood up in the first quarter of 2019, and 240 new positions for the 2020 Census.

“We worked closely with the secretary and his team at Commerce last year to do a very deep dive into the prior census life cycle estimate,” he said.

Powner urged the subcommittee to demand and closely follow up on quarterly progress reports from the bureau and Commerce Department to ensure plans stay on track. Robert Goldenkoff, GAO director of Strategic Issues, added that since the original cost estimate was released in 2015, the bureau’s calculations showed improvements in accuracy, credibility, comprehensiveness and being well-documented.

But when it came to accountability, he expressed concern about the bureau’s decision to drop two of three end-to-end tests for the 2020 decennial count, due to budget constraints.

Regarding the 44 systems for the end-to-end tests, the GAO said in a Wednesday report that the testing delay was a significant challenge to staying on schedule.

“The systems that Mr. Powner’s referring to are actually being used right now,” Jarmin said. “So we have a phased approach — there are different product releases and certain functionalities ready for when it’s needed.”

Culberson said testing was especially important given problems on the IRS’ website Tuesday. Powner said the bureau’s IT staff would meet with the IRS to find out what caused the agency’s Tax Day website glitches and would plan accordingly.

One thing the end-to-end tests do not include is the citizenship question on the decennial survey, which has not been asked on the form since 1950. Several Democratic members said they were concerned it would lead to undercounting in immigrant and minority communities.

Subcommittee Ranking Member José Serrano (D-N.Y.) asked Jarmin why this was the case, referencing Commerce Secretary Wilbur Ross’ memo that said to place the question last on the forms.

“Since this suggests that the department knows that there will be a very real and negative impact associated with adding this question, if so, why isn’t the department testing the question as part of the 2018 end-to-end test currently being conducted in Rhode Island?” Serrano asked Jarmin.

Jarmin said that because the bureau had no direct evidence such a question would lead to a precise increase in nonresponse rates, the secretary made a “cost-benefit” decision not to include it in the end-to-end tests.

He said the Department of Justice asked the bureau to consider including the question as a way to better enforce the Voting Rights Act. Ross approved the question after the bureau presented three options: to not include it in the 2020 Census, to use administrative records from other agencies to determine citizenship rates, or to include the question on the survey.

Jarmin said the secretary opted for a hybrid of the second and third options.

“The Census Bureau suggested that we thought that the best approach there would be to use administrative records, but we noted that there were strengths and weaknesses in terms of providing high quality, block-level citizen voting age population data to meet the request that the DOJ had stated in their letter,” the acting director told the subcommittee. 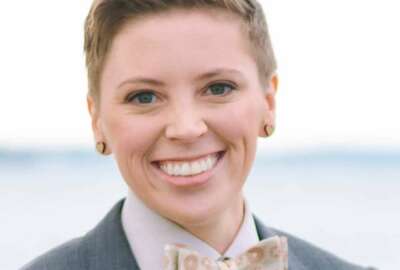