Civil infrastructure has been deteriorating faster than the U.S. Army Corps of Engineers can keep up with for years, and the 31 % cut to their funding called for in the President’s budget proposal won’t help the situation. That’s why it’s asking Congress to sign off on new tools in their fiscal 2020 budget that would help them reduce a $98 billion backlog of civil works construction projects by involving the private sector.

Civil infrastructure has been deteriorating faster than the U.S. Army Corps of Engineers can keep up with for years, and the 31 % cut to their funding called for in the President’s budget proposal won’t help the situation. That’s why it’s asking Congress to sign off on new tools in their fiscal 2020 budget that would help them reduce a $98 billion backlog of civil works construction projects by involving the private sector.

“The effort to revolutionize the Civil Works program focuses on accelerating project delivery, transforming project financing and budgeting, and permitting and regulation reform,” Lt. Gen. Todd Semonite, commanding general and chief of engineers at USACE said in his written testimony at an April 10 hearing of the Senate Appropriations Energy and Water Development subcommittee. “The FY 2020 Budget seeks to transform project financing by proposing two new, innovative construction programs in the FY 2020 Budget.”

These two new programs both revolve around non-federal partners in construction projects, and USACE is looking for $150 million for each. The Non-Federal Construction of Federal Projects program, authorized in the Water Resources Reform and Development Act of 2014, would transfer funds to non-federal partners to complete construction projects, while the Innovative Funding Partnerships program would increase the amount of funds available for these projects.

USACE has been pushing for more public-private partnerships (P3) since last year, when the Assistant Secretary of the Army for Civil Works sent a memo directing USACE to explore the idea as a way of reducing the backlog quicker and cheaper. These two new programs are an attempt at doing that.

“We don’t have enough money in the United States government to pay back $98 billion of backlog. So, we’ve got to think out of the box. You know very well the advantages,” Semonite said. “And I’ll just read a couple of numbers here. The amount: if you went to a P3 option, it’s going to save the government at least $100 million. It’s going to go from a 16-year project to a six-and-a-half-year project and things like 28 contracts down to 11. It’s just a much, much more efficient way to do it.”

One of the main concerns senators had with the program, however, is the way the projects are selected. Currently, they’re funded based on a formula, where projects are funded based on either an economic return of 2.5:1 or higher, ongoing projects that can be completed within a year with a return of 1:1, or an environmental return that demonstrates restoration of an ecosystem to its natural condition.

But Sen. John Hoeven (R-N.D.) isn’t sure that’s the right way to choose projects for these programs.

“Wouldn’t it be advantageous to give [USACE] more discretion in looking at these projects, rather than just some formula over at OMB?” he asked. “Wouldn’t it make sense to give the engineers and the Secretary that build these projects discretion to look at these tools and make some of those decisions so you reduce that backlog? Federal government benefits, getting more projects for less money, and cities and states get their projects done. And it gives them an incentive to do more. Isn’t that the right incentive?”

Semonite agreed with that assessment, pointing to the success of that kind of arrangement in a recent disaster relief supplemental appropriation.

“I don’t want this (ph) to get lost. It’s not just the funds, it’s the flexibility,” he said. “Congress did a phenomenal job with the $17.4 billion supplemental. You said, go figure out where the most dangerous places are and then apply the supplemental. You allowed us that flexibility in the workplan. Where’s the best place for that money to go? So this is where the funds are obviously needed, but the ability to be able to, from an engineering and science perspective, be able to apply those funds is hand-in-hand just as important.”

But subcommittee Chairman Lamar Alexander (R-Tenn.) did not share those sentiments, pointing out that Congress had agreed on the priorities for USACE, and that he wasn’t interested in delegating responsibility to determine where tax money is spent to anyone who wasn’t elected.

That said, Alexander also did not agree with the proposed budget cuts to USACE in the first place.

“This is just an example of the administration trying to dress up big budget cuts to not look so bad,” he said. “That’s all it is. We’re not going to pay any attention to it. I don’t think it’s a responsible approach at all.”

“Compared with the FY ’19 enacted bill, the administration’s budget requests represents a more than $2 billion cut to the Army Corps’ civil works program. Mr. Chairman, we cannot let that happen,” she said. “The construction account alone suffers a 43% cut. Now, this doesn’t line up with the Administration’s focus on our nation’s infrastructure or the realistic needs of our country. So, I look forward to working with you and I know we can find money and make some changes here.” 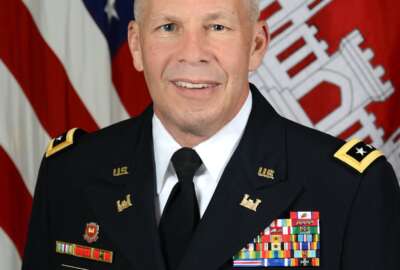