This story has been updated to include a statement from the Coast Guard.

An 18 month congressional investigation turned up multiple instances of whistleblower retaliation at the Coast Guard, failures on the part of leadership to conduct meaningful investigations into allegations of harassment and bullying, and a general lack of accountability. At a joint hearing of two House subcommittees, the Coast Guard said these events are isolated, but one of the whistleblowers called the issues “pervasive.”

An 18 month congressional investigation turned up multiple instances of whistleblower retaliation at the Coast Guard, failures on the part of leadership to conduct meaningful investigations into allegations of harassment and bullying, and a general lack of accountability. At a joint hearing of two House subcommittees, the Coast Guard said these events are isolated, but one of the whistleblowers called the issues “pervasive.”

Coast Guard Vice Adm. Michael McAllister, deputy commandant for Mission Support, said during the Dec. 11 hearing of the Oversight Subcommittee on Civil Rights and Civil Liberties and the Homeland Security Subcommittee on Transportation and Maritime Security that the internal harassment investigations in question weren’t representative of how the Coast Guard as a whole handles these kinds of incidents.

But one whistleblower who testified disagreed.

“I can say without a doubt, without hesitation, that it is pervasive across our service,” Lt. Cmdr. Kimberly Young-McLear said. “I’m not saying that every individual in the Coast Guard experiences harassment. I’m not saying it’s pervasive in every unit, but I think we have to look at it from a systemic perspective.”

Young-McLear was a permanent faculty member at the Coast Guard Academy in 2015, when she raised harassment and bullying allegations against her then-supervisor, the head of the academy’s management department. She detailed how her multiple attempts to obtain redress for these issues took her beyond the chain of command within the academy, leading to interactions with multiple admirals, civilian members of the senior executive service, and eventually the Department of Homeland Security’s Office of Inspector General.

Young-McLear also said numerous individuals within the Coast Guard have reached out in the past year to share similar experiences with harassment.

“Then you really kind of look at that across the board and you say, well, if it’s happening to a lieutenant commander who has her PhD, who worked for the deputy secretary, who’s passionate and dedicated, how are we to say that’s not happening to other people who don’t have the financial resources, who don’t understand the convoluted EEO processes and the bullying processes? Who don’t have the psychological support, the family support, and so on,” Young-McLear said.

Young-McLear’s case was one of two detailed in the report that stemmed from the 18-month joint investigation of the House Oversight and Reform and Homeland Security committees. The report focused on the multitude of ways in which the Coast Guard’s internal processes for reporting harassment and bullying were subverted or incorrectly applied in a way that allowed perpetrators to escape accountability.

“I’m a former chair of the Equal Employment Opportunity Committee, and I’ve been trying to understand how the Coast Guard handles complaints. And I must tell you, all I see is the lack of due process,” said Rep. Eleanor Holmes-Norton (D-D.C.).

Coast Guard members have two different programs where they can register complaints of harassment, bullying, discrimination, or other similar incidents: the Equal Employment Opportunity program for civilians, or the Military Equal Opportunity program, which is the military’s equivalent. The Coast Guard’s Anti-Harassment and Hate Incident policy dictates how the Coast Guard is supposed to investigate these incidents.

But the Coast Guard’s response to Young-McLear’s case raised questions of whether officials were intentionally trying to sweep her case under the rug.

“The assistant superintendent of the academy ordered a general climate and culture surveying of the department, chose an unqualified investigator — from the information that we have — to conduct it and specifically told the investigator not to investigate the allegations,” Rep. Bonnie Watson-Coleman (D-N.J.) said. “The investigator actually told the committee staff that he was, and I quote, ‘expressly asked not to look at any individual.’ He was not even made aware of the lieutenant commander’s specific allegations until he spoke with her as the very last person he surveyed. It would seem actually, the process didn’t break down, but rather there was purposefully subverted. The assistant superintendent was presented with credible allegations of harassment and took no steps to ensure that they were investigated appropriately. So … I need to understand. Is this a cover up?”

Multiple lawmakers also mentioned how these kinds of responses to allegations of harassment could have a “chilling effect” on other potential whistleblowers who might be considering coming forward.

Young-McLear said she then experienced retaliation from her supervisor in the form of low marks on her Officer Evaluation Report, and took her case to the DHS OIG. The OIG began conducting an investigation in 2017, and ultimately found that the investigations into Young-McLear’s complaints had been handled improperly.

This is not the only instance in which OERs were used for whistleblower retaliation.

“Over a 12 month period, the inspector general’s office has found that Coast Guard officers retaliated against three service members, and in all three cases, at least one of the methods of retaliation was by lowering the officer evaluation report,” said Rep. Alexandria Ocasio-Cortez (D-N.Y.). “That, frankly, is completely unacceptable. What this also does is, as the lieutenant commander mentioned earlier, is that it could potentially allow some of the worst actors to be elevated within a culture within an office while lower officer evaluations reports leave some of our finest officers being relegated to being stuck in their careers.”

The OIG made four recommendations regarding Young-McLear’s case:

Jackson Eaton, deputy assistant inspector general for Special Reviews and Evaluations at DHS OIG, told the committees during the hearing that the first three recommendations have already been implemented. McAllister offered further details on how the recommendations were implemented.

“We had taken action immediately after receiving the results of that investigation,” he said. “The nuance here is we put out a message to every person on the Coast Guard saying that we had changed the policy. We needed to go back and update the manual that that change pointed to and that’s in process right now. And I suspect that that will be completed shortly. But everybody in the Coast Guard knows that the policy has changed, and it has, in fact, changed. So we completed all four of the OIG recommendations.”

But Young-McLear said the way the Coast Guard addressed some of these recommendations was “woefully inadequate.” She said that, while the numerical value of her OERs was corrected, the second part of the OERs, which is narrative, has not been addressed. And she said the training updates only addressed harassment, not bullying, and that most members of the Coast Guard don’t know the difference. The distinction, she said, is that harassment applies only to protected classes, whereas bullying applies more generally.

When asked for further comment, the Coast Guard responded with an email to Federal News Network on Dec. 16 with this statement:

“The Coast Guard welcomed the opportunity to testify last week to Congress on our focus and progress in pursuit of the most diverse, inclusive, and effective Coast Guard.  This is one of the service’s top strategic priorities as demonstrated by the investment and focus committed toward workplace climate and retention issues for our female and under-represented minority shipmates.

“The Coast Guard accepts and embraces the DHS OIG report findings.  We have diligently used these findings to remedy identified wrongs and implement changes for an improved environment moving forward.  We have changed CG policies and procedures for responding to allegations of bullying, harassment and hazing. This includes updates to our Civil Rights Manual, which now directs commanding officers and officers in charge to notify the next level in their chain of command and the servicing civil rights provider of the findings and outcomes of harassment, hate, hazing and bullying inquiries to ensure appropriate oversight and visibility. Additionally, the manual now explicitly directs managers to protect complainant identity.

“Furthermore, we have created new mandated training to educate the workforce on how to identify harassing behavior, outline the process for reporting this behavior, and how to assess and address this behavior in real world scenarios.” 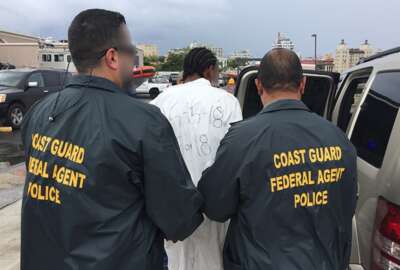 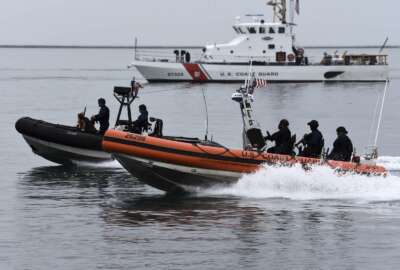