Congress’ work on the 2021 National Defense Authorization Act has been pushed back because of the coronavirus, but members are already starting to propose ideas for the annual legislation. The top Republican on the House Armed Services Committee introduced another round of acquisition reforms on Thursday, focusing mainly DoD’s requirements and sustainment processes.

Rep. Mac Thornberry (R-Texas), who plans to retire next year, has introduced reform legislation for each of the last several years’ NDAAs....

Congress’ work on the 2021 National Defense Authorization Act has been pushed back because of the coronavirus, but members are already starting to propose ideas for the annual legislation. The top Republican on the House Armed Services Committee introduced another round of acquisition reforms on Thursday, focusing mainly DoD’s requirements and sustainment processes.

Rep. Mac Thornberry (R-Texas), who plans to retire next year, has introduced reform legislation for each of the last several years’ NDAAs. But his proposals this year are a bit different. Instead of focusing on the mechanisms the department uses to buy products and services, he said it’s time to zero in on how it decides what to buy – the requirements process – and how it keeps the things it buys operating over the long-haul – the sustainment process.

Thornberry’s proposal would require DoD to write and implement a “comprehensive” sustainment strategy whose principles could be applied to everything from IT systems to tanks and aircraft carriers.

Aides say they’re confident that DoD can come up with a plan to improve its overall sustainment practices. That’s because the department did something very similar a decade ago, when it published a logistics strategic plan. It included specific goals and initiatives, but House staffers said DoD has essentially stopped tracking the progress of those programs.

With regard to requirements reform, the bill would start by trying to identify problems in the requirements process. It would order two studies, one external and one internal, to measure the system against several metrics, including how well it can respond to urgent warfighting demands and how technically feasible the military’s requirements tend to be.

The requirements process has also been a major focus for Gen. John Hyten, the vice chairman of the Joint Chiefs of Staff.

“Here’s the way we write requirements today: We write requirements for a product that say, ‘I want that built and delivered in 10 years. I want it cyber-secure, deliver everything perfect in 10 years.’ If you do that based on a threat at the beginning of the process, you get a capability to defeat the threat that was 10 years ago. And in cyber, you’re already out of date tomorrow. Not five years from now, tomorrow,” he said during a speech in January.

Thornberry said he wants to work closely with Hyten, and it’s likely that his proposal will change to deal with the specific issues Hyten is working on before the NDAA makes its way to the House floor.

“What I suspect may happen is as we go through the markup and conference process, and Gen. Hyten’s efforts progress and evolve, we will sit down and bring these two efforts together, because I do think it’s important to have a similar vision for reform,” he said.

Meanwhile, the Thornberry bill would also try to give Congress better, ongoing insights into the health of the Defense industrial base.

It’s an issue that’s also of concern to Defense officials, who released a detailed study in 2018 that pointed to workforce challenges, a surprising amount of reliance on foreign countries for key supplies and components, and risks that vital companies in lower tiers of the supply chain could go out of business.

Thornberry said lawmakers need to be briefed on the details of how the industrial base is faring on a more regular basis.

“One of the things COVID-19 points out is the fragility of our industrial base, especially with small and middle sized companies,” he said. “And obviously, with the dependence on other countries, this has been highlighted even before COVID-19. So, just like we have quarterly briefings on readiness and the state of our personnel and other things, the industrial base has to be included in that.”

Other parts of the bill tackle reforms beyond the acquisition system.

“We want to translate that into the whole DoD, and put in a requirement that part of your job as Secretary of Defense is continual reform, with dollar targets,” he said. “There are a number of provisions of law where we’re trying to make clear that that is part of what we expect from any secretary of Defense.” 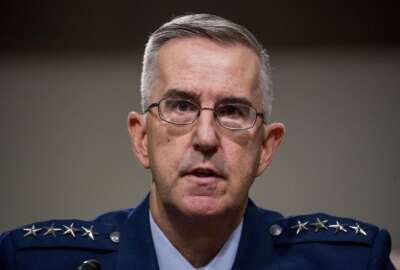 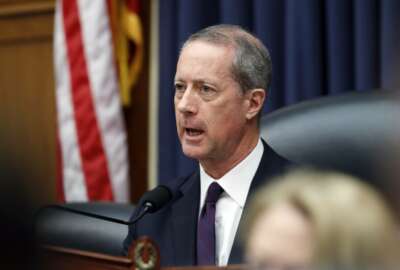