Congress still trying to establish how to operate under quarantine

The Senate returns to Washington this week with coronavirus related oversight hearings high on the agenda. The House is tied in knots over the ancient idea of quorum and whether you can have a virtual one. For more, Federal Drive with Tom Temin spoke with WTOP Capitol Hill Correspondent, Mitchell Miller.

Mitchell Miller: There all melting together aren’t they?

Tom Temin: They sure are. And let’s start with the House, I guess because you’ve been following the really bitter arguments over how and where they should meet.

Mitchell Miller: Right. I mean, this goes back to an argument as you alluded to, that’s really over 230 years old, whether or not the people’s House should actually meet here at the US Capitol. And it really stirred off a huge beehive of activity, really nasty back and forth between Democrats and Republicans. The House did approve proxy voting, as it’s called that allows a lawmaker to step up and say I am going to vote for this Congresswoman or Congressman, up to 10 people. Republicans absolutely hate this idea and they’re really going after democrats on it saying, first of all that they filed suit in the DC federal court, and that will be the long game, but for now they are really banging the drum saying that lawmakers should be here. Their basic argument is if you have essential workers during the coronavirus crisis, why aren’t members of Congress being here? And so when they did have some of their initial votes on this really historic day, there were more than 70 democrats who were not physically here at the Capitol. Many of them were voted for by members of the Washington area delegation Don Beyer from Virginia, Jamie Raskin from Maryland. Both of them, as they noted themselves are only about maybe 20 minutes away from the Capitol, so they voted for a lot of these lawmakers. And really, it seems to kind of have poisoned the atmosphere where there was some bipartisanship early on, as they got these big CARES Act packages together. Now we’re kind of back to our usual politics where both sides are really going at each other.

Tom Temin: And on the Senate side, they are back in town. But that HEROES Act, which was passed on party line vote in the House a couple weeks ago. Is that on the agenda at all, or any elements of it on the agenda?

Mitchell Miller: You know, not really Tom. It’s mainly oversight hearings that they’re going to be carrying out. Republican Senate Majority Leader Mitch McConnell has stood pretty firm on this idea of just taking a pause and maybe looking at a few things, but not really moving on anything very fast. Probably we’re not going to see anything in terms of a major piece of legislation for at least several weeks, sometime deeper into the summer. Right now, the Senate Banking Committee tomorrow is going to be back with oversight committees. They’ll be taking a look at how the CARES Act has already spent some of its money. That’s what a lot of Republicans say we should be doing is taking a look at what money that’s in the pipeline. Is it actually going to where it’s supposed to be going? Democrats say no, we need to act now on a lot of issues, including testing and tracing. So we’ve seen a lot more of these remote oversight hearings. In some cases, members are in the hearing rooms while others are back in their home state. And carrying this out is really going to be important moving forward, because, of course, in addition to dealing with COVID-19, they need to carry out the normal operations of Congress, such as dealing with appropriations bills. But not surprisingly, many of these hearings so far are addressing issues related to coronavirus. Just real briefly, one last week was a house work workforce subcommittee looking at what OSHA is doing or not doing, in the view of many Democrats to protect essential workers, which include many federal workers. OSHA is Loren Sweatt defended her agency’s response, even though they’ve only given out one citation link to the crisis specifically, they are handling thousands of complaints. She says that OSHA is providing guidance rather than a temporary emergency standard that many democrats want. Republicans say establishing that standard normally takes years to do and businesses need to be able to reopen without the threat of lawsuits.

Tom Temin: And meanwhile, the government is starting to at least issue some of the policy guidance, agency by agency on having people returned to federal offices. And that’s a national phenomenon not simply in Washington, DC. And is Congress overlooking that issue also, I wonder if that’s something that will come up under oversight.

Mitchell Miller: Yeah, it will probably be coming up under oversight, because many of the agencies will have slightly different plans for getting their people back. Of course, as you mentioned, this covers everybody across the country, but it corresponds here in the Washington area with a loosening of a lot of restrictions in Virginia, Maryland and DC, and so many of the agencies are somewhat paralleling those. But for people around here, many of these agencies as federal workers know are moving into the first stage of reopening. So they are continuing as we’ve talked about to stress telework whenever possible. Among the agencies that have spelled out their plans more specifically as the Energy Department. They have several phases that they’re going to bring back workers. And they’re setting up screening procedures for workers and contractors to actually go into the facilities. On the issue of masks, employees may wear masks in the office, but it’s not a requirement. According to Energy Department guidance. The department will provide masks for those who want one many other agencies, more efforts are being made to get hand sanitizer stations for its entrances and other high traffic areas. There’s also an interesting thing that Federal News Network pointed out this past week, which was that the department is actually, Energy Department is looking into getting touchless equipment for soap dispensers and faucets at the facility in Germantown, which has a lot of sensitive equipment. So other agencies including the Department of Agriculture, Interior, EPA, they have all released their plans as well. So we will continue to slowly start seeing people moving back into their offices and again, probably a lot of social distancing, and staging phases of when people can actually come into the office.

Tom Temin: And the other big topic is inspectors general, the Senate has to confirm Brian Miller to run the whole pandemic oversight apparatus. But then there’s issues over the Trump administration’s treatment of various agency IGs, and there’s bills there too.

Mitchell Miller: That’s right. House leaders are really upset about this. They’ve introduced a bill, this is backed by majority leader Steny Hoyer, that would limit the basic grounds that a president could remove an inspector general. They would only be able to be removed under certain conditions right now, as we’ve reported, and as Federal News Network has reported, many of these inspectors general have been fired or gotten rid of or moved around often on a Friday, as the President makes it very clear that he doesn’t like what they’re looking into and what they may be finding. Now it is entirely under his powers as Democrats acknowledge that he can do that, but there have been so many inspectors general that have been gotten rid of in the last several weeks and months, that it’s actually starting to make some of the republican supporters of the president a little bit nervous. Iowa Senator Chuck Grassley has been a longtime supporter of inspectors general. He made some noise this past week that he wants to make sure that they have the protection they need. And we heard from a former acting inspector general at Health and Human Services, Christi Grimm, she was pushed a lot by Democrats, basically to try to get her to criticize the president. She being in government for a long time stayed away from that, but she did stress there is an absolute need for independence for these inspectors general if you’re actually going to get to the root of problems in some of these agencies.

Tom Temin: Yeah, that’s a strange one, because I would think, I would expect the administration to challenge if that ever became law, that restrictions on why someone could be fired, why an IG could be fired, unconstitutional or separation of powers grounds.

Mitchell Miller: Right. And we’ve seen so many of those major issues under the Trump administration being tackled legally in the courts. So I would not be surprised if something like that comes down the pike.

Tom Temin: Alright so a busy week, anything else we need to know?

Mitchell Miller: Well, we’re gonna just see how the Senate continues to get back in action. I suspect what we’ll also be hearing is that a lot of senators will be making noise about the fact that the House is not back in session. There is still going to be this lingering bad feeling I think related to these proxy votes that the Democrats have supported and a lot of Republicans just really oppose. So I think you’re going to hear a lot of rhetoric from the Republican side saying why isn’t the House here in action? On the Democratic side, Democrats are going to say why is Mitch McConnell not acting on any specific legislation related to the coronavirus? I do think we are going to start edging into some areas of policy improvements in the payment paycheck protection program for small businesses which the house last week approved their measure, so we’ll probably get some advance on that. And then also Mitch McConnell has made it very clear he wants to get protections for companies so that they do not face lawsuits during this crisis. So we’ll probably see some movement on that as well. So a lot of incremental steps coming up, but a lot of things going on this week.

Tom Temin: Mitchell Miller is Capitol Hill correspondent for WTOP. Thanks so much for joining me. 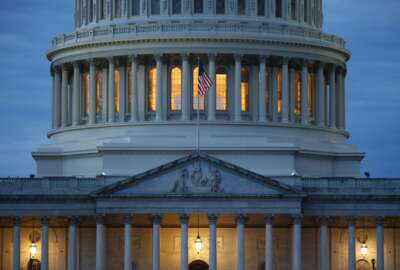 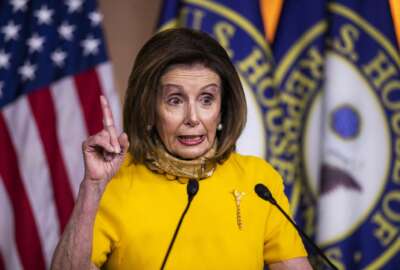 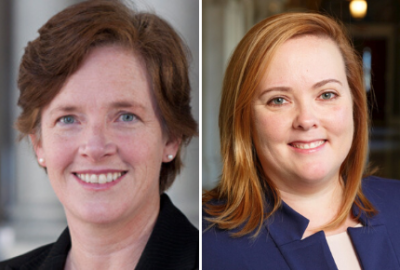