The General Services Administration is famous in part for its multiple award schedule system by which the government buys billions of dollars worth of day-to-day products and services. Less known is that GSA delegates operation of a piece of the program to Veterans Affairs. Namely, the contracts for medical supplies and services. The Government Accountability Office has...

The General Services Administration is famous in part for its multiple award schedule system by which the government buys billions of dollars worth of day-to-day products and services. Less known is that GSA delegates operation of a piece of the program to Veterans Affairs. Namely, the contracts for medical supplies and services. The Government Accountability Office has found VA needs to do a better job of managing its schedule contracts. For more, Federal Drive with Tom Temin turned to Shelby Oakley, director of the VA procurement portfolio at the GAO.

Shelby Oakley: Thanks for having me, Tom.

Tom Temin: Explain how this works. First of all, the GSA kind of hands over part of the MAS to VA.

Shelby Oakley: Yes. So essentially, GSA has delegated authority from managing the federal supply schedules that are related to health care to the Veterans Administration. They’ve just handed it over and the VA manages the program independently from GSA. But follows GSA’s policies and regulations for the program. So there’s nine healthcare related schedules that GSA has delegated to VA and we took a look at eight of them. The one we didn’t take a look at was the pharmaceutical schedule, and it has a number of differences from the other medical supplies and service is scheduled so we excluded that from our review.

Tom Temin: Is VA the only agency that can use the schedules or are they also government-wide like all the other one the GSA still operates?

Shelby Oakley: They’re certainly government-wide. Some of the biggest users of VA’s federal supply schedules are the Department of Defense, Health and Human Services, the Department of Homeland Security. And you know what these federal supplies that they really do is they provide an easy way for these government agencies to obtain commercial supplies and services. You get that benefit of volume buying. You get prices associated with that volume buying. So many federal agencies take advantage of the schedules.

Tom Temin: The schedules, one of the oldest programs that GSA operates for these types of commoditiesm is worth billions of dollars. Do we know the value of the of the medical section, medical supplies and services that VA operates?

Shelby Oakley: Yeah, absolutely. In fiscal year 18, which is the data that we report in our report, VA spent about $2.3 billion on medical supplies and services.

Tom Temin: For the schedule contracts that you did look at, what did you find generally?

Shelby Oakley: First we took a look at you know how these are being used. Is spending on them increasing? And what we found was that while VHA’s overall spending on medical supplies and services increased by about 20% from about 2014 to 2018, that the medical equipment and supplies federal supply schedule spending remained flat. Flat isn’t good when your overall spending is increasing by about 20%. We identified a number of reasons why that could potentially be the case. I think first and foremost, and it’s a similar scene that we find across the VA, is that there were a lot of key leadership vacancies over this time period — really guiding the program through this is kind of increased spending time and a lot of changes in regulation where VA had to make some changes to how it awarded federal supply schedules because of what’s called the kingdomware ruling where they have to set aside contracts to service disabled veteran owned small businesses If two or more are on the schedule. There were a number of different things going on at that time that affected usage. Also, VA is not getting these contracts awarded in time. We found that the VA was only really awarding 25% of the contracts within its timeliness goals. 75% of the time, they were not meeting its timeliness goal, which is about 180 days. Modifications were a little bit better but not much. Modifications to add new items, which are really important to medical centers, they want the latest and the greatest products on the supply schedules. They were only able to meet their goals for that 54% of the time.

Tom Temin: So if you can’t modify the contracts quickly or even award them in a timely way, that could potentially make VA and the other agencies that used these contracts go to other, more expensive or less efficient sources?

Shelby Oakley: Exactly. Like purchase cards, or like the Medical Surgical Prime Vendor Program, is another program that is available for medical centers to purchase medical supplies and services or just national contracts at VA has in place for some of these goods and services.

Tom Temin: So what were your recommendations then?

Shelby Oakley: We need 11 recommendations to VA, and they occurred with all of them. What we really focused in on was how VA could better manage this program. So we wanted the VA to put in place some controls to make sure that the vendors are reporting their sales data appropriately because while we found GSA had such controls, VA did not have such controls. We made some recommendations related that VA should take some steps to identify where service disabled veteran owned small businesses really play in these federal supply schedules so that the contracting officers can feel confident in going to FSS to award those contracts because they know they’ll be veteran owned businesses on there. Really taking a look at putting in place mechanisms to get feedback from the users of these schedules. These are supposed to be simplified ways for folks at the medical centers to get supplies and services and VA really currently doesn’t have a means to understand whether they’re meeting those needs, Made some suggestions related to collaboration between GSA and VA, particularly during that leadership gap I mentioned prior in our interview. There was a severe lack of communication between GSA and VA, and I think VA has a lot that they can learn from GSA. GSA’s management of his schedule about two times greater than the VAs. So they have a lot more experience and mechanisms in place.

Tom Temin: Now the GSA has just consolidated 24 of the schedules into one big one, that’s a long running, well known effort. Has the same consolidation happened to the nine schedules under the VA part of this? For the medical supplies?

Shelby Oakley: No, it has not. That type of consolidation has not happened. But VA have made a shift. Another area that we focused on is that Medical Surgical Prime Vendor Program that I mentioned to you. VA has kind of made a shift to asking medical centers to order supplies and service is off of the Medical Surgical Prime Vendor Program as a priority. This is kind of an interesting thing, and we identified that there could be potential duplication there between the FSS program and the MSPV program, because for years VA’s MSPV, Medical Surgical Prime Vendor Program, was based off of FSS. And then in the past five or so years they switched to a separate and independent program. But we saw a lot of overlap there. We saw about 41% of what’s on a MSPV is already on FSS. So we asked VA to really take a look at that potential duplication and whether that is really using the
contracting resources that are already really overtasked effectively.

Tom Temin: Sure, you could get to the same effect with a SIN, a special item number, or a BPA perhaps.

Shelby Oakley: Yep. So we think it would be a good chance for VA to really think about how it kind of acquires these goods and services large within the agency and not be so focused ona program by program look. 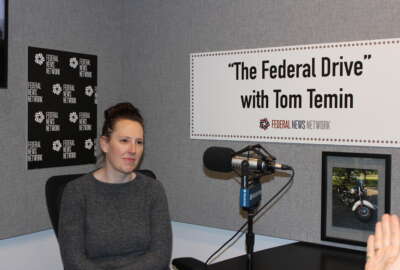 An update on GSA’s schedule consolidation 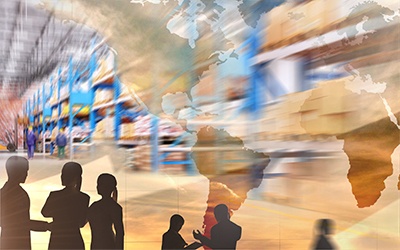