An update on the current contracting landscape

The situation is fluid, but coronavirus dollars are still flowing through federal agencies. Obligations so far have exceeded $4 billion, according to the latest Bloomberg Government analysis, with more to come. For an update on where the next round of opportunities lies, Federal Drive with Tom Temin spoke to BGOV’s director of government contracts, Dan Snyder.

Dan Snyder: Thank you, Tom. Happy to be with you again.

Tom Temin: Now, you were with us about a month ago when this was all still unfolding. And you had been tracking the spending several billion dollars, what’s happened in the last month and what do you see happening in the next few weeks here?

Dan Snyder: Thank you, Tom. We’ve had a tremendous uptick in spending since the last time you and I spoke that was at the onset of activities when the government was at first establishing their definition for tracking coronavirus related transactions. And at that point, it was as low as about 35 million in mid March now that we fast forward five weeks later reported spending transactions related to federal agencies are at 7.4 billion. And that excludes amounts from the Pentagon, which are on a 90 day delay. And as far as we can tell, that would add an additional 500 million. So just about $8 billion is being obligated by federal agencies to continue to fight the pandemic.

Tom Temin: Yeah. So from tens of millions we’re now into the multiple billions of coronavirus related spending. This is by the government for the government’s own requirements.

Dan Snyder: That’s exactly correct. So the vast majority is for drugs and medical supplies. And then the balance is pretty evenly distributed. There’s a large majority going towards RND. somewhere in the neighborhood of about 670 million. It intelecom is comprising of about 500 million. And then we’re also seeing a lot of architecture and engineering constructions as contractors are being on boarded by federal agencies to help with the retrofitting of a number of buildings. Most In the tri-state area, New York, Connecticut, New Jersey, to retrofit existing buildings such as civic centers into medical facilities, so it’s all across the board. If we examine the numbers by products and services from a different angle, if we zero in on some of the activities that is occurring by contract type, I mentioned that fending for it and telecommunications and a lot of that is being shoveled through existing multiple award contracts. So IT schedule 70 is accounting for about 330 million and then we have a number of GWAC. SEWP is leading the charge and Joanne Woytek’s vehicle is seeing an uptick in volume as she reported last week. SEWP accounts for about 150 million, followed by two vehicles at HHS CIO-CF and CIO-SP3 small business and then a number of GSA GWACs as well including 8(a) stars and Alliance large business are making them the balance of those IT dollars and what we are seeing in multiple award contracts vehicles.

Tom Temin: Yes, that was a big question because the agencies in some cases have not done a great job on the information technology means of delivering the services that they are required to do the loans. And all of this have gotten hung up in it a lot. So it seems like even though there’s no specific money for monetization targeted by Congress, that is what agencies are doing, at least from your account to maybe half a billion dollars or so.

Dan Snyder: That’s exactly correct. So what are the major opportunities that we’ve been tracking was for call center support at the Small Business Administration, of course, with all of the activities that they’ve been doing with the legislative aide, they’ve had an influx of calls so they awarded a contract for about $22 million at the end of March to assist with fielding those calls. So it’s not just the it hardware, and agencies are looking to adapt from working remotely. But there’s also a lot of concentration in the IoT dollars that are being facilitated through the influx of call centers as well. And then you mentioned the modernization efforts which wouldn’t necessarily automatically be included in our market definition for coronavirus spending or that $8 billion. But as far as we can tell, at Bloomberg Government, we’ve done an analysis of the opportunities being released by federal agencies and there’s been no decrease in that volume. So the agencies do seem to be marching forward with existing plans towards modernization just as we have seen in previous months,

Tom Temin: But the money that you have been tracking for whatever purpose drugs to call centers, that is from the appropriations that the federal government requested for itself in the one of the early stimulus bills, correct.

Dan Snyder: So this money wasn’t directly correlated to the passage of that stimulus bill, it was, of course, to help with the facilitation, but I don’t think the money was tagged specifically in that definition.

Tom Temin: What I’m driving at is, is this money that’s being spent this $7 billion in the 500 million or so. And it was that from existing funds for fiscal 2020, or was it among the appropriations that were added in as part of the stimulus bill for I think there was, you know, several billions 10s of billions for the government itself.

Tom Temin: All right, so here we are standing now, at the threshold of May with this thing dragging on what do you see ahead and what should contractors be looking to concentrate on?

Dan Snyder: So one of the biggest activities that we’ve seen from the guidance released by federal agencies was at the passage of the pair’s act 3610, which allowed for federal agencies to reimburse paid leave to contractors to keep employees or subcontractors and what is referred to as a ready state. So this is a huge win for contractors who are at severe risk of not being funded to keep those existing employees on contracts. So this implementation of the cares act and inclusion in the bill itself codified the ability to keep them in a ready state through the end of the fiscal year. So that will keep them active and ready to deploy should the federal agencies need them up until September 30. So this includes, again, employees and subcontractors and was probably the biggest impactful activity that contractors were most interested In addition to that, we’ve seen some increases in the simplified acquisition as well as the micro purchase transaction. So these are going to be all the rudimentary services and supplies the government representatives need to fulfill in order to keep activity flowing. So both of the FA P and micro purchase were increased to 20 and $30,000 for most purchases. And then we’ve also seen propensity to award contracts using other transaction authority. And the government also increased the threshold for otas $100 million dollars and $500 million for agencies representatives to authorize otas until COVID emergency declaration is rescinded. So certainly a vast majority of activity is allowing federal representatives to use all the tools at their disposal to quickly and efficiently order an award the contracts that are necessary to fight this pandemic. And how Johnny on the spot is the government being right now in paying its bills, as far as I can tell, doing all that they can to to also pay the contractors. GSA released a memo on April 11 for accelerated payments to small business and contractors, contractors and subcontractors. So that allows GSA to provide accelerated payment with a goal of 15 days after receipt of a proper invoice. So they are doing their best to keep the money flowing to contractors, both prime contractors and subcontractors throughout the supply chain. So nobody’s dying on their receivables. That’s the intent. Yeah, we want to keep money flowing so that they’re the contractors aren’t strapped in that supply chain does not die down so that we are able to satisfy requirements at least until that emergency declaration interest ended. 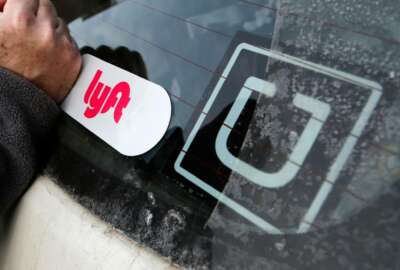 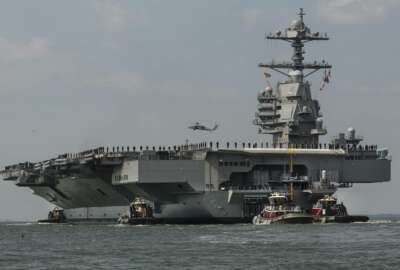 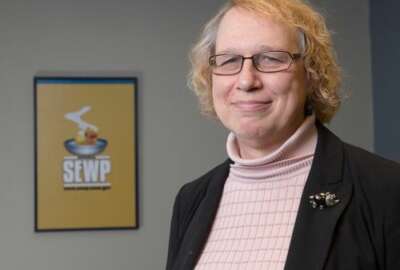