The federal spending calendar is getting decidedly lopsided

For decades observers of federal spending patterns have focused on the rush to use up contracting dollars in the fourth quarter. But this year, an equal but opposite phenomenon has emerged. Agencies releasing fewer and fewer dollars of contracts in the first quarter, when there’s a whole year ahead to get things done. That could lead to misspending and lots of other problems, according to Fearless chief growth officer and former EPA chief technology officer, Greg Godbout. He talked about it on Federal Drive with Tom Temin.

Greg Godbout: Thank you. Great to be here.

Tom Temin: I think we last had you in your EPA days. And now you’re with Fearless, a Baltimore software development firm basically.

Tom Temin: Okay, well, that fits in with your 18F experience, too. So…

Tom Temin: But you’ve noticed, and I guess Bloomberg numbers show that, in this year in particular, there’s been almost no contracting activity that happened in the first quarter of this fiscal?

Greg Godbout: Yes, yes. I noticed it, being the chief growth officer responsible for BD and among other things, I noticed like a lack of new contracts starting. That’s really the key is, a lack of new contracts, right? So wondering what’s going on, I started looking into the numbers, and lo and behold, as I was searching I was seeing in the first quarter of this year, compared to the average of the last three years, a decrease in new contracts spend anywhere between 70% and 80%, depending on what part of the sector you look at, which is pretty extreme. I mean, that has not happened before.

Tom Temin: Could that be agencies just because funding is always late pretty much on a routine basis, worried about getting themselves into a position where they’re spending money they don’t have, an anti-deficiency situation? Or do you think there’s something else at work?

Greg Godbout: I think there’s something else, I think the numbers are too extreme. But I would say that if you look at the last seven years, there’s been lots of funding delays and problems with, inside government, that sort of a common thing. And you don’t see the same type of volatile change. I think this is, and this is just my hypothesis, but I think this is related to a little bit from the Trump administration, particularly in the final two months, sort of imploding and not focusing on sort of execution of contracts. And that’s when I started noticing an increased number of contracts just getting extended, extended, we’ll compete that later. We’ll compete that later. And then when you couple that with one of the least cooperative transitions, I would say —

Tom Temin: Yeah, that didn’t go real smooth, did it?

Greg Godbout: Yeah, right? We’ll call it least cooperative. You add an additional delay for the new administration to sort of get up to speed. Plus, you see the new administration, I think, also passing a lot of IT modernization bills, things early on. And they’re clearly planning for some major work, but like an accordion, like kind of crumbling up, these new contracts, eventually you can’t extend the old contracts, and they will jam up towards the end of this fiscal year. And as you know, and most of the listeners who follow the federal government, add that to an end-of-the-year spending crunch, and it’s interesting to me, do we have enough contract officers to handle the crunch?

Tom Temin: Yes. And what about the development cycles too, something you also specialize in? If you don’t start a project until the second, third, or even fourth quarter, you’re not going to get much done to show for the work.

Greg Godbout: I think what I’ve seen, not through statistics, but just through the observations, is you’ll see government modding a lot of existing contracts, so they’re modifying a contract to extend it. That expiration date hits. There are few instances where you see contracts end, and the follow-on contract doesn’t come back in because they couldn’t get it done in time. I think you’re gonna see more of that, which is, frankly, depending on the system could be pretty dangerous, right? But you also have this, they’re doing everything they can to mod and extend it. Eventually, though, you no longer can keep modifying contracts, you’ve got to add them. And there’s workloads gonna come in. The thing I think worries me the most about it, is there’s a huge effort of modernization effort that’s been happening in government for the last several years, right? And there’s a lot of exciting things. And one of the sort of underlying themes of that is the problems in acquisition can get in the way of that, that innovation and modernization. And here, you’re going to double down on that, right? You’re going to have a little bit of the tail wagging the dog, because acquisition struggles will amplify and create behaviors that aren’t for buying value and better quality services, but how do we put money on a contract, right? And it’s to me, the tail wagging the dog. You should be innovating for value not like quick, let’s put money on a contract.

Tom Temin: We’re speaking with Greg Godbout. He’s chief growth officer of software developer, Fearless. And yes, so the other end of that is, you’ve implied, is that there’s this huge spending gush in the fourth quarter. And to some extent, there’s always been a fourth quarter spending boom, but maybe it was another 10% or another 15%. Now it looks like most of the money could end up being expended in the fourth quarter, and to the third and fourth, and so agencies could make a lot of mistakes then, it seems like?

Greg Godbout: I think that’s part of the risk. And I think agencies will, like I first talked about, they’ll find as many ways as possible to try to modify existing contracts, to try to get as much money out. But at the end of the day, we could be looking at a record fourth quarter that hasn’t been seen before in the sense of like, urgency and quick contracts. And I think you’re gonna see some contracts, not get their follow-on money, which means in appropriations wise, they will probably lose that appropriations and that budget for the next year. I think you’re also going to see so much pressure and stress. I kind of feel bad for the contracts officers, actually. Can you imagine what that quarter is going to look like, with program managers breathing down their necks, going “get my money on a contract” or something like that? And that’s going to create stress and mistakes, you know, like any other job when you have a pressure cooker. So it’s worrisome, it’s something the government needs to start dealing with right now, so it doesn’t become a true emergency.

Tom Temin: So if you are a program manager, or you are a chief technology officer, or someone concerned with the development of requirements that will eventually get translated to a contract, I’m guessing that the best strategy you can have is get your requirements established as early as you can, to give the contracting officer some time.

Greg Godbout: That’s a good point. I would definitely try to push as much upfront as possible and try to create a selection process that’s more efficient than in the past. That might mean using perfectly legal, but you could go to the schedules, for example, and you could pick three companies out that you want to go to and ask those three to bid on it. I would be doing everything I can to bring down the time it takes to execute that contract. So, we’ve always needed innovation and acquisitions, now’s the time to execute it so they can get caught up.

Tom Temin: Yeah, because there’s another factor in here, and that is as agencies move to the agile methodologies, the soft DevOps type of concept, you might have an overall eventual program or system in mind, but you’re not developing it in that waterfall way and throwing 300 pages of requirements over to a contractor. You’re doing it in scrums and in releases and testing them and vetting them with users and all of that. So how does that overlay with the need to get contracts out when you’re actually looking for lots of test orders but maybe only one contract?

Greg Godbout: It’s going to be very difficult. I mean, the longer the contract process, the more difficult the second half of this year is going to be. So, I just hope everybody is aware of it. And again, the numbers are on new contracts, right? If you look at the number of new contracts this quarter, it is alarmingly low. And it’s unfortunate because it’s one of those things that, this is why we need government to work better. This is just an example of government needs to be more efficient on these things so that acquisitions isn’t driving quality of service in government, but acquisitions is a driver of good quality services, right? And that the quality services are what we’re buying.

Tom Temin: Greg Godbout is chief growth officer at Fearless. Thanks so much for joining me.

Greg Godbout: Thank you. I had a great time, Tom. 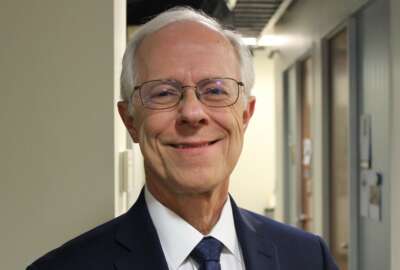 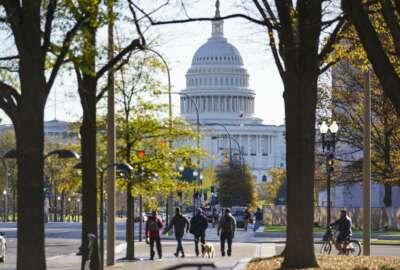