GSA’s $50B IT services contract on hold

Five unsuccessful bidders have lodged protests with the Government Accountability Office over not being included on the Alliant 2 IT services governmentwide acquisition contract.

Capgemini, Harris IT services, Compuline, Kratos Technology and Training Solutions and the CenTech Group submitted complaints to GAO in the last week after being left off of the General Services Administration’s $50 billion vehicle.

GSA awarded 61 large businesses a spot on the IT services contract on Nov. 17. It received more than 170 bids. GAO has until early March to make a decision on the protests.

A GSA spokeswoman said: “GSA does not have any comment on the bid protests filed by unsuccessful bidders. At this time, we are honoring a performance stay as a result of these protests.”

Fernando Galaviz, the president and CEO of the CenTech Group, said his company decided to file a protest because the company was unfairly penalized in the self-scoring evaluation system.

“It’s very simple, in our case, two government officials didn’t verify our past performance information that we submitted and because GSA did not get responses from those agencies, we were downgraded by 600 points and we missed the cut,” Galaviz told Federal News Radio. “If we had those 600 points, we would have been one of the companies that made the cut. We showed evidence to GSA that we submitted the request on time to those agencies, and it’s just that those two agencies didn’t respond to GSA. We don’t know why.”

The CenTech Group holds a place on the current Alliant contract and has won three task orders from the Air Force worth more than $28 million.

Galaviz said winning Alliant 2 is an important vehicle for a company that is no longer small, but not a large multi-billion dollar behemoth.

“If we are required to get a third party from the government to provide a response to GSA and we do not control that third party, then there should be some provisions to accommodate that,” he said. “We didn’t know of the failure until GSA advised us that we didn’t make the cut in our written debrief. We hope GSA will take a common sense and practical action, which would consider that we are being penalized for an action that was out of our control.”

A spokeswoman for Harris IT Services, now known as Peraton, declined to comment on the protest.

Capgemini and Kratos did not respond to requests for comments.

The Alliant 2 effort has been besieged by bid protests over the last few years. GAO has ruled in favor of GSA or the vendor dropped the protest in all accounts leading up to the awards.

GSA’s use of the self-scoring system where vendors didn’t have to propose on cost or price, and instead gave themselves a certain number of points based on the evaluation factors. GSA then set the cut-off point and any vendor who scored themselves under the cut-off point didn’t get an award.

GAO ruled in favor of this system earlier this year. The agency used a similar system for the OASIS professional services GWAC as well as the human capital training vehicle. 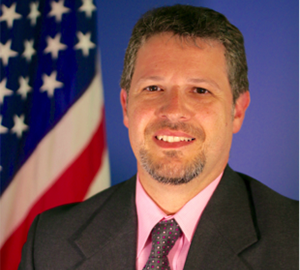