A second cloud vendor has lodged a protest with the Government Accountability Office over the Defense Department’s $10 billion cloud procurement.

“IBM knows what it takes to build a world-class cloud. No business in the world would build a cloud the way JEDI would and then lock in to it for a decade,” writes...

A second cloud vendor has lodged a protest with the Government Accountability Office over the Defense Department’s $10 billion cloud procurement.

“IBM knows what it takes to build a world-class cloud. No business in the world would build a cloud the way JEDI would and then lock in to it for a decade,” writes Sam Gordy, general manager for IBM U.S. federal in a blog post. “JEDI turns its back on the preferences of Congress and the administration, is a bad use of taxpayer dollars and was written with just one company in mind. America’s warfighters deserve better.”

IBM joined Oracle in submitting a protest to GAO over JEDI. Big Blue’s complaint comes the day after bids were due to DoD. Many experts believe IBM joined Microsoft, Amazon Web Services and Oracle in bidding on the 10-year contract. Earlier this week, Google announced it would not submit a proposal.

Bids were due to DoD on Oct. 12, at 12 p.m. Gordy said in an interview Wednesday that IBM will be submitting a bid.

“Ultimately,  we support the concept DoD is working toward: To unite various clouds across DoD in this overarching concept,” Gordy said. “But having done this globally for very large scale businesses, none of our clients in the commercial space would build a cloud this way on a single platform. If you look back, this was sort of the approach when people went to the cloud in the beginning, maybe 5 or 10 years ago. But very quickly businesses and cloud providers learned that is not the right way to do that.”

In the protest, IBM says DoD’s solicitation calling for a single-cloud environment for up to 10 years is a “complete departure” from best practices and moves the Pentagon in the opposite direction of the multi-cloud approach most global companies are using.

“It denies America’s warfighters access to the best technology available across multiple vendors, complicates the integration of legacy applications and walls off access to future innovations,” Gordy writes. “JEDI’s single-cloud approach also would give bad actors just one target to focus on should they want to undermine the military’s IT backbone.”

Gordy said private sector companies understand that optimizing their workloads in the right cloud service is the best appraoch.

“Cloud are developed with different architectures and not all clouds are alike,” he said. “Ours is a business-to-business enterprise level cloud focused on artificial intelligence and analytics. Others are business-to-consumer and others focused on email and back office products and optimized for those workloads. This is why you’d want to go with multi-cloud environment.”

DoD, however, has said on many occasions that JEDI will account for only 15-to-20 percent of all cloud activity. The military services and agencies already have multiple cloud instances in place either, including the MilCloud 2.0 offering from the Defense Information Systems Agency and the Army’s private cloud that IBM won the contract to provide in 2016. The Navy and Air Force also recently announced more than $180 million in awards for commercial cloud services.

Similar to Oracle’s protest, IBM also makes the case that JEDI is limiting competition with a single award, and it goes against the intent of Congress that DoD will benefit from “healthy competition and access to multiple technologies from multiple suppliers.”

Additionally, IBM said the request for proposals restricts competition based on the requirements DoD laid out that “either mirror one vendor’s internal processes or unnecessarily mandate that certain capabilities be in place by the bid submission deadline versus when the work would actually begin. Such rigid requirements serve only one purpose: to arbitrarily narrow the field of bidders.”

Gordy said he couldn’t offer too many details on IBM’s concerns about the award criterion due to the sensitivity of the details in the protest. IBM expects GAO to release a redacted version of the protest in the coming week or so.

“If you look at the gating criteria of awards there are eight gates that call out capabilities and elements of those are written as if they were taken from the technology manual of a particular provider,” he said. “If DoD needs certain capabilities in this way, then there are likely many other ways to provide it.”

“Throughout the year-long JEDI saga, countless concerns have been raised that this solicitation is aimed at a specific vendor. At no point have steps been taken to alleviate those concerns,” he writes. “IBM cloud clients include each of the world’s 10 largest banks, nine of the top 10 global retailers and eight of the top 10 airlines. The Pentagon is a massively complex global enterprise, and we know from experience with some of the world’s largest and most respected businesses that no single cloud environment, no matter how robust it may be, could meet all of its needs for up to a decade.”

Gordy said both Oracle and IBM’s protests are more about the fundamental problems with the JEDI solicitation than anything else.

He said through the normal questions and answer process, IBM tried to work with DoD to improve the RFP by suggesting new contract language and the like.

“We’ve seen changes in RFP, but I wouldn’t say we’ve seen significant shifts,” Gordy said. “Ultimately what we would like to see, and what we argued publicly ought to be done as well as other industry partners and trade associations have said, is the restructuring of the RFP to set in place a multi-cloud environment. That would provide the warfighter and military service men and women the best technology in the world. It’s a massive shift conceptually, but from the mechanics of getting it done in the RFP isn’t not a  big deal.” 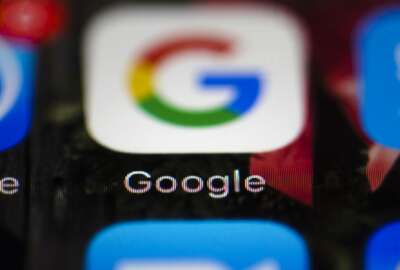