The Defense Department’s $12.4 billion contract for email and collaboration in the cloud hit its first road bump.

Perspecta Enterprise Solutions filed a protest on Sept. 9 with the Government Accountability Office over the Aug. 29 award to CSRA/General Dynamics IT for the Defense Enterprise Office Solutions (DEOS) program.

New details emerged from the GAO filing, including the fact the contract could be worth almost $5 billion more than originally thought. GSA and DoD say the contract is worth closer to $7.6 billion over 10 years, the reason for the discrepancy between GAO and awarding agencies is unclear.

The complaint says Perspecta is challenging the award of the blanket purchase agreement particularly GSA’s evaluation of the bids. Perspecta is arguing that if GSA had done its evaluation properly, Perspecta, not CSRA, would have been selected. Perspecta also alleges that CSRA has a conflict of interest.

Emails to Perspecta seeking comment were not immediately returned.

A GD-IT spokesman declined to comment on the protest.

This is the first major challenge the DEOS procurement has faced since it began in October.

Through DEOS, the Pentagon will implement Microsoft Office 365 and associated capabilities including word processing and spreadsheets, email, collaboration, file sharing and storage.

“DEOS has been largely pursued under the radar, at least compared to JEDI, maybe in part due to GSA’s involvement. That said, I guess I am not surprised to see a protest filed related to the DEOS contract award,” said Mike Hettinger, founding principal of the Hettinger Strategy Group. “Whenever you’re looking at a contract worth $8 billion over 10 years, you can expect to see the unsuccessful bidders raise questions about the award, particularly at the Defense Department where there has been heightened focus on big dollar, nose-under-the-tent IT awards for the last two years. It will be interesting to see how this protest plays out and if others follow.”

The Government Accountability Office has until Dec. 18 to make a decision on the complaint. 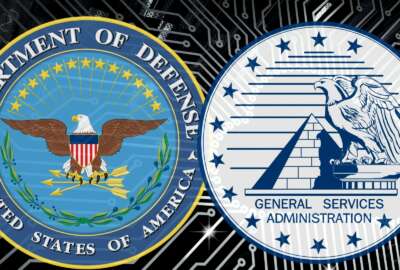 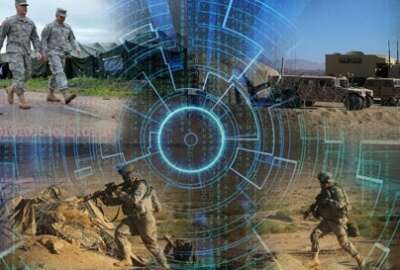