How volatile was 2020 for contractors? Deltek’s survey tells us

Kevin Plexico, the senior vice president of information solutions at...

Kevin Plexico, the senior vice president of information solutions at Deltek, said the survey serves as a benchmark in many ways for how contractors at the federal, state and local levels are faring.

Plexico said the survey showed vendors with established relationships and long-term contracts saw business increase in 2020, while others who were trying to break into a market struggled more.

“I think it really depended on whether you were talking about working with existing customers and clients where I think you probably had, for the most part, agencies that were eager and a willing buyer on the other side to work with, versus a situation you might have been trying to form new relationships and mine for new opportunities, in which case you’re probably struggling to make connections with people who didn’t know you, and were probably pretty busy dealing with their own agency challenges with the pandemic,” he said.

“Given the global pandemic, there was a lot of volatility that was faced. And one significant thing we did see was businesses telling us that coordination with clients was a real top priority for them and pivoting to being successful in that virtual,” said Dan Firrincili, the senior manager for product marketing at Deltek, in an interview with Federal News Network. “For example, we asked what the top challenges were through the pandemic, and 63% of respondents called out that just coordinating with clients was a top priority for them. In addition to that, there was that there is a lot of optimism that’s in the industry as well; that’s reflected in the report. One data point to share there is that I believe it was 71% of the survey takers, and that includes small, medium-sized and large businesses indicated to us that they expect that their government sales are going to bounce back in a big way in 2021.”

Deltek found confidence in the market is a bit lower in 2020, but still vendors remain optimistic for this year.

Plexico said that excitement for “the next year” isn’t unusual, but he puts more credence into the hopefulness given changes in the administration and Congress.

That confidence also is supported by the success many vendors had in 2020.

Survey respondents said their win rate was relatively flat at 40%, with medium-sized businesses struggling more than others at 34% and small businesses seeing an increase of 3% over 2019.

“It’s typically a key benchmark for us on the business development side. I think the note on win rate, perhaps, is just to keep in mind for the federal BD trends is that win rate can be affected by your aggressiveness in terms of how aggressive are you being in seeking new business,” Firrincili said. “For example, a company that’s bidding in safe situations where maybe they have the relationship that’s very much established and they know that they’re going to win, they may have and may report to us a higher win rate, but they might, as a result, be overlooking some opportunities and limiting themselves to a lower base of possibilities.”

Firrincili said more vendors say they are embracing a new way of selling and teaming given what happened during the pandemic.

“One of the trends that we’re seeing is that a lot of businesses in 2020 put a lot of emphasis on optimization of processes. It’ll be interesting to see if a lot of businesses right now have people doing a lot of things with or doing more things than they have before on the business development side of things,” he said. “I think they’re all thirsty for purpose built technologies and insights that can allow them to perform well in their roles to support the increasing demands that they’re feeling. So I think that’s going to be another thing that’s interesting to see how that evolves over time.”

To that end, most vendors, particularly large ones, say they expect to increase their spending on business development.

“One of the things that bubbled up that we haven’t typically seen from government contracting is increased investment in marketing spend, and online marketing as a way of finding opportunities because I think people realize we can’t press the flesh anymore,” Plexico said. “We can’t go out and meet with these people physically, we need to find other ways to interact with them and communicate with them and figure out a way to pull them out of the woodwork to form those relationships.”

Plexico added survey respondents say it was easier to interact directly with customers during the pandemic than previously, partly because of the virtual nature of the meetings.

Another interesting, but not necessarily surprising trend, is the focus on cybersecurity from industry. Plexico said the rash of cyber incidents and the emerging requirements like the Cybersecurity Maturity Model Certification pushed companies to raise the bar through larger investments in tools and capabilities.

“The other one is the cloud migration theme. A lot of companies are looking at cloud as a way of achieving cost savings, but also a way of insulating that application from physical requirements, and taking advantage of that as a new way to work,” he said. “At the same time, moving to the cloud is enabling their employees that are remote to engage in those applications as they need to. I think the other thing that’s going to just wrap up with this and be really interesting is to see how this business development environment evolves, when it came from this traditional, again, people traveling to conferences, going to industry days and feeling like they have to be the road warrior type to make contact and press the flesh, so to speak with both government, buyers, as well as the potential partners. I think it’s going to be interesting to see how this dynamic changes and evolves.”

Survey respondents say they also are using the cloud, data analytics and other technologies to improve internal processes. Vendors said big data, data science and artificial intelligence are among the top three most important technology tools they are looking to apply. Interestingly, more than half said blockchain and wearable technologies were not important technology tools at this time.

“In 2020, business concentrated the application of technology trends into operations, while retaining focus on project fulfillment and sales. Leveraging technology for infrastructure to buttress support functions was a lower priority relative to driving, capturing and maintaining revenue,” the survey stated. “Businesses continue to prioritize the implementation of new security policies and procedures to address the top IT challenges. Companies seek to do more with less by moving more functions to cloud service providers. This does not eliminate the need for dedicated staff but can free them for other more strategic initiatives for the organization.” 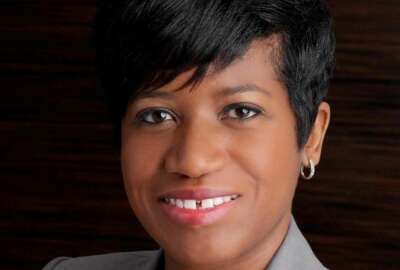 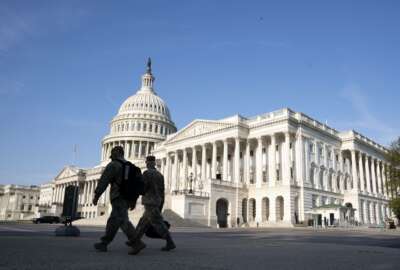