Disability employer was a mandated source for body armor, but DLA opened up bids to others

When the government establishes a mandated source of supply, that means there’s no way around it. That’s what the Defense Logistics Agency found when it issued a solicitation for body armor parts. Smith Pachter McWhorter procurement attorney Joseph Petrillo shared more about the case on the Federal Drive with Tom Temin.

When the government establishes a mandated source of supply, that means there’s no way around it. That’s what the Defense Logistics Agency found when it issued a solicitation for body armor parts. Smith Pachter McWhorter procurement attorney Joseph Petrillo shared more about the case on the Federal Drive with Tom Temin.

Joseph Petrillo: This case arises from a Defense Logistics Agency solicitation for a competitive procurement for something called Advanced Tactical Assault Panels or ATAPS and they’re apparently multipurpose vests worn by soldiers, which they can keep their equipment and protective plates or ballistics purposes. The Defense Logistics Agency issued the solicitation, but the bests in question these ATAPS were covered by a program set up many years ago in the 1930s by the Javits-Wagner-O’Day Act, it’s now called the AbilityOne program, the purpose is to promote employment among the blind and severely handicapped, and the severely handicapped portion of the program is administered by a nonprofit agency called Source America. And what happens under the program is that a nonprofit agency that employs severely handicapped people can become a mandatory source for items or services required by the federal government. And in this case, ATAPS was on that list of things that are covered. And the mandatory source was a company called SEKRI.

Tom Temin: And it turns out SEKRI felt that it didn’t need to bid on this because it is the sole mandated source.

Joseph Petrillo: Right. So why was DLA issuing a competitive solicitation? When SEKRI heard out about that it went to Source America. Source America went to DLA and said, Well, wait a minute, this is on our list. There’s a mandated source. And DLA went ahead and said no, we’re going to go for it with a competitive solicitation sector, you can submit a bid if you want to. But DLA did not seek an exception from Source America from the mandatory source program, which it could do, but it I guess, either didn’t qualify or didn’t bother. So in this instance, the procurement proceeded, offers were submitted. And at that point, SEKRI filed a protest with the Court of Federal Claims. Now, the court looked at the requirements for filing a protest. And the trial court at the Court of Federal Claims held that it had not met two of them. First of all, it was not an actual or prospective bidder. It didn’t submit a proposal, and that’s one of the requirements. Secondly, it had not objected to the solicitation before the close of the bidding process.

Joseph Petrillo: Exactly. And GAO, that’s covered by a rule and the Court of Federal Claims. It’s an appellate decision that set that up called the Blue and Gold rule. And in this case, the Court of Federal Claims said no, you you’re not going to be able to submit a protest here. But secondly, didn’t stop at that answer. It appealed to the U.S. Court of Appeals for the Federal Circuit, which then reversed the lower court. SEKRI was found out to be a prospective bidder. The failure to submit a bid or file a protest during the bidding period, didn’t bar its later protest to the Court of Federal Claims, because it was a mandatory source that gave it a special position. The Federal Circuit reason that Congress had set up this program specifically to avoid entities like SEKRI from having to participate in the competitive bidding process. It’s the other way round, the law imposes the obligation on federal agencies to acquire listed items from their mandatory sources unless they get an exception.

Tom Temin: We’re speaking with Joseph Petrillo. He’s a procurement attorney with Smith Pachter McWhorter. So then the solicitation was pretty much cancelled out and DLA would have to go through SEKRI. By the way, SEKRI stands for Southeastern Kentucky Rehabilitation Industries, Inc. And so they get bid period?

Joseph Petrillo: Well, not quite yet. I mean, the issue here was whether SEKRI can bring a protest and the protest was dismissed before it was really heard. And as they mentioned, the Federal Circuit decided on the question of being as prospective bidder. It didn’t make sense to require sources under the Source America program to monitor all solicitations and file protests with the agency. The other issue on appeal was whether it needed to object to the solicitation before award. And the Federal Circuit thought in this case that it was sufficient that SEKRI went to Source America which went to DLA and said, hey, you’re getting this mandatory source item in the wrong way. The court also stated that it hadn’t previously extended this rule this Blue and Gold Rule to the AbilityOne program, so it leaves open the possibility that the rule doesn’t apply here at all. But now since the appeal was granted, the case goes back to the Court of Federal Claims which now must adjudicate the bid protest. It will determine whether or not SEKRI should have received to this contract instead of having it go through the competitive bidding process.

Tom Temin: Right. So we don’t know the final disposition of this.

Joseph Petrillo: No, we don’t. But the lesson here for federal agencies is that if you’re ignoring a mandatory source of supply, you’ve got to be diligent about following the rules getting an exception or you’re leaving yourself open for a protest even after bids and proposals are due. 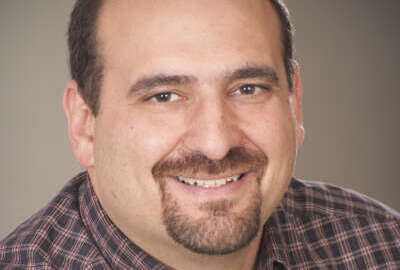 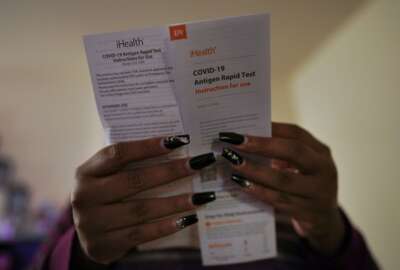