Can the money that brought us Facebook and PayPal bring us better defense technology?

A new office opened by the Department of Defense will pull in private equity to fund new technology and help it go the distance from development to full blown product. The Office of Strategic Capital (OSC) will partner with private capital to bridge the gap for what is called “the valley of death” — the time from when a product emerges from the laboratory to when it achieves full-scale commercial production.

A new office opened by the Department of Defense will pull in private equity to fund new technology and help it go the distance from development to full blown product. The Office of Strategic Capital (OSC) will partner with private capital to bridge the gap for what is called “the valley of death” — the time from when a product emerges from the laboratory to when it achieves full-scale commercial production.

The push for new technology comes as the United States faces threats to technological superiority from China and other adversaries across the globe who support research and development with government funding.

“I think we have to look at how do we encourage those emerging technology companies, those startups, to take pretty exciting things that are going on there, and get that into a scope that’s applicable and usable for the military and do that in a shorter period of time,” said Rep. Rob Whitman (R-Va.) at the Reagan National Defense Forum in Simi Valley, California on Dec. 3.

Although the OSC is still in its beginning stages, efforts are well underway to open the wallets of tech-focused venture capitalists who might be interested in defense projects.

“I was in Silicon Valley this past weekend and I do see a coalescing of focus based on current events in the interest of national security” said Gen. Charles Brown, Air Force chief of staff.

The OSC joins a group of organizations the DoD uses to fund innovation. The Rapid Defense Experimentation Reserve stood up last year as a joint effort between combatant commands, industry and coalition partners to find and nurture new warfighting capabilities. The Defense Innovation Unit claims a similar mandate. While most mechanisms for funding technology focus on early stage research and development, OSC will specifically target the middle stage. It will also try to help smaller companies navigate the complexities of getting their product into an actual defense contract.

“This is where we’re looking to small companies, as well as non-traditionals. Do they have a solution to solve a problem that we have that we can help them bridge valley of death?” said Undersecretary of Defense for Research and Engineering Heidi Shyu. “The Office of Strategic Capital will help small companies to figure out if they need to ramp-up in production, to help them with capital to ramp up production.”

If money is part of the equation for success, the other part is time, and that means compressing the timeline. Shyu said her department helped 10 small companies move products through the development process with a timeline they managed to shorten by two years, but she said the process of acquisition continues to be a huge stumbling block for smaller companies trying to launch defense products.

“I think it’s fair to say that the speed with which the small incubation companies get to market with something that is commercially relevant and applicable to DoD has been too slow,” said Google Public Sector CEO Karen Dahut. “It is fair, however, to say that those companies have not been able to get to a scaled program inside the department.”

Brown said along with encouraging new products, he hopes partnering with Silicon Valley capital will also help the OSC find companies with commercial applications that can be adapted for defense purposes. He cited SpaceX and Nvidia, the gaming company that became a pioneer in microchips and artificial intelligence, respectively, as the type of companies he is looking for.

“What we’ve got to do is actually pick some winners, and get some of the small companies to a point where they will to be able to go execute,” Brown said. What government agencies seeking innovation could learn from venture capitalists 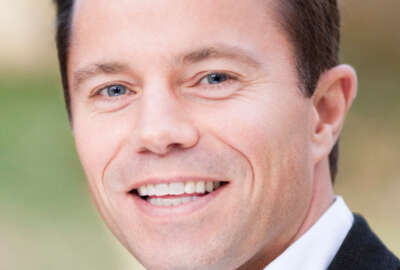 Venture capitalist warns US could lose technology race with China