Last week’s Senate markup of that chamber’s version of the annual Defense authorization bill was conducted with even more secrecy than usual, so it will be another few days before we see the actual text of the legislation the Senate Armed Services Committee approved. But it includes several provisions that are meant to crack down on what committee members believe is wasteful spending on software programs (and hardware programs that are highly dependent on software).

Last week’s Senate markup of that chamber’s version of the annual Defense authorization bill was conducted with even more secrecy than usual, so it will be another few days before we see the actual text of the legislation the Senate Armed Services Committee approved. But it includes several provisions that are meant to crack down on what committee members believe is wasteful spending on software programs (and hardware programs that are highly dependent on software).

Perhaps most significantly, the Senate version of the NDAA would completely eliminate funding for the Army’s Warfighter Information Network-Tactical, the family of airborne, satellite and land-based communications systems the service has described as the backbone of its future tactical network. The Army has already spent $6 billion on WIN-T and had requested more than $400 million to continue developing and fielding its second increment in 2018. Sen. John McCain (R-Ariz.), the committee’s chairman, recently characterized the program as a “debacle.”

The committee’s decision was largely based on an independent report on WIN-T’s progress and status that Congress first commissioned two years ago. The results are now in, according to a congressional staff member who described them as “damning,” though they have not yet been made public.

“Our intent is to give the Army some space to take a look at the entire [tactical] network. It’s not just WIN-T, it’s the entire network, which is a very complicated thing,” said a second senior staffer who described the bill and the committee’s thinking to reporters on condition of anonymity. “The report is rather clear about the concerns, which, by the way, are the same concerns the chief of staff of the Army has.”

Army Chief of Staff Gen. Mark Milley testified last month that he’d directed an internal review of WIN-T and other elements of the battlefield network because he worried that they were too fragile to survive the real-world combat conditions he envisions the Army operating in, including that it may not work in dense, urban areas.

The decision on WIN-T may set up a conflict with the House once the two chambers pass their final versions of the NDAA and begin work in a conference committee to reconcile their differences. The House has already passed language that would accelerate the deployment of WIN-T in 2018, including $114 million in funding above the Army’s request to field the system to two more brigades.

The Senate bill makes other major cuts to Army networking programs, including reductions of $150 million and $200 million, respectively, to its Distributed Common Ground System and its Integrated Air and Missile Defense Battle Command System.

But Senate officials made clear that the problems their chamber sees with WIN-T are emblematic of larger, ongoing frustrations with the way the Defense Department develops software-intensive programs.

“The committee reduces the authorized funding for many underperforming programs that heavily rely upon software and information technology,” according to an executive summary of the bill. “While the DoD has committed billions of dollars to systems that would empower the warfighter with a common picture of communications, command, and control in order to manage operations within and across all domains, the department and its partners in the defense IT industrial base have been unable to deliver many of these capabilities.”

To remedy the problem, the bill the committee approved behind closed doors includes several provisions that are meant to pressure the military services to adopt industry best practices when they’re developing software programs instead of defaulting to the well-worn procedures it employs for purchasing large weapons platforms, one committee staffer said.

“The department is actively working on changing that, and what we sought to do is facilitate that, catalyze that,” the person said. “It’s a push-and-pull, and you’ll see a number of provisions around, for example, taking very large software programs and beginning to break them apart into smaller programs, beginning to require the use of commonly-held commercial practices about developing software the right way. It’s agile development, testing concurrently, getting capability out and updating it in real time so that software development just becomes a continuous activity, rather than something that you move through for years before you finally get into procurement and testing.”

Indeed, the career civil servant who’s currently performing the duties of the undersecretary of Defense for acquisition, technology and logistics has characterized the application of the traditional linear, milestone-based rules to software development as “stupid.”

That official, James MacStravic, told an industry conference last month that he was actively working to change the department’s culture in that regard, including through a newly-published instruction on the acquisition of business systems.

“The most important thing you can do in procuring a business system is knowing what your requirement is,” MacStravic said June 1 at an Army IT gathering organized by AFCEA NOVA. “That’s the functional community’s job, not the acquisition community’s job. We can structure the conversation in a way that helps inform acquisition choices, but we’re not building anything — it’s already been built. However, the model we were using was assuming you were designing something from scratch. People were being inspected that way, and of course, they were failing. They were trying to comply with a model that wasn’t effective, and so I, the chief information officer and the deputy chief management officer signed an instruction that said, ‘Can you please stop doing that?’” 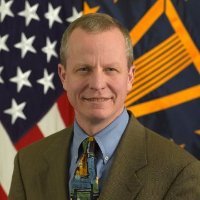