The Army’s top acquisition official says he is testing out a new approach to get emerging technologies across the “valley of death” and transition into the service’s formal acquisition programs.

The keys to success, the thinking goes, are a pool of money set aside for just that purpose, plus the political top-cover that can only come from the highest levels...

The Army’s top acquisition official says he is testing out a new approach to get emerging technologies across the “valley of death” and transition into the service’s formal acquisition programs.

The keys to success, the thinking goes, are a pool of money set aside for just that purpose, plus the political top-cover that can only come from the highest levels of the Army’s acquisition bureaucracy.

It is an effort to address what Bruce Jette, the Army’s new acquisition executive, said is a problem that continually crops up when a technology package explicitly designed for a particular weapon system is technologically-mature enough to transition its way into the official program of record.

Too often, he said, those transitions do not actually happen, because the program manager worries that integrating the new widget will cost too much money, slow the program down, add too much risk, or all of the above.

“That gives you a situation where nothing happens, except that the researcher is frustrated and the PM is annoyed. But my assessment is it’s the result of poor leadership at the senior level — my office,” Jette said.

His team will establish a fund specifically to cross the valley of death, but he said they will be selective about which things will actually go transition from research to programs. That selection process will involve discussions with individual program managers whose projects are the subjects of new technologies the Army’s acquisition leadership wants to help sponsor.

“If I ask the PM what that does to the program, and he or she says it’s going to cause it to slip by six months, well, that’s a leadership decision,” Jette said. “Then, we also fund the transition. There may be 20 that are ready to go at any given time; there may be five, but at least we will have done so deliberately and with forethought.”

Jette, who was sworn in as the assistant secretary of the Army for acquisition, logistics and technology in January, said the technology fund is just one change he has made over the past several months to try to increase the pace at which the Army adopts new technologies into its programs.

Attracting innovators a must

Another is the Army Technology Incubator and Accelerator, an initiative he announced at the Association of the U.S. Army’s conference in Huntsville, Ala. this week.

It is meant to address another big gap between innovation and formal Army programs: the one between the government and non-traditional companies.

The idea is to invite small firms to make pitches to Army R&D officials, then let those officials enter into on-the-spot small business innovative research (SBIR) contracts. The Army tested the approach for the first time this week with vendors attending the AUSA conference.

“In this first one, we focused on Army command and control and position, navigation and timing,” he said. “In the [Washington, D.C.] AUSA meeting in October, we’re going to expand that, and add directed energy, artificial intelligence, ultra design materials, quantum computing and the Internet of Things.”

The Army wants to make it easier for private-sector innovators to approach them, possibly through venues beyond AUSA conferences. Jette said the service cannot be ignoring technology development in the commercial sector and is also trying to refocus its own R&D enterprise.

While the Army’s own workforce should have a clear understanding of commercial industry’s capabilities, he does not want it to expend its own resources in ways that replicate private sector research. Rather, the Army’s research base should spend its time on military-unique capabilities.

But not just any capabilities.

Increasingly, he said, the Army’s science and technology funding is going to be redirected into research programs that closely align with the service’s top six modernization priorities.

A forthcoming policy Jette intends to sign next week will tell the Army’s lab directors that at least 80 percent of their spending for late-stage technology development — 6.3 and 6.3 budget activities — needs to have a direct connection to the Army’s priority programs of record. Also, 60 percent of their funding for basic and applied research — 6.1 and 6.2 — will need to have some connection to those areas.

“The 60 percent is where you can see a relatively clear relationship between whatever that research is and some militarily-unique application,” he said. “For the other 40 percent, the lab director has pretty good discretion to spend it against any project that he or she thinks is an appropriate application of the funds.”

Jette said he wanted the lab director to look for unpredicted innovations, as well as for those with a tenuous connection who would provide a huge payoff.

“We can’t incrementally engineer breakthroughs,” he said. “So we’re trying to give them the freedom to do that.” 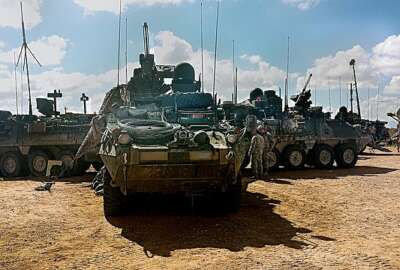 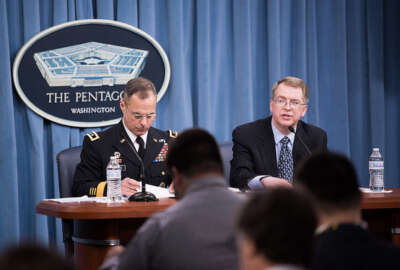