The Defense Department’s fascination with Silicon Valley is getting even more intense as the Office of Naval Research opens its new innovation cell.

ONR is following in the footsteps of DoD’s Defense Innovation Unit Experimental (DIUx) and other military organizations in turning to tech companies’ business practices to increase the pace of research and award contracts faster.

ONR’s Naval Innovation Process Adoption (NIPA) calls on experts from across the Marine Corps and Navy to collaborate...

The Defense Department’s fascination with Silicon Valley is getting even more intense as the Office of Naval Research opens its new innovation cell.

ONR is following in the footsteps of DoD’s Defense Innovation Unit Experimental (DIUx) and other military organizations in turning to tech companies’ business practices to increase the pace of research and award contracts faster.

ONR’s Naval Innovation Process Adoption (NIPA) calls on experts from across the Marine Corps and Navy to collaborate and deliver new equipment to troops in the field.

“The National Defense Strategy states it clearly,” Richard Carlin, head of ONR’s Sea Warfare and Weapons Department said in a release. “We are in a new era of challenges, with adversaries making dramatic gains. As technology advances faster than ever before, and both state and non-state actors having access to it, the naval research community needs to accelerate accordingly.”

The initiative started on March 29 and will work specifically on contracting issues impeding the speed of acquisition.

NIPA is embracing H4X, “which combines some of the best entrepreneurial methodologies found in Silicon Valley—designed by Steve Blank, an adjunct professor at Stanford University; retired Army Col. Pete Newell, former head of the Army’s Rapid Equipping Force; and the team at BMNT, a company that builds tools to solve some of the world’s toughest problems,” the release stated.

“Using best-of-breed tools and methodologies, H4X was built as an evidence-based, data-driven, disciplined process for solving the world’s toughest challenges at speed and scale,” said Newell. “We are exceptionally proud of the results achieved by others who have applied it in the DoD and intelligence agencies, and look forward to seeing it drive innovation for our naval forces.”

Offices like NIPA are nothing new to DoD in the last couple years. Former Defense Secretary Ash Carter created DIUx with some of the same objectives in mind. DIUx is also charged with courting Silicon Valley-type companies for contracts.

DIUx pioneered the use of Commercial Solutions Opening contracts.

The process leans heavily on significant expansion of “other transaction authorities” Congress granted to all DoD components in 2016’s defense authorization bill, including waiving requirements to comply with government cost accounting standards, giving more flexibility to negotiate intellectual property rights on a project-by-project basis, and adding the ability for DoD to use the speedier OTAs for production of fielded systems — not just prototypes — as long as it’s dealing with small or “non-traditional” companies.

Now the military services and DoD components at-large are starting to take notice.

“This mechanism is just so much faster and so much more attuned to getting something quickly that we want today and not have to spend a couple years going through a protest, going through this huge process to get something we wanted two years ago,” Air Force Director of IT Acquisition Process Development Maj. Gen. Sarah Zabel said during an Oct. 19, 2017 speech. “Everyone is very enthusiastic about OTAs. Still learning how to use them, still growing in the use, but they’re performing very well.”

OTAs can take many forms, but are typically used to build prototypes of systems outside of the Federal Acquisition Regulations.

Prototype contracts can be up to $250 million and must use a nontraditional defense contractor, have all of its participants be small businesses or have at least a third of its total cost paid by parties other than the government.

Industry typically creates consortia around certain acquisition areas. Each consortium is built of businesses of all sizes who want to participate.

The Air Force is also jumping on the boat. The service recently created a charter to make its rapid capabilities office authorities easier to use for larger weapons systems. 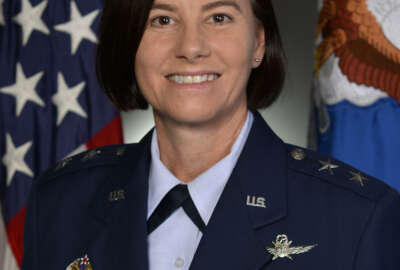 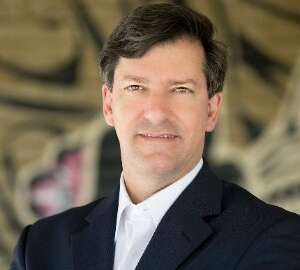