New innovation awards get DoD, industry and academia in the same room

Universities are always conducting research. It’s what they do. In the Defense Department’s effort to look outward and gobble up innovative technologies, the Pentagon is pairing its people with lead researchers at universities and businesses to reduce the time it takes to get a product.

The thought process goes like this: the researchers are already doing something interesting and industry is hungry for new products, why not bring them all together to share resources and let DoD benefit too?

The pilot program is called the Defense Enterprise Science Initiative (DESI), and in August, DoD’s Basic Research Office — part of the new research and engineering undersecretary’s office — gave out five awards to university and industry pairings across the nation.

Half the funds go to the university and the other half to the industry partner.

“What we are trying to do with this particular thing is accelerate the impact of basic research on defense capabilities,” said Bindu Nair, DoD deputy director for basic research in an interview with Federal News Network. “We’ve known for a long time that basic research, which is unfettered, curiosity-driven research, is critically important to the economic engine that runs the country and certainly to the Defense Department.”

The DESI projects range from power beaming, a collaboration between Boeing, Arizona State University and Syracuse University, to highly maneuverable autonomous drones, a pairing between Stanford University and Skydio.

“[DoD research and engineering undersecretary] Michael Griffin has very often talked about how important it is to be faster and more agile in getting some of the very important and good work that we do out into the field as fast as we can,” Nair said. “One of the ways that we think of doing this is to build this ecosystem that allows us, very quickly, to pull things from basic innovation up. There are a bunch of different programs we are using to do this, DESI being one of them.”

One DESI project images objects in low-earth orbit. The area surrounding the close earth orbit is seeing a sharp increase in the number of objects it holds because companies and countries are sending satellites up into the space.

“There is a need, in addition to surveilling what’s happening, to be able to image these things,  down to the size of a few centimeters to be able to say what is actually up there,” said George Papanicolaou, DESI award winner and mathematics professor at Stanford University. “When this opportunity came to combine our theoretical and numerical computations with actual hardware and the industrial expertise our industrial partner has, that’s an opportunity we didn’t want to miss.”

“George’s approach uses conventional radar transmitters, but it has receivers above the atmosphere so we won’t have as much beam degradation; we should be able to do much smaller objects and objects that are moving much more rapidly,” said Stacie Williams of the Air Forces Office of Scientific Research.

Williams said she appreciates DESI because there is a huge divide between basic research and the transition to an actual product. Williams said she will be putting Papanicolaou in contact with DoD operational teams and other people who can help with the effort.

So what does industry get out of all this?

“This application can really benefit from an entirely different area of research that is commercially driven,” Papanicolaou said.

Self-driving cars use radar, and making sure that radar doesn’t degrade and is on point is extremely important.

Our industrial partner “is very knowledgeable about this new equipment coming out and that is what we are trying to use. This is a very interesting synergy. What will come out of this a year or two down the road could be very interesting,” Papanicolaou said. 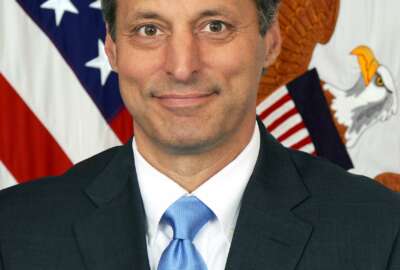 Innovation has been neglected in the defense sector 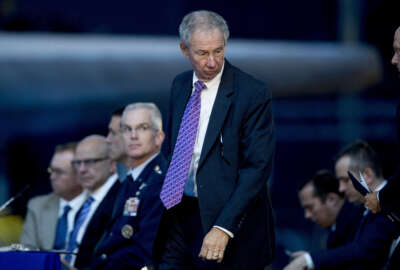